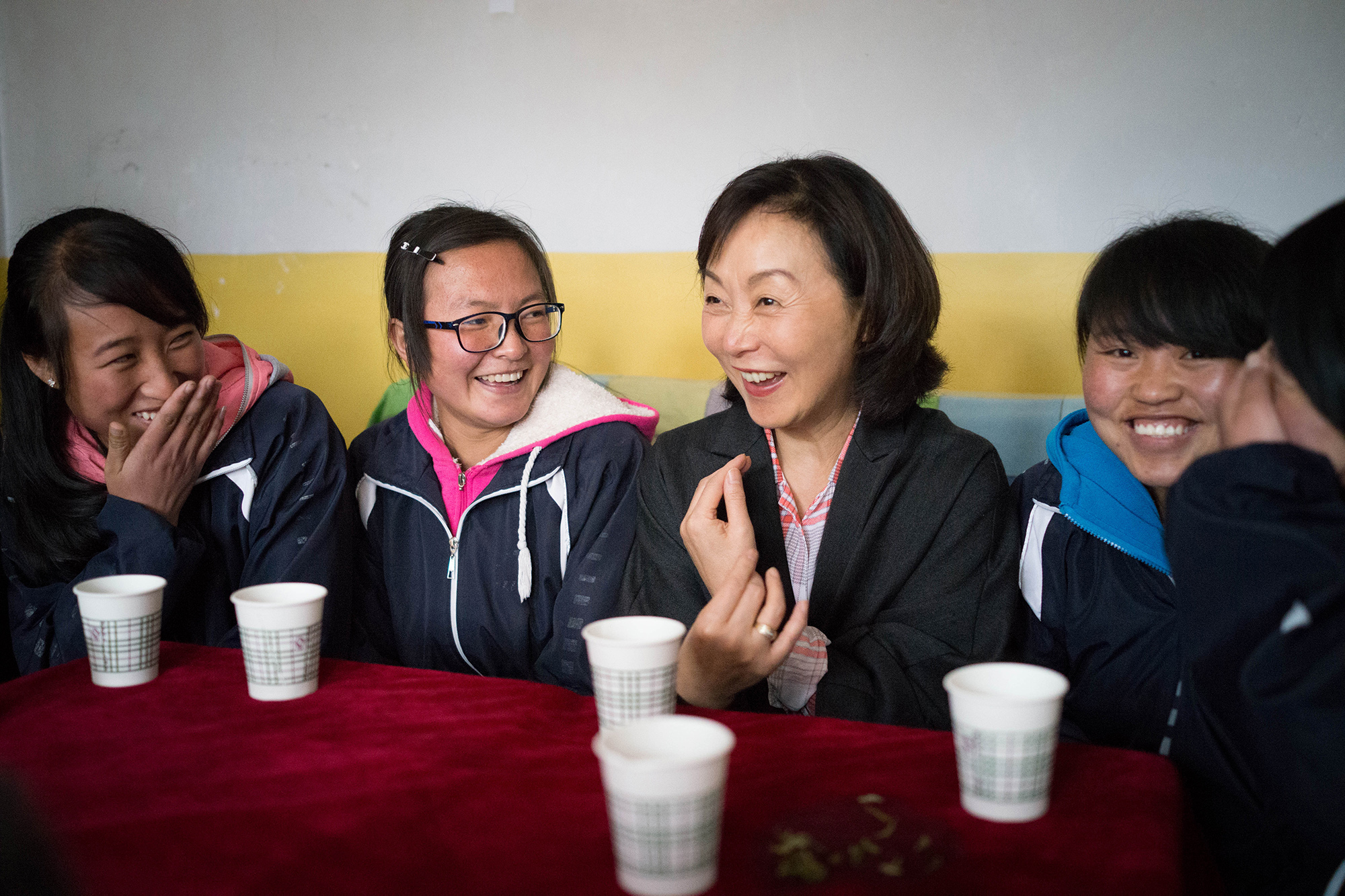 At AmCham China, we rarely need an excuse to throw a party, but it is always better to have a reason. Since 2003, one of our most popular signature events, the American Ball, has raised more than RMB 12 million for charities across China. This annual event is an opportunity for the foreign business community to celebrate and recognize the commitments our members make to the people of China, with the proceeds donated to organizations in China that are helping improve the lives of some of the most vulnerable segments of society.

This year, AmCham China will be donating the proceeds of the American Ball to a very unique organization with a profound connection to China’s modern history. Founded by Ching Tien, Educating Girls of Rural China (EGRC) is bringing unparalleled opportunity to the women in one of the poorest parts of China – Gansu Province.

Click here to listen to our complete interview with Ching Tien.

In Gansu and in other rural areas of China, residents often face enormous difficulty in accessing education opportunities, and that situation is exacerbated by gender inequality. Research conducted in 2013 found that poor, rural women were the least likely of any group to go to college.

As a young girl, Tien and her mother were sent from Beijing to Gansu Province because of the Cultural Revolution. During the eight years that she lived there, Tien was deeply affected by the poverty and inequality. “Back in Beijing, particularly my environment, my family background, I never really felt being a woman was a disadvantage,” she said. I never felt I wasn’t as good as boys, but back in Gansu girls were engaged when they were eight or nine and got married when they were 12 or 13.”

Not only do the women who finish school have better earning opportunities to financially support their families, but some of the graduates have even joined EGRC.

Her mother’s work in some of the poorest communities left Tien with many stories of the abject poverty at that time – families sharing a single pair of pants, too poor to afford chopsticks or bowls. While the economic situation has improved in the last 30 years, the inequalities between women and men still exist. “It's not uncommon that girls are asked by their parents to quit school in order to start working and earn money to support their male siblings’ education,” Tien said.

EGRC focuses on alleviating the financial burden of education by providing young women with up to 100 percent of the cost for attending high school; graduation allows the women to attend university and to have access to government funding, while EGRC also covers about 40 percent of costs for university students.

Notably, this has a cascading multiplier effect back in the homes and communities of the women who are funded by EGRC. Not only do the women who finish school have better earning opportunities to financially support their families, but some of the graduates have even joined EGRC.

Raffle prize winners are announced during the 2016 American Ball. Since 2003, AmCham China has raised more than RMB 12 million for charitable contributions.

Yunxia Zhang, who was able to attend university and find a job working for a real estate company in Shanghai due to EGRC’s programs, recently left Shanghai to work in EGRC and give back to her hometown. “I think I can do something different than building houses, so I became more and more interested in education,” Zhang said. “I think EGRC will be the starting point for me.”

The money raised by the American ball will be used to sponsor a high school program in Yuzhong County and Min County in Guansu province. For more information about EGRC, go to their webiste. Or, to learn more about the American Ball, head to our event page.