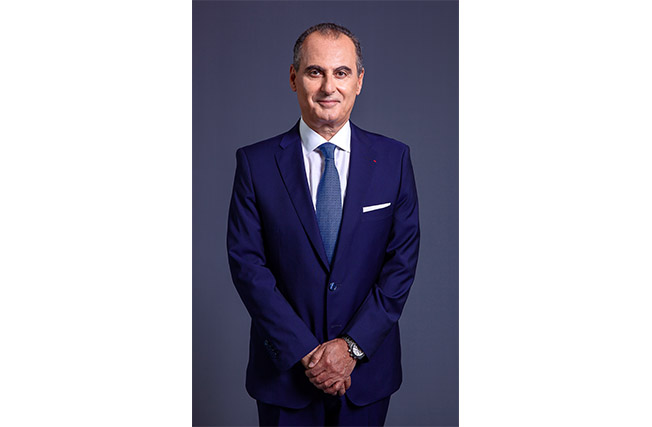 I was appointed as CEO of IBM Greater China Group in April 2019.

IBM has more than 20000 employees in China and is a key technology contributor to most of the key State-Owned Enterprises and Multi-National Companies in the country.

As an individual, I have always admired China. In my family, we consider China as a land of opportunity of course but we also admire the culture, the rich history and the impressive growth that China has achieved in a very short period of time.

IBM and many other US based Companies are honored to have been able to contribute to this rapid development.  IBM’s business history in China, dates back to 1936.  Across the years, we have witnessed and successfully navigated periods of tension, uncertainty, and change.

Since China’s reform and market opening policies began in the late 1970s, and further accelerated with China’s entry to the WTO, our business in China has grown considerably through increased access to the country’s market.  Today, our technology can be found throughout Chinese industries and plays an important role in the country’s financial system.

But recently we, like all businesses operating in China, are facing a period of heightened uncertainty with tensions in the economic relationship between China and the United States.  IBM will continue engaging both US and China governments to urge them to resolve the current tensions in a way that expands business opportunities and market access for companies everywhere.  Because we believe that engaging with governments – even when we disagree – is the best path to good policy outcomes.

However, with the unique position of AmCham in China, we IBM, could play an active role to enhance the business environment in China for all US based Companies.

As the former Chairman of AmCham in France, I had to deal with many similar experiences: such as adverse tax policies and protectionism, so I am definitely able to contribute to promote the development of commerce with mutual interests in China.

I am convinced that AmCham is playing a crucial role to support our members in China. I would appreciate your vote and, if elected, will be honored to serve.

Alain Bénichou was appointed as CEO, Greater China Group (GCG) in April 2019. The GCG region includes Mainland China, Taiwan, Hong Kong and Macau. Prior to this position, Alain was General Manager Global Enterprise & Commercial, responsible for total IBM revenue for Enterprise and Commercial accounts in the 175 countries where IBM operates.

In 2016 he was Global Vice President, Strategy & Solutions in charge of strategic transformation projects and led the global Industry Solutions Sales teams, Technical Sales and Industry Solution Centers. Between 2010 and 2015 Alain was President of IBM France, leading all IBM operations in France. Prior to that Alain held managerial positions with IBM business units based in New York USA, and Zurich Switzerland.

In 2015 Alain was elected President of the American Chamber of Commerce in France where in launched the "Next Gen" initiative aimed at reinforcing start-up companies in their quest for growth and transatlantic collaboration. Alain is also Chairman of the “Institut Henri Poincaré” – the French organization regrouping all Mathematics associations.

Alain graduated from CentraleSupelec engineering school in Paris, and holds the rank of Knight of the “Légion d’Honneur” in France.

He is currently resident in Beijing, China.