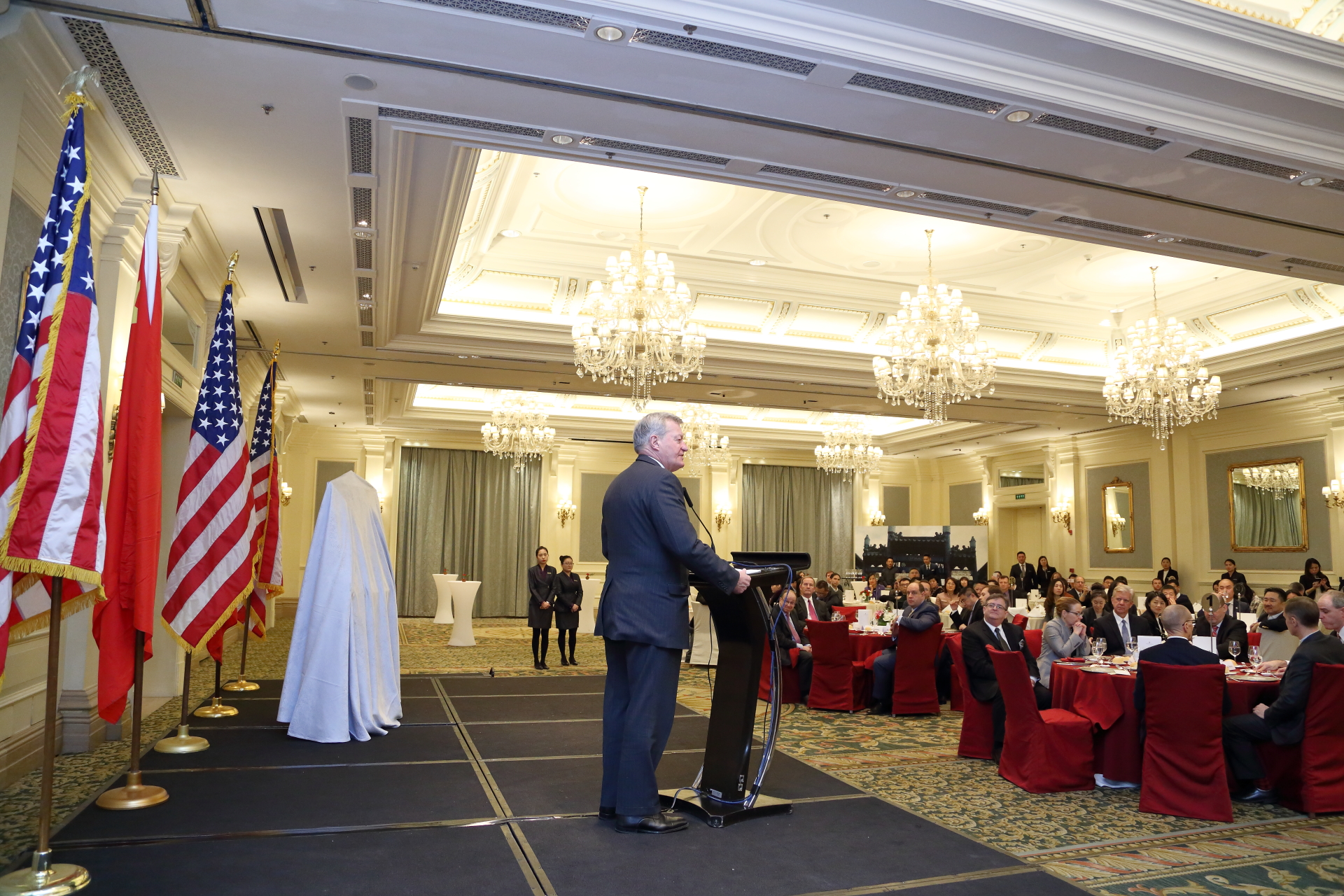 On Jan. 10, 2017 AmCham China held a farewell luncheon in honor of Ambassador Max Baucus, the outgoing US ambassador to China, at the Ritz-Carlton Hotel in Beijing.  The luncheon was an excellent opportunity to express gratitude for his leadership and celebrate his many achievements, and it was attended by the AmCham Board of Governors, embassy staff, and AmCham China members alike.

With his extensive experience in the Senate and in international trade, Ambassador Baucus worked tirelessly to advance cooperation between the US and China and oversaw important progress in China’s regulatory and business environment since the beginning of his tenure in 2014. From high-level discussions on cybersecurity to the establishment of a 10-year business visa, Ambassador Baucus has guided the relationship through many important events.

“The US-China relationship is the most important relationship, and I wanted to be part of that,” Ambassador Baucus remarked.  “I think we are all privileged to be here at this moment in world history, to do our part, each of us, to make this relationship work, for the sake of our kids and grandkids.”

The fruits of his work will pay dividends for years to come. In recognition, the Ambassador was presented with a gift of an antique French map based on surveys conducted by the Jesuit missions to China, signed by the many people who owe him a great debt of thanks for his hard work and support.

AmCham China wishes Ambassador Baucus every success in the future, and we look forward to supporting American businesses in China through successful and fruitful cooperation with the next ambassador.