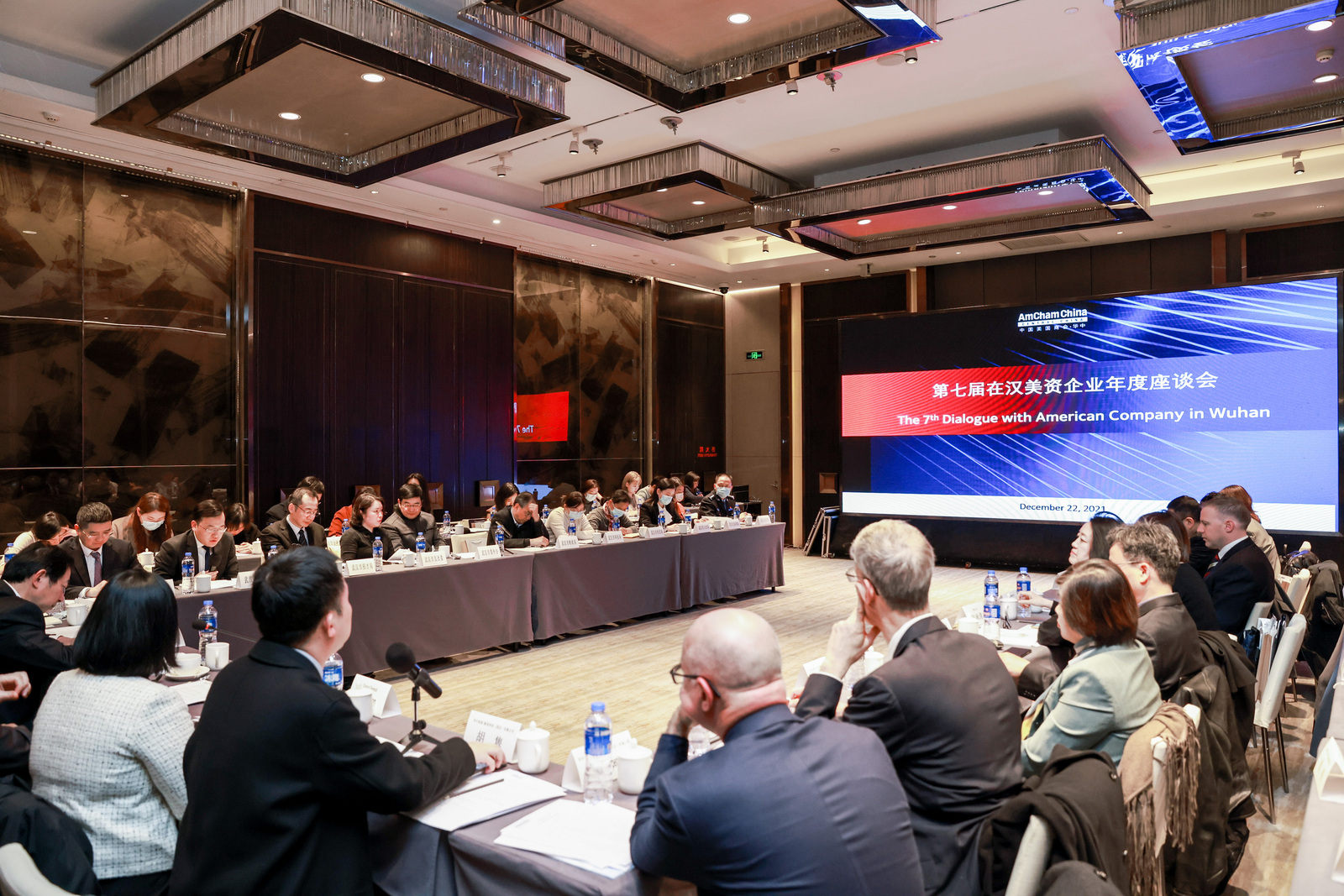 The event was also supported by the Wuhan Investment Promotion Office. Mingquan Chen, Deputy Secretary General of Wuhan Municipal Government along with 15 other heads of different government departments joined the event.

After the remarks, guests joined an in-depth conversation on relevant issues. Attendees also discussed how to build a better business environment and support the development of foreign-funded enterprises in the area.

The final speech was delivered by Mingquan Chen. He said that the problems discussed at the meeting would be followed up by relevant departments to ensure the solution and implementation of the problems, and promised to offer “gold medal” services for the area’s foreign-funded enterprises.