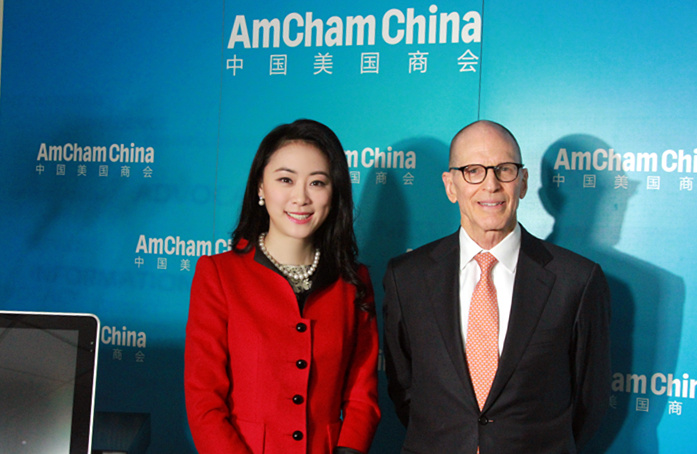 On the heels of the 2017 Business Climate Survey release, and in the midst of the new adminitration's first few weeks in office, AmCham China's new Chairman William Zarit shares his thoughts on important topics with Phoenix TV. Hosted by Fu Xiaotian, the 23-minute "Talks with World Leaders" is an influential talk show interviewing mostly political feagures all over the world.

Follow this link to hear Zarit's perspectives on globalization and China, major challenges to foreign businesses operating in China, the possibility of a US-China trade war under the Trump Administration, findings of the 2017 Business Climate Survey, and other important topics that might implicate your company's success in the next year.