AmCham China, Heard on the Hill 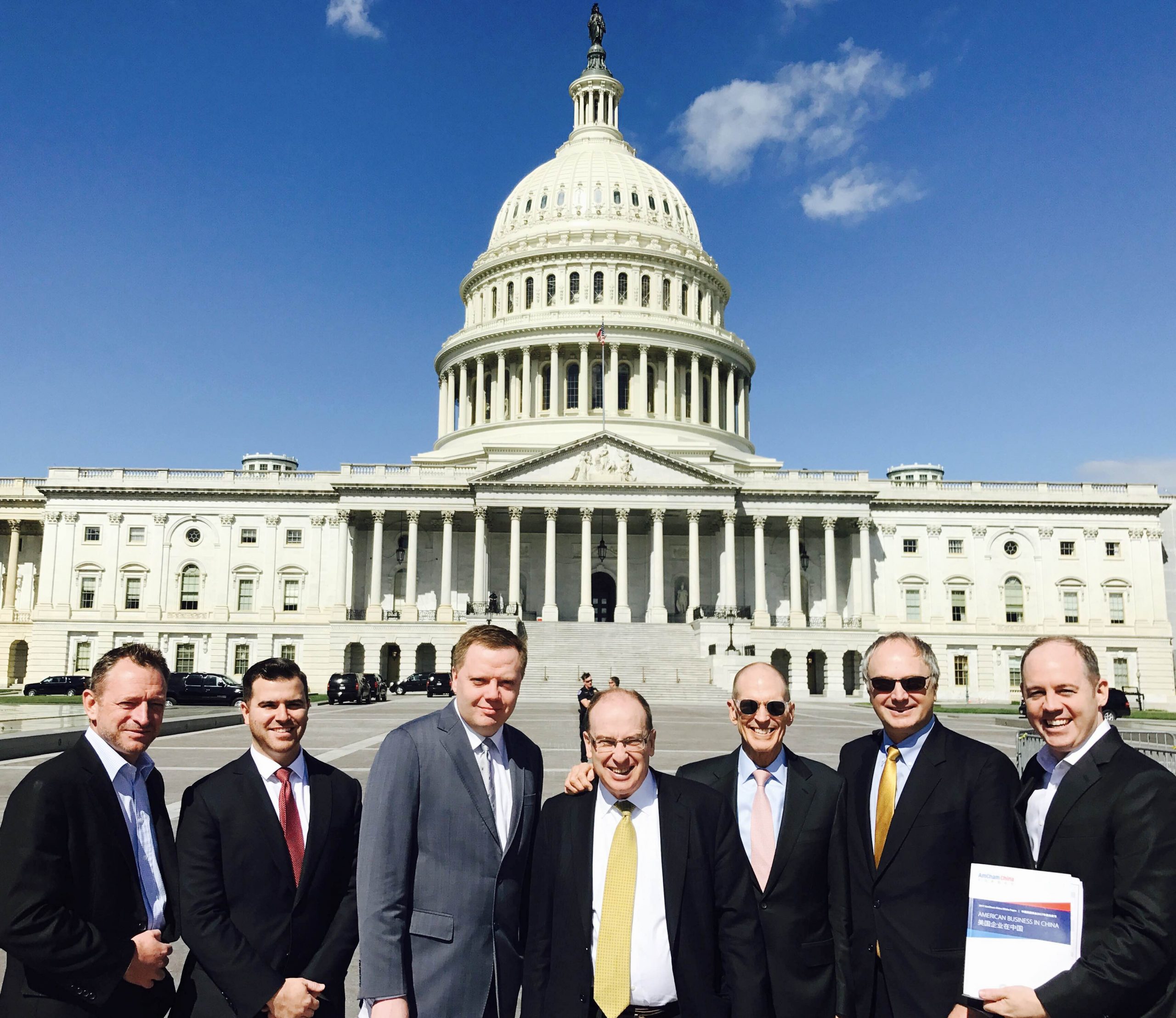 Each spring, AmCham China sends a delegation of business executives and chamber leaders to meet with prominent members of congress and leading officials in the presidential administration for our DC Outreach. This year, AmCham China met with 33 Congressional offices and leading administration officials from Treasury, the office of Manufacturing and Trade Policy, Department of Commerce, the Office of the United States Trade Representative (USTR), and the National Economic Council. This year’s event was a particularly impressive success – AmCham China had more meetings with more policy makers than ever before.

As the voice of the US business community in China, it’s our job to not only educate America’s leaders on the realities of doing business in the Middle Kingdom, but to advocate policy that advances the interests of our community, our businesses, and our country. We came armed with the chamber’s annual American Business in China White Paper, a nearly 400-page book detailing the issues our members face in their respective industries.

The White Paper is the culmination of the efforts of hundreds of AmCham members and represents the most comprehensive industry by industry view of the on the ground realities of doing business in China and AmCham’s policy recommendations. For the 25 members of AmCham China who attended the delegation, it was time to preach.

Sitting down with members of congress and the administration is an art. Each meeting is short (15-30 minutes). We have to be direct with our message and tailor it be relevant to their interests and constituencies. We met with members of both the Democratic and Republican parties, big and small states, and rural and urban areas. Despite the diversity of interests and of party, each member and administration official wanted to know our policy recommendations, how they could support AmCham China, and were eager to establish open lines of communication between their offices and AmCham China. It was clear that now, more than any time in the past, AmCham China has the ability to influence and support the development of US-China policy through our advocacy efforts.

The American political system has been characterized as broken, and prominent newspapers have raised alarms at the retreat of liberalism across mature democracies. But after spending one week in the United States and meeting with the offices of over 30 members of Congress and key officials in the Trump administration, I return with a renewed faith that American policy makers are accessible and responsive to the public and the knowledge that our efforts are shaping US-China policy.

Our advocacy efforts are just beginning. For a full analysis on the DC Outreach and to learn how you can get involved, attend AmCham China's Washington DC Outreach Debrief on June 2.