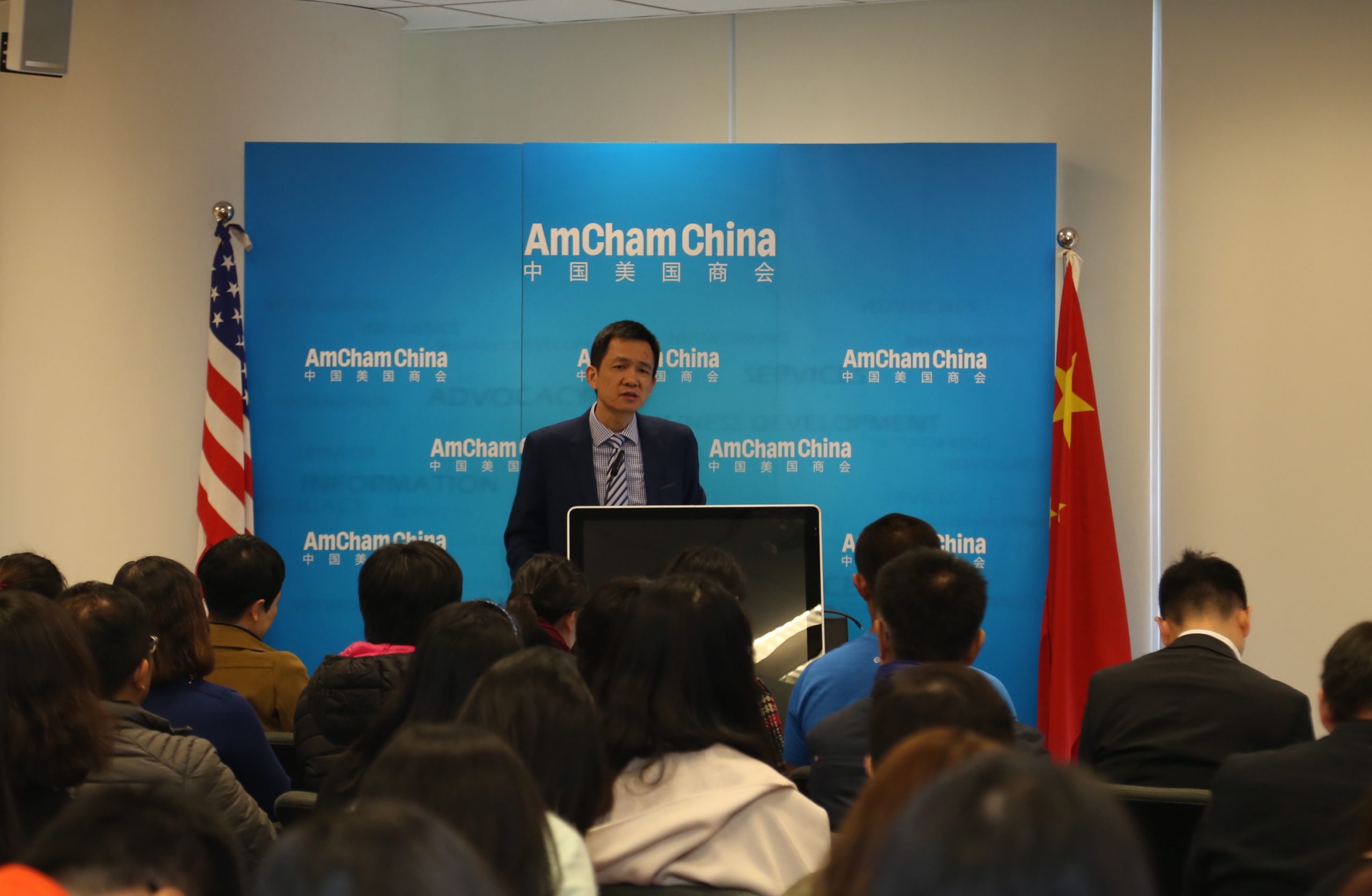 On Oct. 30, AmCham China hosted Professor Yao Yang of Peking University to discuss the outcomes of the 19th Party Congress and the possible implications for foreign enterprises in China. The professor began his remarks by highlighting China's unique path to modernization; a 200 year journey from its height in the mid-19th century as a regional superpower with one third of the world’s population, to its current position as the second largest economy in the world. He noted that we are approaching an economic golden age in China.

Regarding the 19th Congress’ specific goals for Chinese society from now until 2050, Yang mentioned four of the areas discussed in the Congress including; social welfare reform, environmental protection, military modernization, and economic rejuvenation. In recognition of the new focus of the Xi administration to achieve balanced and equal development, he characterized the current inequalities between China's urban and rural areas. He highlighted how urban salaried workers on average make 2.7 times their rural counterparts; an ideal gap would be between 1.7 and 1.8. By 2050, the Chinese goal is to achieve an average salary level that is 45 percent that of the US with military and scientific capabilities that are second to none.

Following his remarks on the 19th Congress agenda, Yang opened the floor to questions from the audience. Questions covered a large range of topics from implications for real estate investment, to state-owned enterprises (SOEs) structural reform.