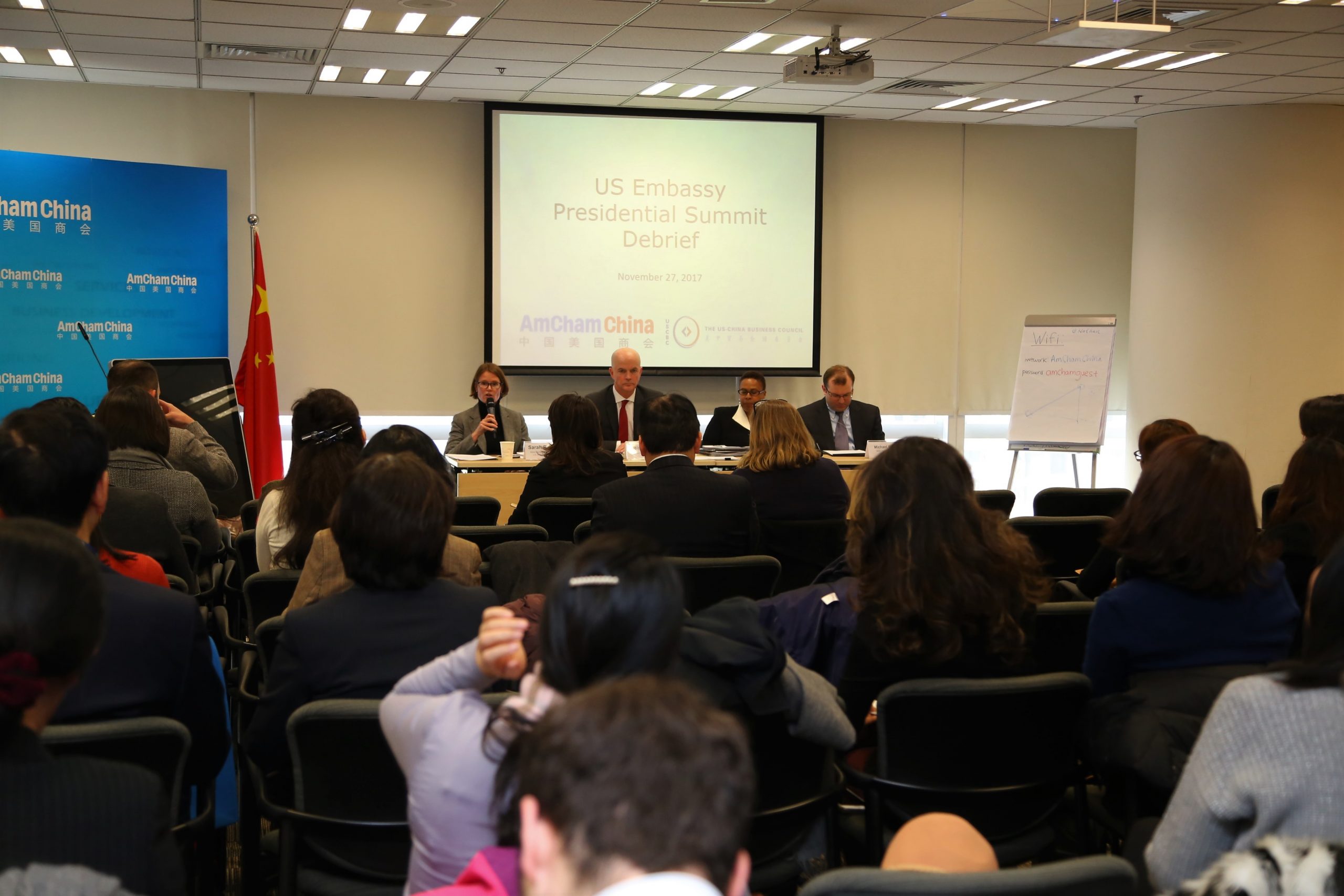 On November 27, a delegation from the United States Embassy held a debriefing event at AmCham China’s office for member companies regarding President Trump’s trip to China earlier in November. Trump had a full agenda that was focused on reiterating bilateral commitments to the overall Sino-U.S. relationship.  Embassy officials also highlighted that both President Xi and President Trump hoped to use this trip as an opportunity to strengthen the personal relationship between the two.

The panel presented key outcomes of the presidential visit, including trade deals that amounted to a total of $250 billion in a range of industries, reassurance of commitments to resolving the North Korean nuclear crisis, and cooperation on combatting exports of opioid chemicals.

On trade, a member of the Embassy noted that extensive coordination with the Chinese Ministry of Commerce (MOFCOM) had preceded Trump’s visit, and that the efforts had enabled both side to lay significant groundwork to ensure that trade deals could be signed during Trump’s time in Beijing. Trump’s 29-member delegation of business leaders, chosen through a selective application process, arrived to bear witness to the signing of agreements that had undergone a stringent vetting process.

Attendees of the event also posed many questions to the panel including inquiries about Section 301 action by the U.S. Trade Representative Office, and CFIUS reform in the United States.

For more information about the chamber’s advocacy efforts with governments on both sides of the trade relationship please contact Katie Beck at cbeck@amchamchina.org.

Alex Marshall is a government affairs intern at AmCham China.