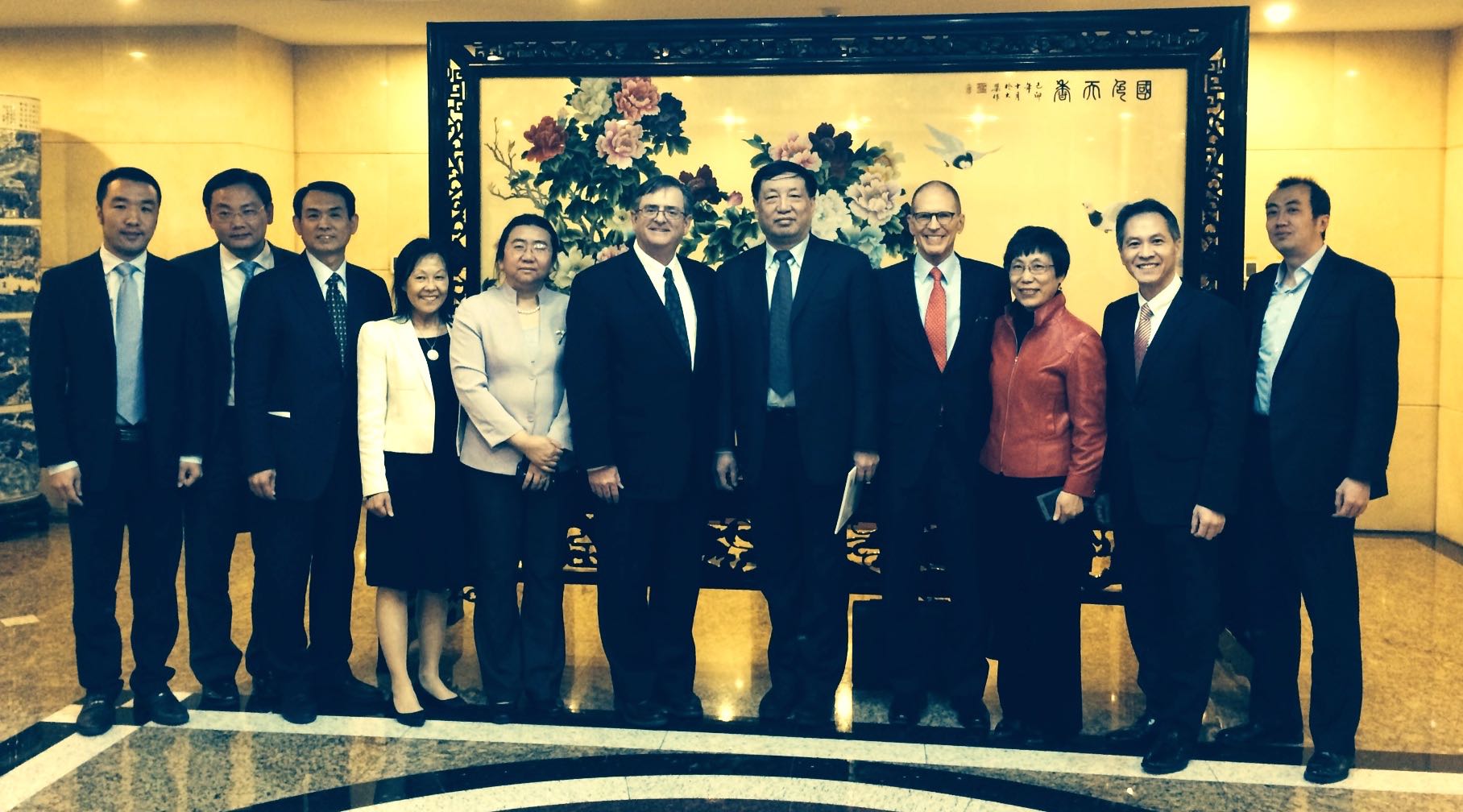 On April 16, AmCham China Chairman James Zimmerman and board member William Zarit led a delegation for a dialogue with Zhang Handong, the new Director General of the Bureau of Price Supervision and Anti-Monopoly of the National Development and Reform Commission (NDRC). The delegation included AmCham China Vice President Patrick Wang, Lufeng Wang of Cummins, Ricardo Tan of Dell, Frank Li of GE, Liu Bo of Intel, Ed Tung of Oshkosh and Becky Koblitz of Sheppard Mullin. Zhang’s team included Deputy Director General Li Qing. The overall objective of the meeting was introductory given Zhang’s recent appointment to the DG position.

During the discussion, Li Qing emphasized five points: (1) the enforcement of the anti-monopoly law must be looked at from the following perspective – that the NDRC is understaffed, the law has been in effect only since 2008 and they have a long way to go; (2) the intent of the NDRC is to follow the enforcement procedures according to Chinese law; (3) the anti-monopoly law's goal is to a have a competitive market and this requires balancing legal issues with economic issues, and the law must be looked at in terms of the Chinese economy (just like in the US, where the enforcement of resale price maintenance differs from state to state); (4) if AmCham China member companies have questions, the NDRC is happy to engage in a dialogue; and (5) to have confidence in China’s anti-monopoly law implementation and enforcement process.

Li Qing also stated that the NDRC’s approach is to engage in dialogue, and not to politicize the enforcement of the anti-monopoly law. She welcomes discussions with lawyers about its enforcement. The NDRC also emphasized that they welcome interaction with the business community through, for example, training workshops on anti-monopoly law compliance. AmCham China will work with the NDRC staff to organize such meetings for member companies.