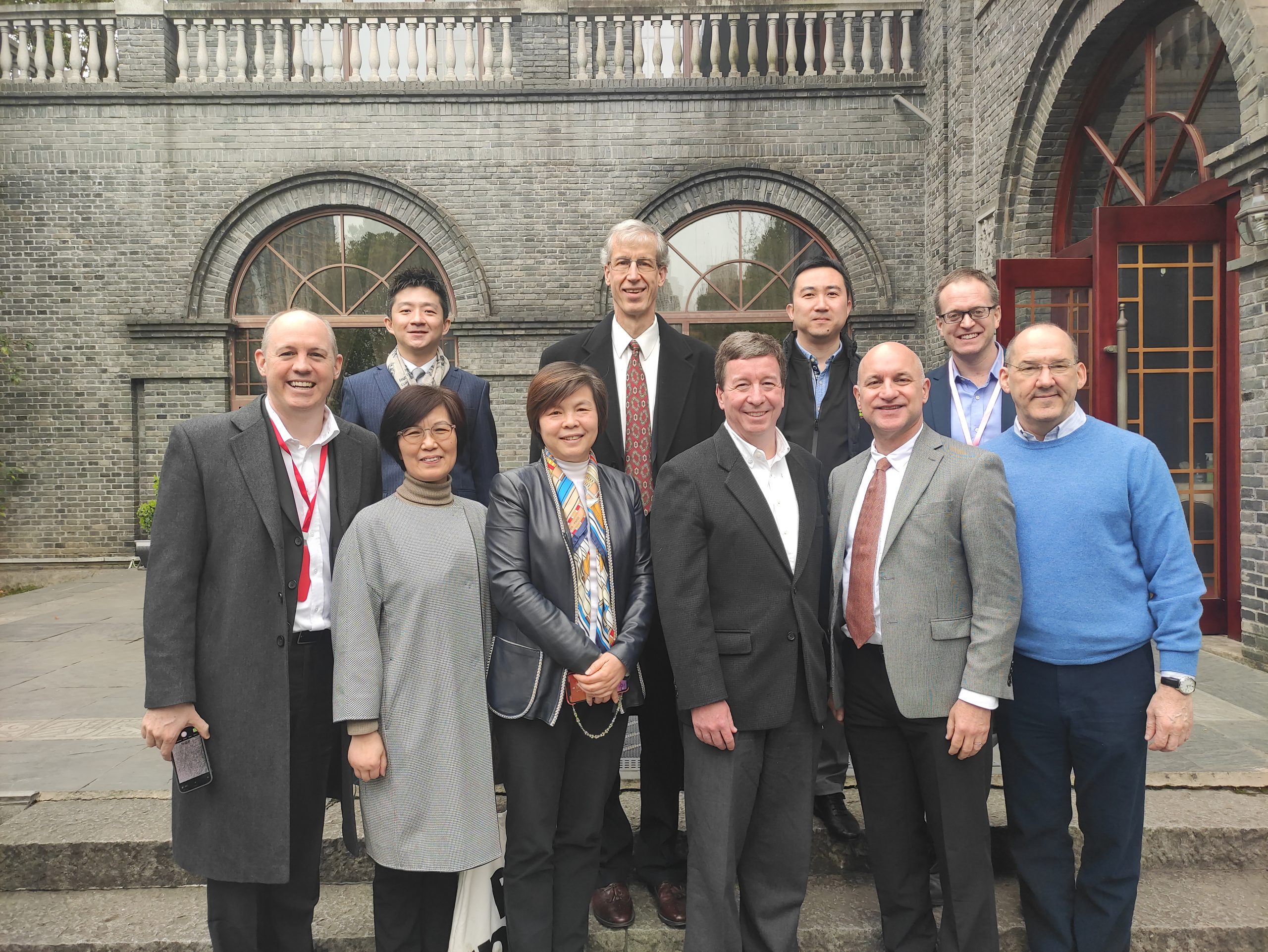 Zhao Haishan, Vice Governor of Hubei Province, met with the AmCham China delegation May 23 and introduced their COVID-19 prevention and control measures as well as their economic and social recovery in Hubei Province. He pointed out that during the peak of the pandemic in Hubei last year, many entrepreneurs lent a helping hand and supported Hubei through the difficult time in various ways, contributing to Hubei’s successful prevention and control of the pandemic. At the same time, he mentioned that although Hubei’s economy has been severely affected by COVID-19, it has shown recent rapid recovery and growth.

The next morning, Gilligan also shared with Vice Mayor Yang Jun of Wuhan City and the participants from relevant government departments on the latest “2021 China Business Climate Survey” released by AmCham China. He pointed out that the recovery and development prospects of China’s economy are still the primary focus and main source of confidence for foreign enterprises in their global layout on the whole. At the same time, despite the global epidemic and complex geopolitical pressures, there is not enough evidence to suggest that Chinese companies are planning to move production lines and procurement channels out of China. Gilligan mentioned the establishment of many “pilot free trade zones” in China, including Hubei Province, as well as the package of policies issued by the central government last year to support Hubei’s economic recovery after the epidemic. He also expressed his hope to assist the government in the specific work, so that U.S. enterprises can truly understand and gain benefits from these policies and control costs. Regarding COVID-19 vaccination for expats and their families, Gilligan mentioned that one of the key tasks for AmCham China to carry out this year is to assist member companies’ foreign employees and their family members to be involved in the COVID-19 vaccine programs. Meanwhile, Gilligan emphasized that the reform of Individual Income Tax has increased the labor cost of companies to some extent, including the cost of hiring foreign technical and management personnel. AmCham China is in support of the reform, but we also hope that local governments can take measures to help companies mitigate or balance the rise in labor costs and maintain local cities’ attraction to foreign investment and talents.

At the Trade Fair in the afternoon, Ying Yong, Secretary of the Hubei Provincial Party Committee, delivered a speech on behalf of the Hubei Provincial Party Committee and the Provincial Government. He expressed his heartfelt gratitude to friends from all over the world, who have supported Hubei’s development. He also mentioned that with the support of the central government’s policies, Hubei has successively carried out policies to accelerate economic and social development, while also optimizing the business environment. As a result, many companies including the top 500 companies in the province accelerated the resumption of work, production and business. Currently, Hubei’s economic and social recovery has improved significantly. Meanwhile, Party Secretary Ying Yong invited friends from all over the world to visit Hubei, invest in business, and share development opportunities to create a better future.

Later, Alan Beebe, President at AmCham China, delivered a speech, emphasizing that AmCham China’s member companies are very optimistic about the economic growth opportunities in China and Wuhan. Especially in Wuhan, the “Free Trade Pilot Zone” policy, support from the central government, and the “14th Five-Year Plan” all provide very good opportunities for business. Following this, Beebe expressed concerns about foreign expats receiving the vaccine in China, and stated that AmCham China was willing to serve as one of the channels to assist expats in China to acquire information about vaccines.

Both Gilligan and Beebe expressed their expectations in regard to improving the US-China relationship and Hubei’s important role in US-China business cooperation. The “Cherry Blossoms Appreciation” Trade Fair demonstrated AmCham China and its member companies’ earnest intention to take root in the Hubei market, boost Hubei’s development, deepen US-China cooperation, and achieve a win-win result.