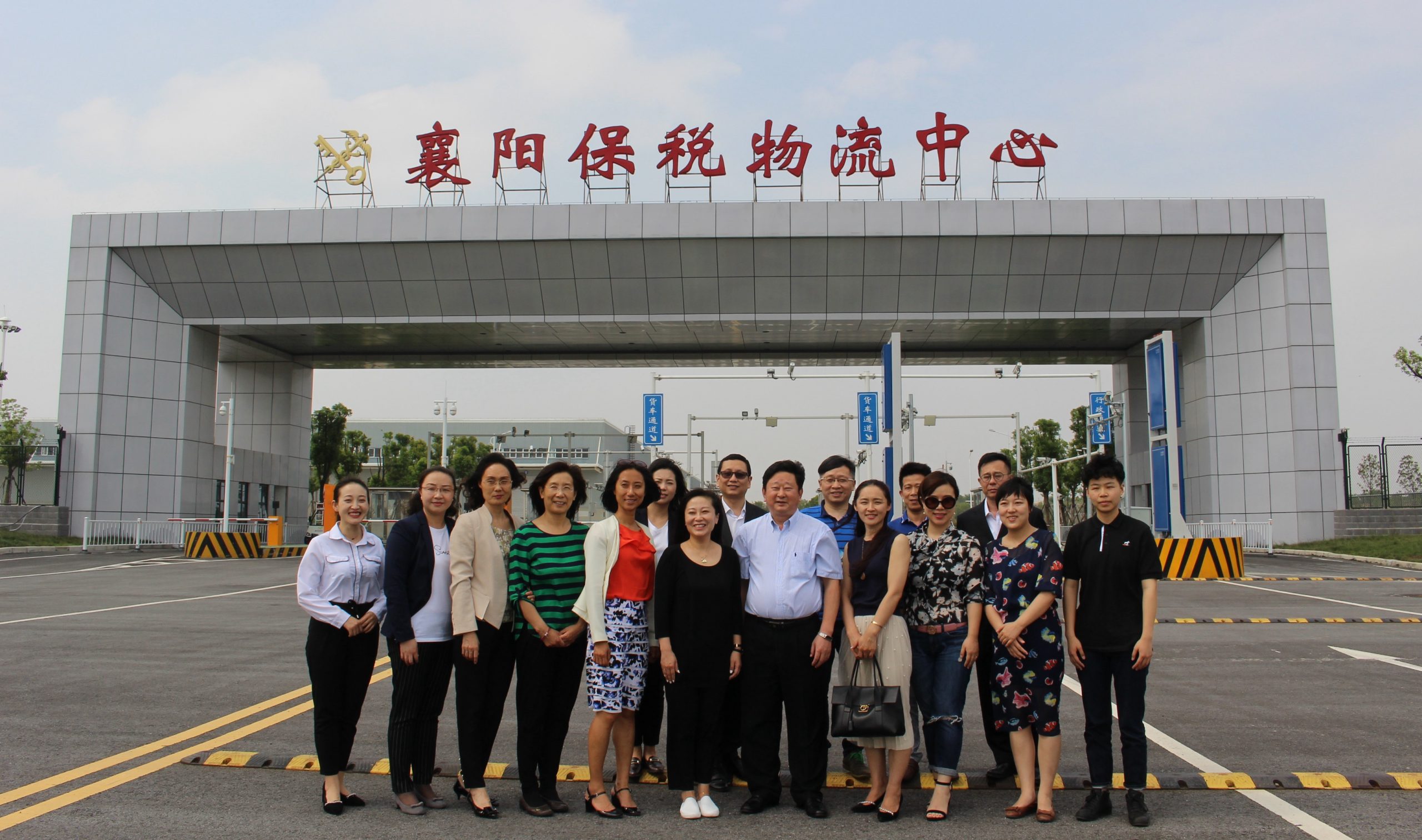 Committed to establishing itself as a central city in the Hanjiang River basin, Xiangyang accelerates its integration into the Belt and Road Initiative, constructs Free Trade Zones, and strives to create a new highland for coordinated development and opening-up. These combined factors made this an essential trip for the Central chapter.

The two-day trip aimed to broaden the influence of AmCham China member companies in this region and help them seek potential clients and cooperation opportunities.

On the first day of the city trip, the AmCham China delegation was accompanied by Vice Chairman Wan Chunan of CCPIT Xiangyang Branch for an on-site visit to the China (Hubei) Pilot Free Trade Zone – Xiangyang Area (FTZ Xiangyang Area).

The FTZ Xiangyang Area aims to become a model zone for the transfer of industries from coastal regions to the central region, as well as serve as a base for high-tech industries. It also seeks to play a leading role in the economic rise of the central provinces and development of the Yangzte River Economic Belt.

The delegation was given a warm reception at their on-site visit, provided with access and insight into FTZ’s developments and future outlook. The directors of the FTZ showed the delegation around the General Service Hall and gave a vivid introduction of the zone. Afterwards, the delegation was led to the meeting room, where the delegation raised several questions about the FTZ Xiangyang Area.

After visiting the FTZ, the delegation went on a trip to Dongfeng Faurecia Clean Mobility, located at Xiangyang High & Technology Development Zone.

Dongfeng Faurecia Clean Mobility is a joint venture building upon Dongfeng’s long term partnership with Faurecia, one of the world’s largest automotive suppliers. Beginning its operations in 2018, the new company aims to provide advanced clean mobility solutions to Dongfeng affiliated OEM brands for both passenger cars and commercial vehicles. The annual sales are expected to reach RMB 1.2 billion (USD 187.5 million) by 2021.

In Faurecia, the delegation was given a tour around the newly-built plant. Wang Jianyang, Plant Manager of Faurecia Clean Mobility, introduced different aspects of the plant, ranging from the industrial design, daily operations, new products to the management system.

On the evening of May 24, the delegation was invited to a dinner party organized by the Xiangyang government. Xiangyang Deputy Secretary-general Wang Shunqun, Director of Xiangyang Bureau of Commerce Luo Yuran, and Vice Chairman Wan Chunan of CCPIT Xiangyang Branch were present at the dinner on behalf of the Xiangyang municipal government. Deputy Secretary-general Wang warmly welcomed the delegates and introduced the current economic status of Xiangyang, its future economic development strategies, and the overall foreign investment environment. Many other topics were also discussed during the dinner, such as business trends and trade developments, GDP, and pillar industries in Xiangyang.

On May 25, the AmCham China delegation attended the symposium at Xiangyang CCPIT. Deputy Secretary-general Wang Shunqun led the government officials to the symposium, which was chaired by Vice Chairman Wan Chunan. The senior government officials from six government departments, including the local Development and Reform Commission, Environmental Protection Agency, Economic and Information Commission, Investment Promotion Bureau, FTZ, and City Construction Committee were also in attendance.

Delegates present on their companies, technologies, and expertise before discussing the region's policies, projects, and standards.

At the symposium, delegates shared the latest information about their own companies’ offerings, technologies, and expertise, allowing each department to have a better understanding of the companies. The presentation was followed by a Q&A session, during which member companies of the delegation raised many questions, covering issues like construction projects, preferential policies, relative standards, market access, and so on. Attendees were actively engaged in the discussion, seeking business opportunities for cooperation on the construction of the city's projects with government officials and private sector directors.

AmCham China delegates and senior government officials review the content of the symposium.

Wang Shunqun, on behalf of Xiangyang government, concluded the symposium by thanking AmCham China Central China Chapter for arranging this city trip and its positive role in promoting US-China trade and cooperation. The Xiangyang government also expressed their expectation to maintain productive communication with the delegation companies regarding further investment opportunities.