You are here:
IssuesNewsTech and Innovation Initiative 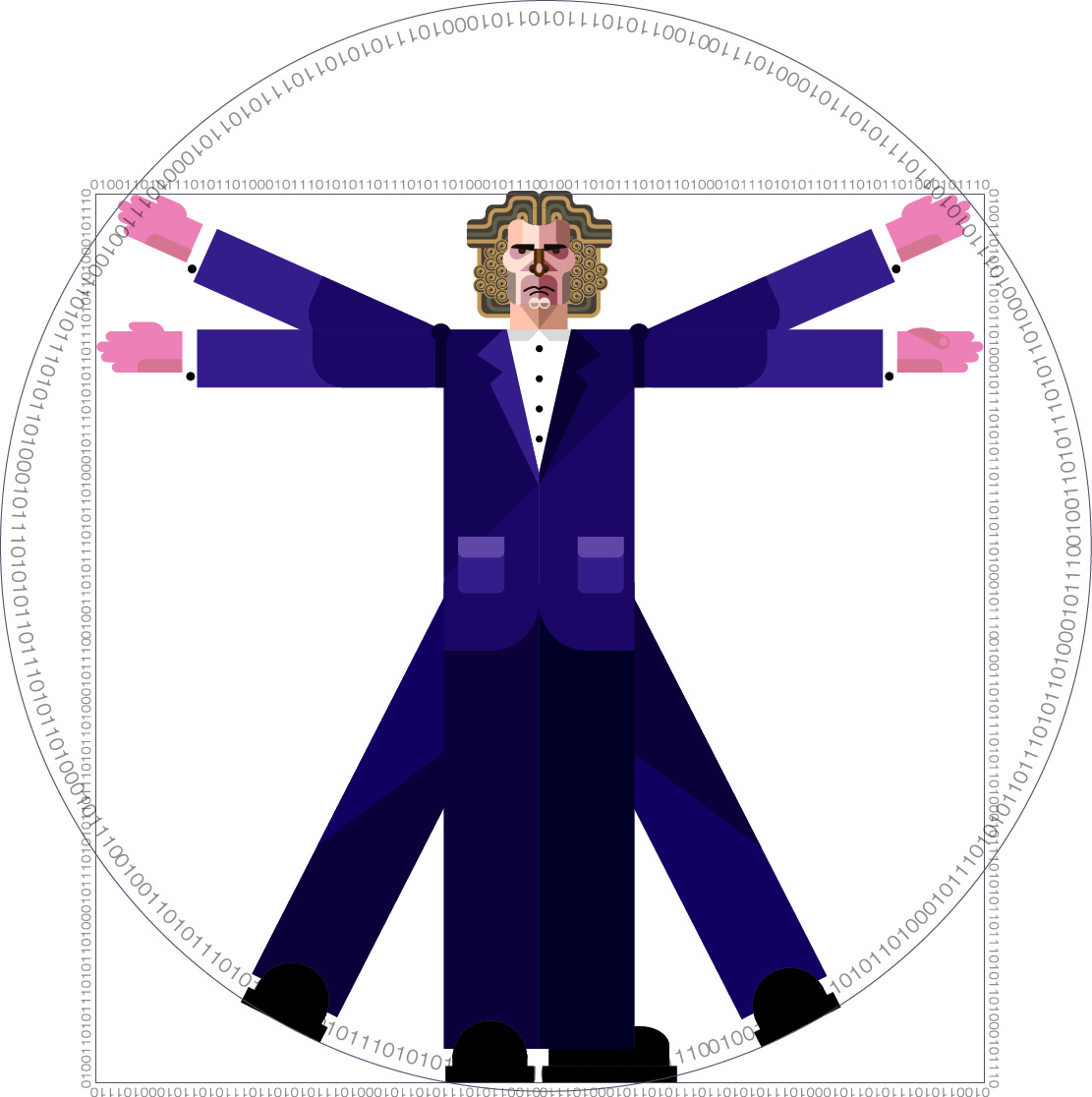 When Oracle wants to know if employees are thinking about leaving the company, they turn to data – big data. One of the world’s biggest commercial software makers, Oracle predicts turnover with a set of 200-plus parameters. Indicators of an imminent departure range from whether the employee’s salary is below market to whether they hold two passports. Should a significant amount of these warning signs be fulfilled, Oracle’s human resources (HR) team takes action.

“When the employee tells you that they’ve taken an offer from another company, then it’s too late for you to counter offer,” said Bird Yip, Oracle’s general manager in China. “With this kind of analysis, we can see who’s on top, who’s at risk of leaving. Then we will try to do something proactively, offering them a raise or a promotion.”

Data has long played a role in HR, but simple data sets haven’t allowed HR professionals to solve some of the most costly issues such as retention. In AmCham China’s 2014 Business Climate Survey, the shortage of qualified employees and the resulting rise in labor costs were the top concerns for the chamber’s members, a trend that’s been consistent over the past four years. As this issue affects companies across sectors operating in China, the HR community is looking for solutions. Many, like Oracle, have turned to big data analysis. The increasing amount of data and data storage capabilities give HR departments the opportunity to analyze, predict, and intervene on a new level. Oracle’s own efforts have resulted in a lower attrition rate for the company’s China operations.

A 2013 survey by Bain and Company finds that among companies with revenues over US $1 billion, those that excel in big data analytics are twice as likely to be in the top quartile in their respective industry. As a key component of any company, HR, too, stands to benefit from the integration of big data. Exploring what that can mean reveals intriguing possibilities, each not without their own challenges.

“Big data” bears a deceitfully simple name. It defines data that exceeds what humans, and even computers, could handle until the digital era opened up information storage capabilities. Data has expanded in every direction – volume, variety, velocity, and veracity. About five years ago, companies started employing big data to predict consumer behavior, perhaps most commonly seen in “if you liked x, then you’ll like y” features on e-commerce sites. Now, big data can change strategies for nearly every sector or function of a company.

These insights continue to move HR toward a more analytical approach.

“Companies have been using data for a long time, but it’s just now in fashion,” said Kitty Vorisek, executive vice president at global executive search firm DHR International and HR Forum co-chair at AmCham China. Managers don’t want anecdotes, she continued. They want data they can use to integrate initiatives into a business strategy.

Just as HR fits into the larger business strategy, big data in HR can support a company’s larger goals, too. Vorisek said data supports her work with clients to map talent. For example, if one of her clients acquires a new company, they need to take stock of talent from both parties, and map out where overlaps and gaps in the teams occur worldwide. For companies looking to move into second- or third-tier cities, data analysis can show where skilled workforces are located, and perhaps then reveal the feasibility of that move.

While IT companies like Oracle and IBM have already implemented big data analytics into their HR practices, many companies, particularly those outside IT, are just getting started.

United Technologies, an American high-tech conglomerate with 212,000 employees around the world, started a pilot program three months ago at a select group of its offices to test out how big data analysis could help its HR. United Technology China (UTC), which has the company’s largest employee base outside the US with 23,000 people, was chosen for the first wave of the pilot.

President of UTC Aerospace Xie Liping said that until now, UTC depended on third-party or internal tools such as employee surveys done on an annual basis for its HR insights. As he begins to explore the possibilities of big data for his company, Xie aspires to start collecting this kind of data on a monthly or even weekly basis to help management drive employee actions.

“We need to take a chance,” Xie said. “We are looking for talent with aerospace expertise and English capacity, and that’s a very limited pool in China.”

Xie also hopes to utilize big data to identify areas for recruitment. “Now we base those directions in terms of anecdotal (information),” he said. “This would help us to be systematic.”

To prepare for the change, they acquired new IT systems, as their planned efforts require a robust, reliable IT infrastructure. Xie said he’ll begin assessing the results of the pilot program mid-2015.

Xie’s approach echoes what the Bain and Company 2013 report, “Big Data: The organizational challenge,” suggests companies do as they dive into big data. The report advises first stating the intention of the company to embrace big data, then building up the analytics capability with data savvy people, data, tools, and processes that support analytical decision making.

Gallo of IBM suggests starting with whatever data is available – which is probably significant – before seeking out new numbers. Birthdays can indicate when retirement would create a gap in the team, and the classic HR tool of the exit interview can be mined for retention insights.

“Ask for other data as you get confident,” Gallo said. “There is enough data inside your organization that you aren’t using before you go big.”

Predictive tools, no matter how robust, can’t account for all the varieties of human behavior. Oracle takes a proactive approach to filling in these blind spots through employee surveys, repeated quarterly or more. The questionnaire addresses HR matters that require direct human feedback. For example, whether an employee is willing to relocate depends greatly on family, friends, and other emotional variables that can change quickly and without notice. The only way to acquire that detail is to ask the person.

Another variable that can restrict the big data possibilities for a company is simply the data.

“If I never asked your age, then how do I do my benefits calculation?” Vorisek said. She added that lately, she’s been asking people if they travel in order to assess whether she needs to look into providing travel insurance, too. The next step, she said, may be tracking every time people talk to her about pollution. She’s applied measurable analytics to every part of her HR work.

Some small business owners see other limitations for big data’s applications for HR. A major global player, Oracle enjoys the advantages of being an early adopter in the field. Its prediction model tool is based on more than a decade of survey data drawn from more than 2,000 global companies, reflecting 2 million employees. For companies working on a smaller scale, the benefits of big data might not be so clear.

“At this time, in the very early stages of big data, when few people really know what it means, only the very largest global companies would benefit from its use,” said Robert Fonow, managing director of consulting group RGI Ltd. “Most SMEs (small and medium enterprises) will lack the IT capability necessary to work with it. The HR sector is really divided into a very narrow large IT big data elite, and the rest of us.”

Finger on the pulse of employees

The next step for Oracle after employee behavior prediction is measuring employee reputation.

“This is a totally new concept,” Yip said. “An employee can have top sales numbers, but maybe a lot of colleagues hate him and he brings in a negative atmosphere. Individually, he is good, but he will influence other people (negatively).”

To capture this intangible quality, Oracle is pulling data from their internal social networking function. When employees collaborate through this program, the interactions are collected – and analyzed. These little snippets of daily collaboration can divulge whether an employee is popular or conveys a positive attitude.

IBM has also been working on supporting this evolution. Gallo said that measuring the social pulse and chatter of a company is a development not possible as recently as two years ago.

Further down the road, Gallo said, data based on a person’s heartbeat could create mood data by measuring for anxiety or enthusiasm. Gallo acknowledged that ethical issues will arise as these new big data tools tiptoe further toward a scene from Brave New World, but pointed out that new technology like Apple Watch certainly makes it possible.

Ultimately, though, what’s driving this push for greater analysis in HR is the need to improve what it does, not to track an employee’s every move.

“The cost of retaining really good people has cost so much money and they’ve failed so many times,” said Laurie O’Donnell, managing director at Cornerstone International Group.

O’Donnell, however, is optimistic that big data can start to remedy the situation for HR professionals in China. After all, her own arrival in Beijing last year was the result of more astute data analytics happening at her own company across its 70 global offices.

“If someone wasn’t keeping track, I would never have come to China,” O’Donnell said.