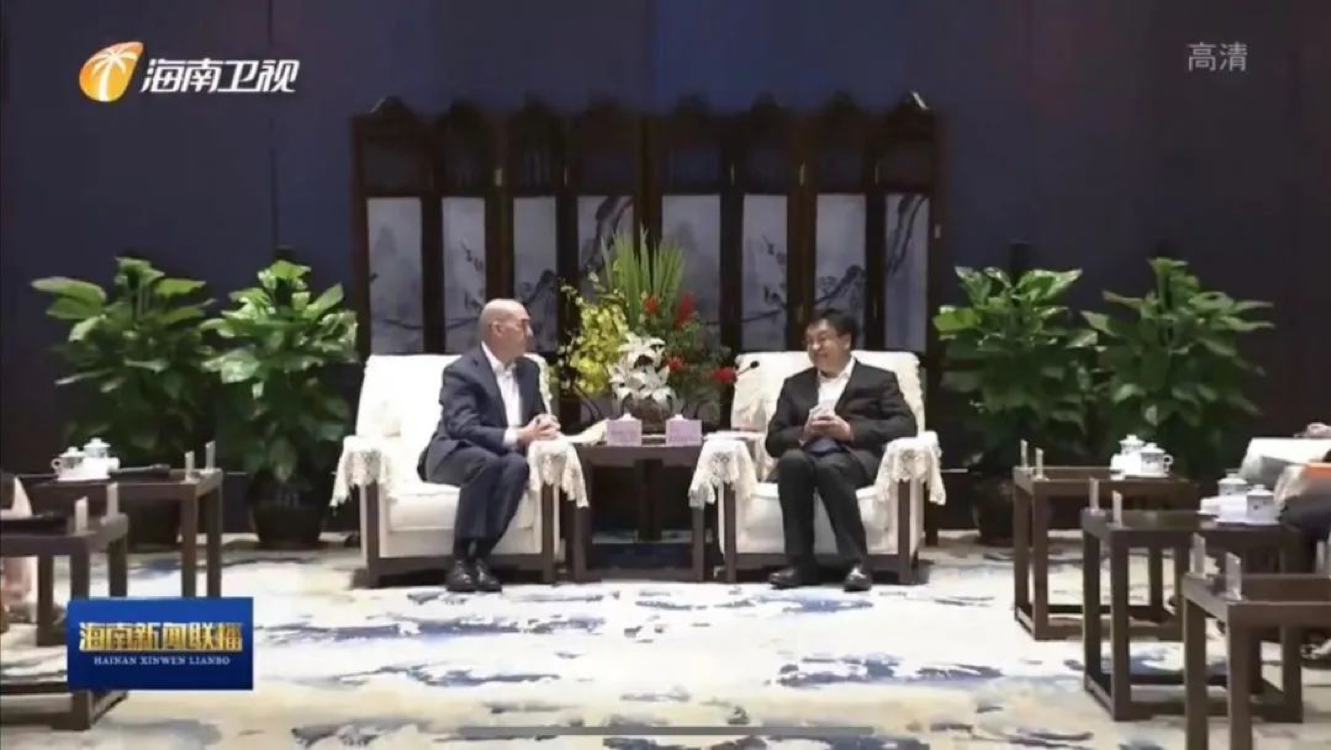 From October 25 to 27, 2021 AmCham China visited Hainan for the second Business Investment Outreach (B.I.O.) trip to the province. AmCham China President Alan Beebe led a delegation of more than 30 senior executives from multinational companies across the biomedical, advanced manufacturing, food, finance, technology, culture and energy sectors on the trip.

The trip began on the morning of October 25, with the AmCham China delegation attending a roundtable hosted by the Hainan Department of Commerce on the latest policy interpretation and investment opportunities of the Free Trade Port. Seventeen provincial departments answered delegates’ questions in details about investment policies and business operations in the Free Trade Port. 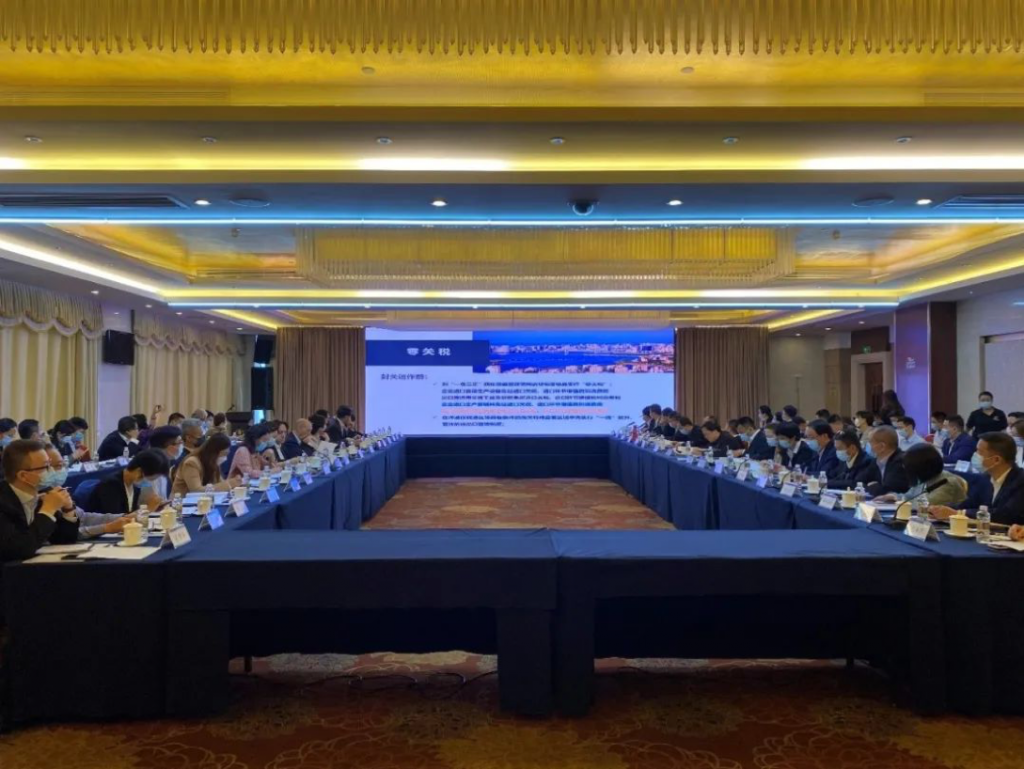 The AmCham China delegation participates in a roundtable discussion hosted by the Hainan Department of Commerce.

In the afternoon, the delegation met with Haikou City leaders, including Mayor Ding Hui, to exchange views on the city’s business environment and foreign investment policy. Mayor Ding welcomed the delegation and pledged that he would continue to optimize the business environment and support the development of enterprises in Haikou. In return, Beebe expressed his sincere anticipation to strengthen future cooperation with Haikou and other local municipal governments to promote mutual benefits and win-win results. 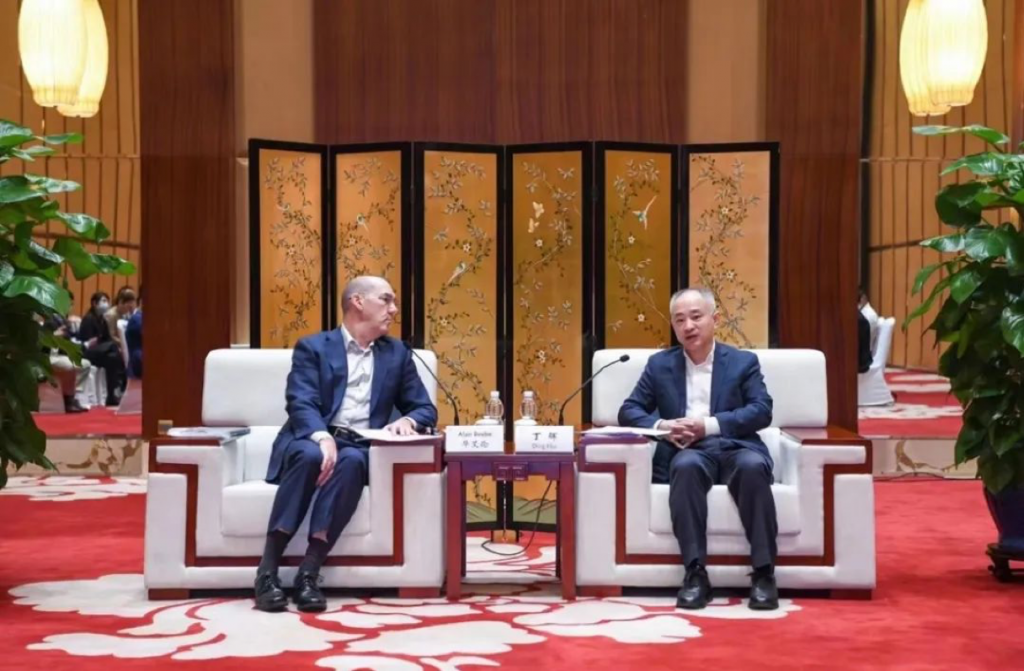 On October 26, the delegation visited the China (Hainan) Institute of Reform and Development to meet with its President, Chi Fulin. During the visit, President Chi introduced the history of the Reform Institute, shared learnings from recent exchanges with American think tanks and academics, and outlined the planning of Hainan Free Trade Port with an emphasis on opportunities for foreign enterprises. 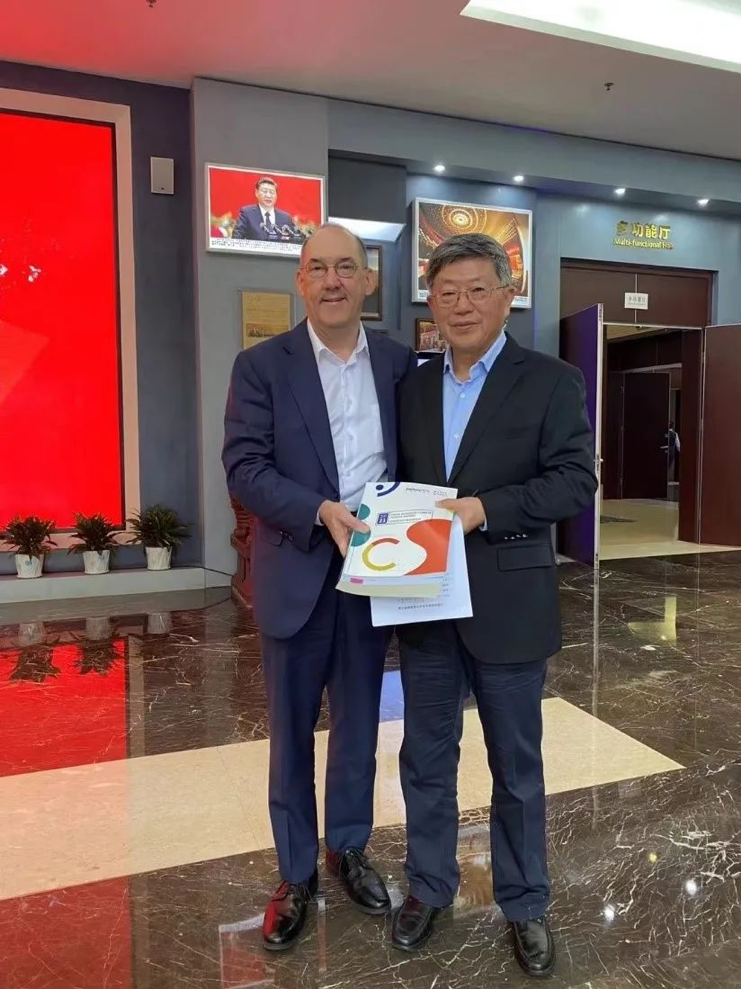 Alan Beebe presents the 2021 AmCham China Business Climate Survey and the 2021 American Business in China White Paper to Chi Fulin, President of the China (Hainan) Institute of Reform and Development.

Later in the day, the group met with Feng Fei, Governor of Hainan. Beebe introduced the delegation to Governor Feng and expressed the Chamber’s desire build a platform for member companies to expand and support investment in Hainan. Governor Feng spoke highly of AmCham China’s contributions to promoting US-China economic and trade cooperation, and said he looked forward to deepening cooperation and establishing regular exchanges with the Chamber. 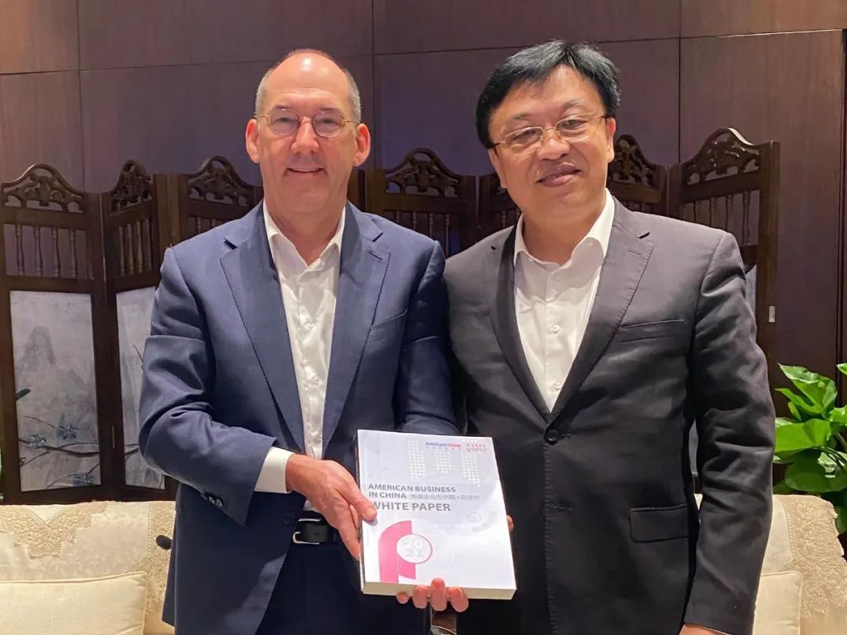 Representatives from Mars China, Energy Transfer, and Gorbel China had in-depth discussions with Governor Feng on the specific issues of multinational enterprises deepening investment cooperation and development in the Free Trade Port. 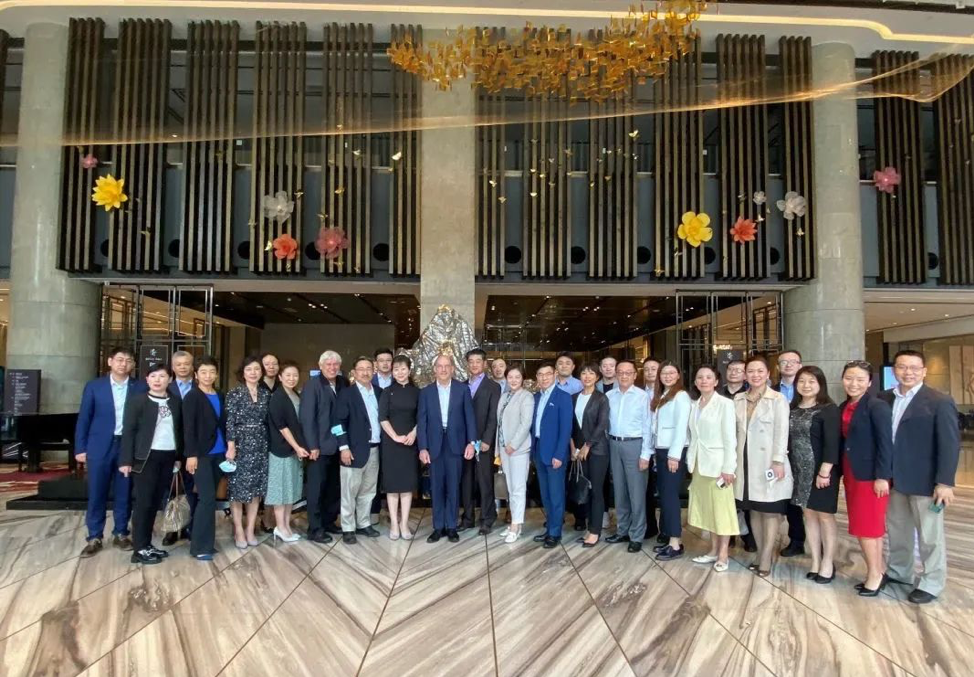 A group photo of the AmCham China delegation. 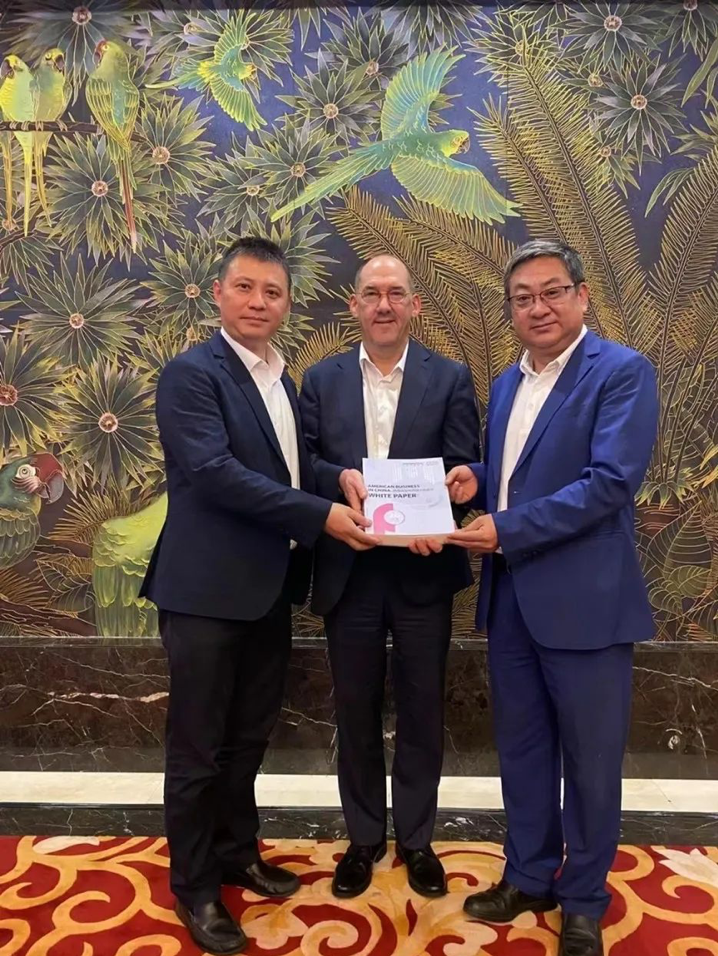 On October 27, Bao Hongwen, Mayor of Sanya, met with the delegation and to introduce the outstanding industries and thriving business environment in Sanya. Beebe conveyed his gratitude to the municipality and expressed his hope that Sanya and AmCham China would continue to strengthen ties in order to promote cooperation in scientific research and innovation among member companies, cultural and financial companies and local enterprises, to work towards the mutual goal of encouraging China-US trade and economic exchanges. 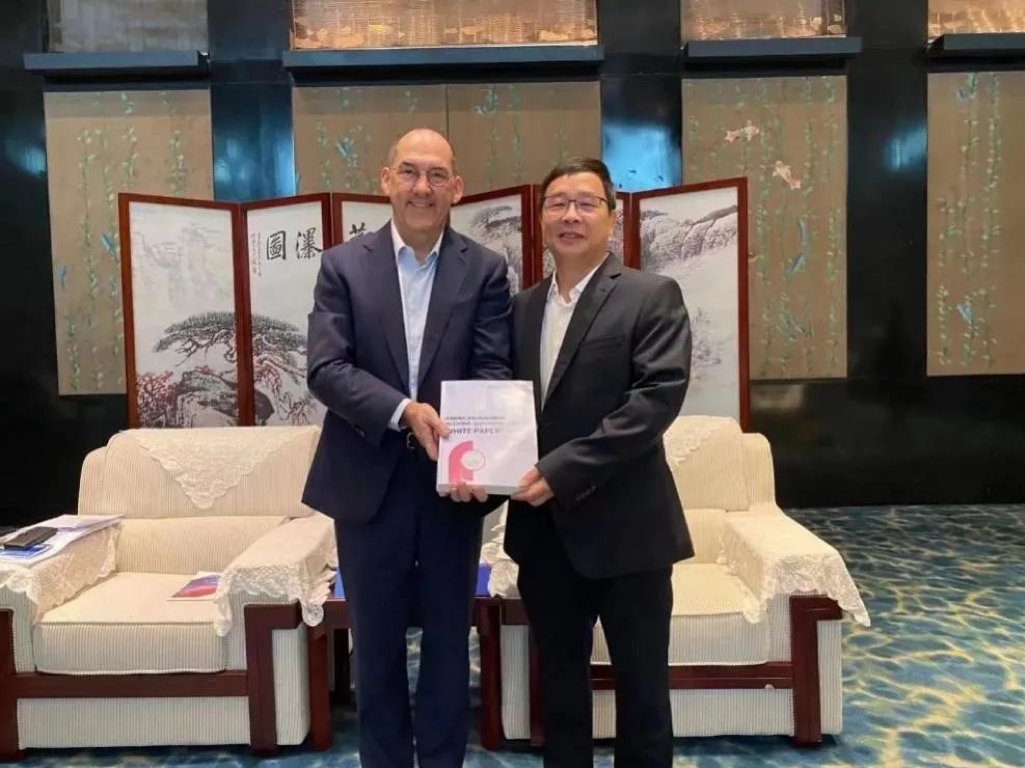 During the meeting, representatives of Juniper Network, Stryker, Cushman and Wakefiled, MLB, and other AmCham China member companies discussed their business interests and operational concerns with the municipal leadership of Sanya.

Looking back, Beebe spoke highly of the results of the Chamber’s second B.I.O. trip to Hainan. He remarked that AmCham China and its member enterprises were able to experience first-hand the great changes in Hainan since the adoption of the Hainan Free Trade Port Law this June, as well as the implementation of the free trade port policy. In developing long-term investment strategies, Beebe stressed the need for multinational-corporations to assess the transparency and sustainability of a destination’s investment environments and policies. The Chamber and our members look forward to Hainan’s ongoing progress on cross-border trade in services and other work in areas of further opening. AmCham China will continue to serve as a platform for member companies to gain insight into the local investment and business environment. 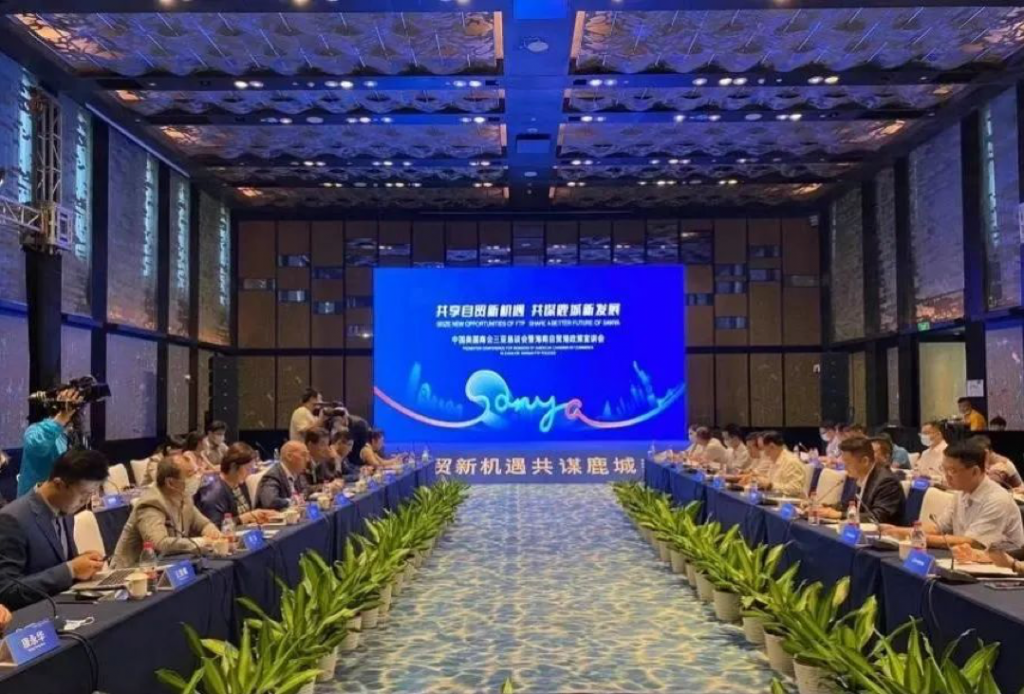 The AmCham China delegation meets with the municipal leadership of Sanya.