You are here:
Industry  Member FocusNews 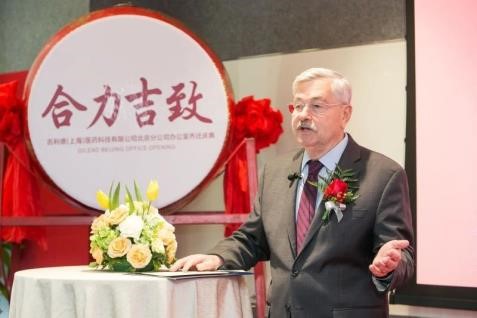 Global biopharma leader Gilead Sciences officially opened its new Beijing office. Terry Branstad, United States Ambassador to China, joined the celebration in Gilead’s new office and addressed the audience. The Ambassador acknowledged Gilead’s contributions to fighting devastating diseases, including finding the cure for HCV. Ambassador Branstad stated that the new Beijing office will strengthen healthcare collaboration between the US and China as the two countries share similar challenges given their aging populations.

Gilead Sciences, Inc. is a research-based biopharmaceutical company that discovers, develops and commercializes innovative medicines in areas of unmet medical need. The company strives to transform and simplify care for people with life-threatening illnesses around the world. Gilead has operations in more than 35 countries worldwide, with headquarters in Foster City, California.

Gilead formally established its commercial operations in China in 2016. Within two years, it has expanded into a company with over 250 employees, had three important products in HCV & HIV approved in China, one of which has been included in several local reimbursement lists, and one has been included into the national Essential Drugs Lists. It is aspiring to support the Chinese government to realize “a nation free of hepatitis diseases”.