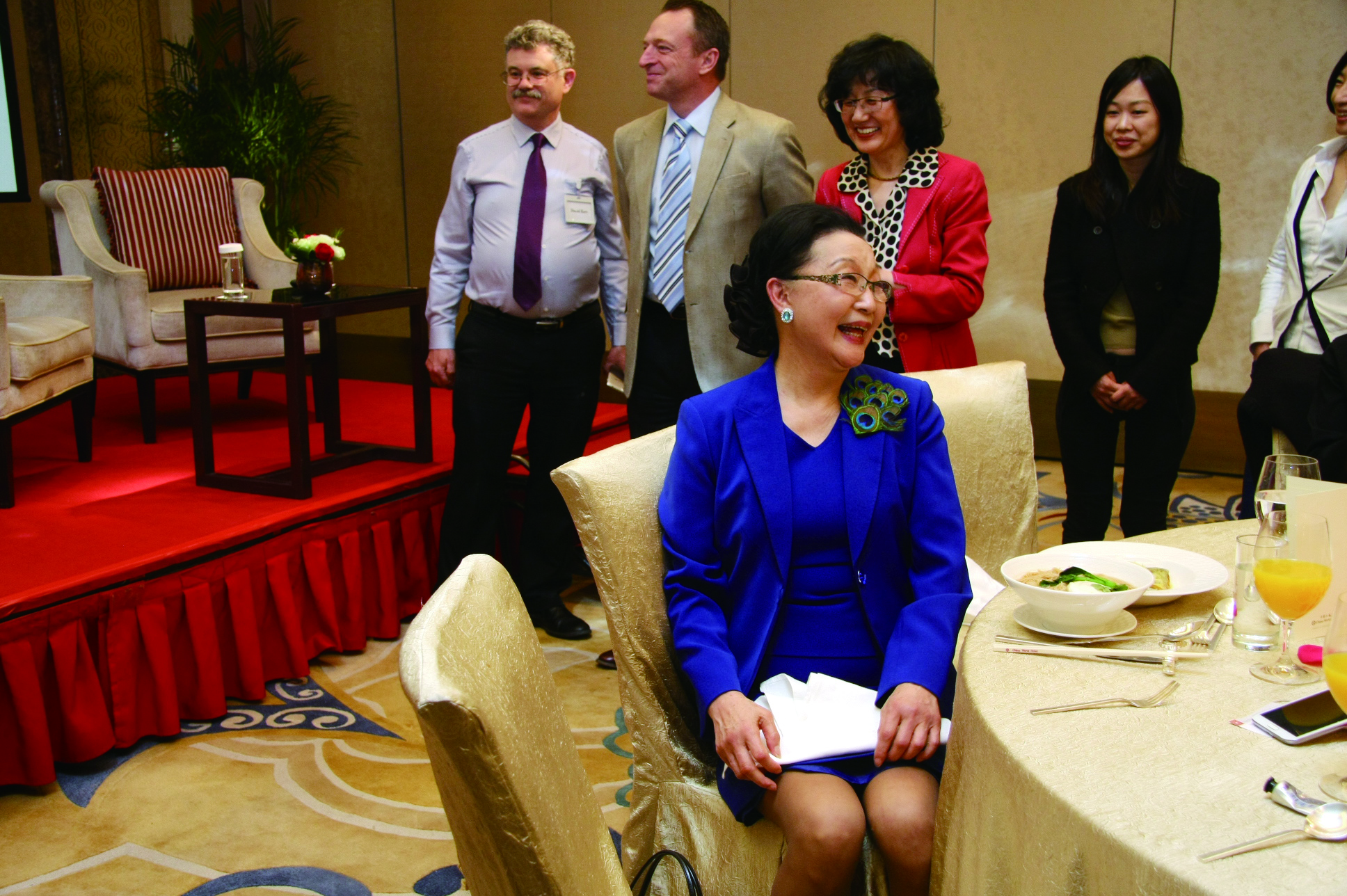 On April 1, the Women's Professional Committee celebrated Florence Fang's 81st birthday and all she has contributed to the US-China relationship. Fang, an intrepid entrepreneur, was the publisher of several influential media outlets such as the San Francisco Examiner and Asia Week. Now her efforts are mostly philanthropic: She is Chairwoman of the Florence Fang Family Foundation, which supports programs that connect the US and China, and a founding member of the 100,000 Strong Foundation, a nonprofit that seeks to strengthen US-China relations through educational exchange and language learning.

As part of AmCham China's recently forged strategic partnership with 100,000 Strong, Fang came to Beijing to discuss how the next generation can continue to build this critical dialog across the two nations. At the China World Hotel, AmCham China Vice Chair Lin Gao interviewed the legendary woman, starting with a question about the 100,000 Strong mission.

Q: I've had people ask me why are we sending American students to China. They say Americans are supposed to be rich, why can't they come on their own?

A: We all know lots of Chinese students come to the United States to study. I would say China understands America more than America understands China. So President Obama realized that it's so important to send American people to China to understand China. In America, the young people, generally speaking, they are so comfortable, they don't have the desire to go out to study. For instance, I just talked to the ambassador about my grandson, who is 16. I said to him that he has got to go to China. He gave all kinds of reasons not to go. I told him, “Because you're so comfortable in the United States, you've got to learn how to fly. The United States is a nest, it's so comfortable, we have to push you out, so you'll learn how to fly, see the world.”

Q: For the relationship between the US and China, if the direction is wrong, all of us suffer. What can we do as individuals?

Q: I want to talk about the women’s professional community. I know you talked about how Chinese traditional values influenced you when you were young, and one of the traditional Chinese values for women is the Three Obediences (三从四德). But being modern women, the three obediences has a new definition: Never cook, never clean, never reason. And for the Four Virtues, we also had a new definition: Unwavering, unbreakable, unflappable unapologetic. Being a modern woman, I kind of like it, don’t you? Do traditional Chinese values apply to modern days and to what degree does it help you with your success in the US?

A: How much I wish I was born later! My Three Obedience are not like this. My Four Virtues are totally different. Before your marriage, obey your father; after your marriage, obey your husband. If your husband dies, obey your son. I did. I think the old and the new three obediences should be combined. In the business world, the woman is always doing double, working double, thinking double, to prove herself. Once society gives women the chance, they can be very good bosses, because I think women always think about the other side first.

Q: (From the audience) What is the cultural difference between the East and West?

A: Western culture is most influenced by Christ, while Eastern is influenced by Buddha. According to Buddhism, we have to evaluate the cost and choose, but the Christian value is forgiveness. Once you forgive people’s faults, it becomes easy for you to feel comfortable with Western culture.