Central China Chapter Back in Action 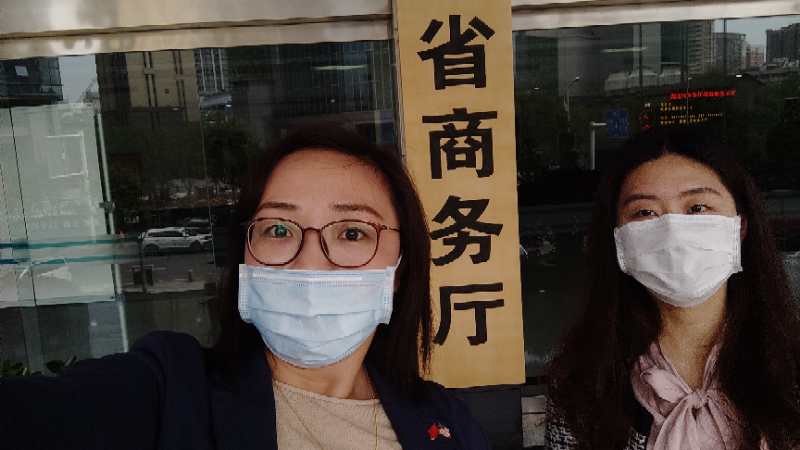 This week, AmCham China's Central China Chapter, located in Wuhan, hit the road for their first in-person meeting since the outbreak of the coronavirus pandemic. This operational milestone is a welcome signal in China's most hard-hit region, as the nation works towards a resumption of work and a return to business as usual.

At the Chamber's Wuhan office, Joan Zhu, Central China Chapter Manager, and Lina Wang, Central China Chapter Business Development Assistant, met for the first time in-person since the virus outbreak months ago. During that time, however, both Joan and Lina have been on the front lines working tirelessly to bring desperately needed Personal Protective Equipment (PPE) and medical supplies to the region.

"I would like to express my sincere appreciation for the continued hard work and dedication that Joan and Lina have given to our Chapter from the very beginning and throughout this SARS-CoV-2 crisis," said AmCham China Central Chapter Chairman, Steve Carpenter.

"As soon as Wuhan went into lock down on January 23, Joan and Lina worked closely with the AmCham China team to coordinate efforts with our member companies to bring much needed medical supplies into Central China. They remained available to do anything needed even though, technically, they should have had time off for the Spring Festival Holiday."

Carpenter goes on to explain, "They have also worked with the AmCham China team to help bring relevant and meaningful content online to our members. They have remained positive and encouraging in all of their communications. The Central China Chapter is truly blessed to have such dedicated staff. Thank you Joan and Lina!"

The Chamber is deeply grateful to see Joan and Lina together again, continuing to serve as pivotal support to our member companies in Wuhan and Central China, and would like to thank both for their immeasurable work, commitment, and selflessness during these unprecedented times, and indeed, in all times.