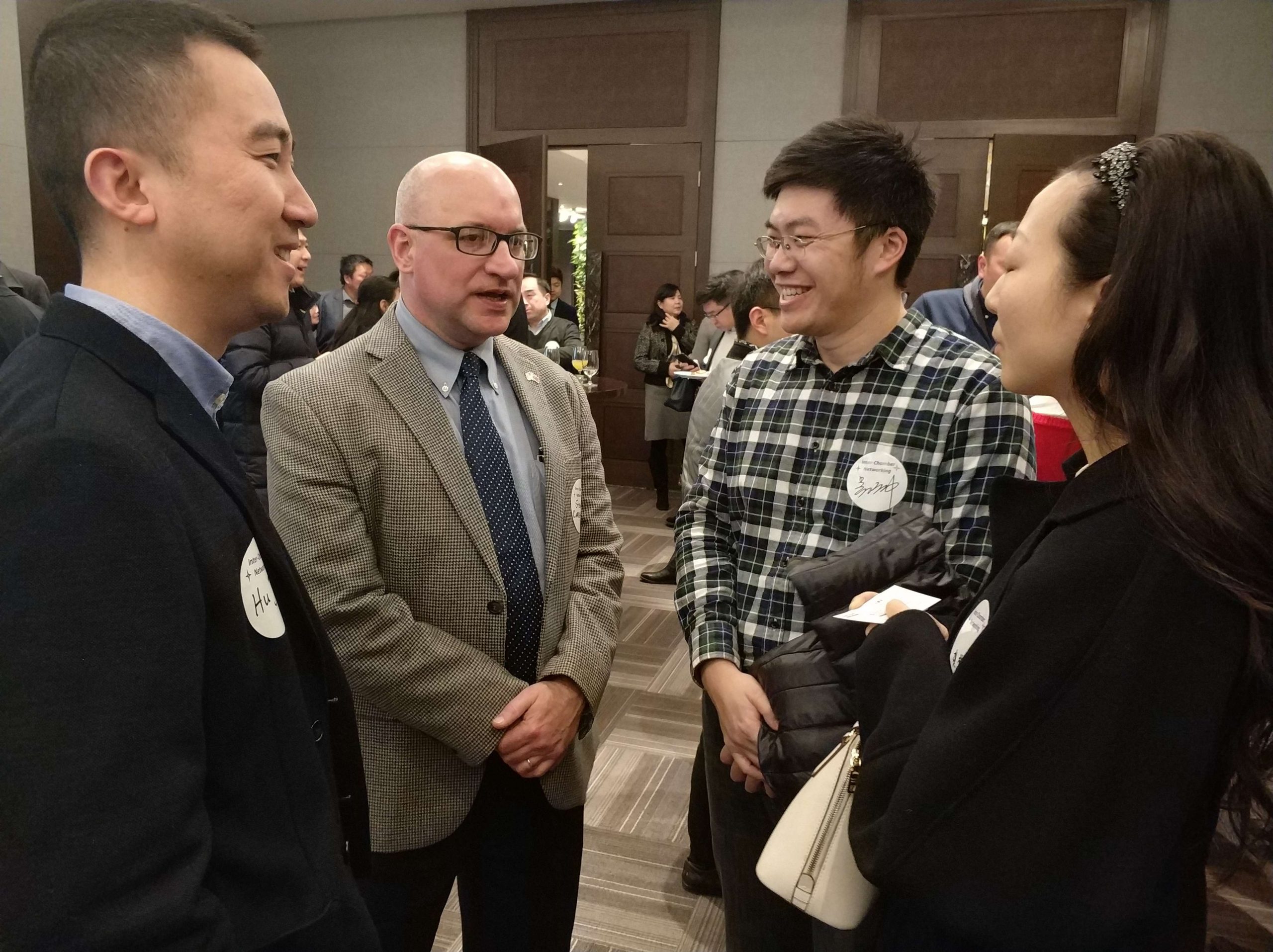 Carpenter shared in detail the 2018 goals and event calendar of AmCham Central China Chapter, and new year wishes were sincerely extended. Afterwards, guests took their time to catch up with old friends, make new contacts, exchange information, and expand their network while celebrating the new year in a joyous atmosphere. Near the end of the event was the lucky draw with prizes given away to the three lucky winners.

Joan Chu is the manager of the Central China Chapter of AmCham China.