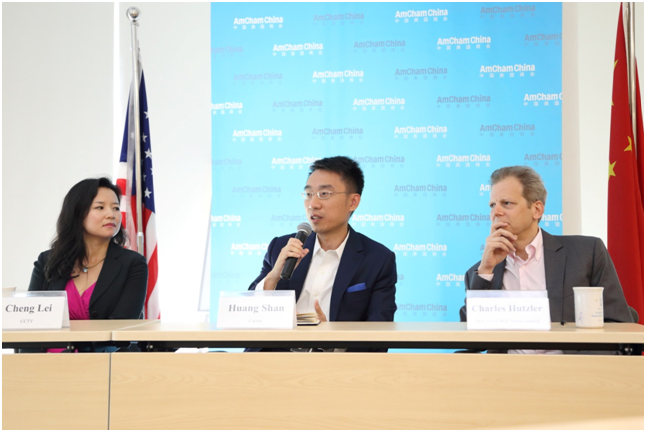 How much power and influence does Xi Jinping actually hold? How will the US react to no longer being the largest economy in the world? Which side would neighboring countries take in the war of the South China Sea?

Yesterday, top journalists Cheng Lei, anchor for the Global Business show on CCTV-News, Huang Shan, Associate Managing Director and editorial board member of Caixin Media, and Charles Hutzler, China Bureau Chief for the Wall Street Journal, formed a panel centered on China in 2020 to offer their perspectives on these questions and more concerning China’s near future.

The audience contributed their voices as well, voting by mobile phones in flash-polls orchestrated by Senior Communications Director Graham Norris, the event's emcee. The audience was presented with pairs of headlines they might see in 2020, and asked to choose which was more likely.

On the topic of the pace of reform, panel members were skeptical that the pace would be bold enough to, for example, abolish the hukou (household registration) system by 2020. Some members of the audience were more optimistic about the next five years, though, citing the growing media attention on children left behind as a result of the hukou system.