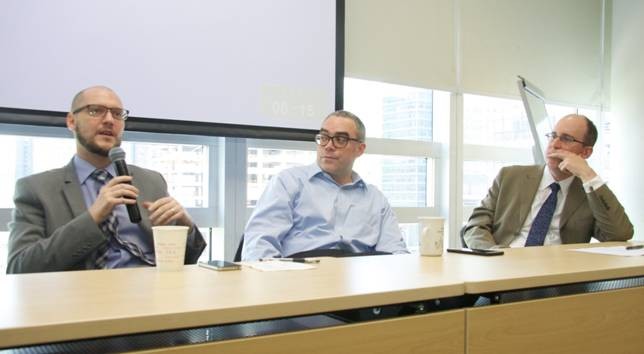 On May 19, AmCham China launched the China Reform Series which brings together AmCham China members and experts on a quarterly basis to discuss government reform policies. The series opened with the general topic of Chinese Political and Economic Reform. The moderator was Andrew Dougherty, China Affairs Specialist at the Capital Group, and the speakers were: Andrew Batson, China Research Director at Gavekal Dragonomics; Andrew Polk of the Conference Board; Ran Tao of Hanqing School of Economics at Renmin University; and Bill Bishop of Sinocism.

When delving into economic reforms, a number of the speakers said that there was a serious reform movement regarding financial services and capital markets and that the Governor of the Bank of China was leading financial market liberalization and RMB internationalization. Other than this, there was a general agreement that reform in other sectors such as land and social security and SOEs was heavily constrained due to vested interests and corruption, and was moving at too slow a pace.