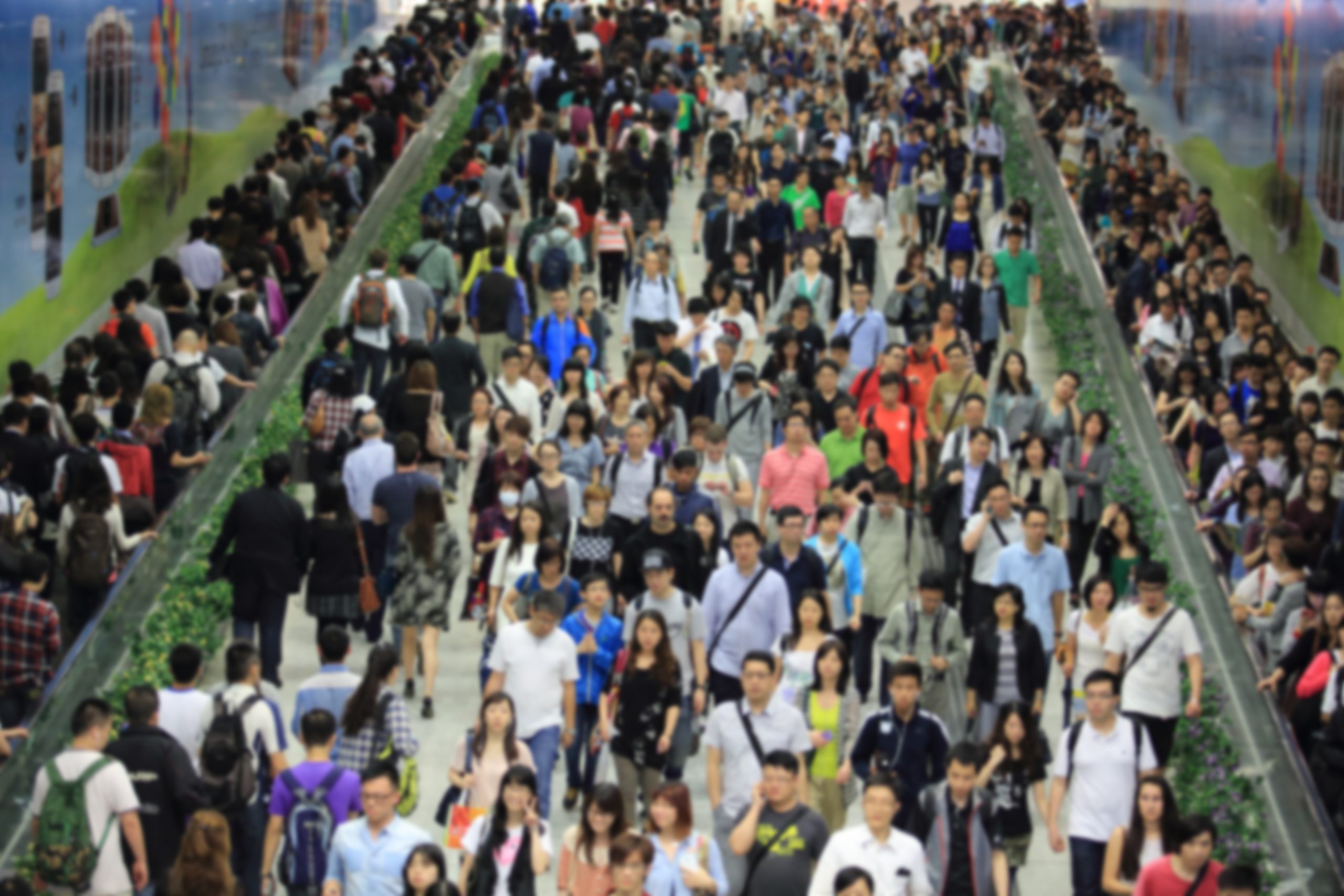 China’s census 2021 data reveal anticipated trends, such as slowing population growth, but also offer clear insights for foreign investors interested in the Chinese market. China’s demographic profile is distinct from any other country due to its historically rapid economic development and unique population management strategies. A combination of factors that include population size, education trends, and accumulation of personal wealth make China an unmatched consumption market.

China released data from its once a decade census on May 10, 2021, offering new insights on the country’s demographic trends. The census, which was the first since 2010, showed that China’s population is growing at a slower pace than before, aging quickly, and becoming increasingly well-educated. Moreover, internal migratory trends reveal regional distinctions in economic vibrancy and quality of life. Due to China’s historically rapid economic development and initiatives, such as the one-child policy, the country has a demographic profile that is distinct from any other country.

We look at what five demographic trends revealed by the census mean for foreign investors, industry growth, and macro-economic development in China.

1. China is still the world’s most populous country and offers an unparalleled consumer base

The census results reaffirmed China’s status as the world’s most populous country, as the population grew by 72 million, or 5.38 percent, since the last census in 2010, for a total of 1.41 billion. That means that 18.11 percent of the world’s population is found within China’s borders. The new population added over the last decade alone is more than the entire populations of countries, such as France, Italy, and Thailand.

China’s slowing population growth means that India, which in 2020 had a population of 1.38 billion and a higher birth rate, will likely become the world’s most populous country in the coming years. However, in contrast to India – and even China 10 years ago – China’s combination of population size and wealth make it an unmatched consumption market.

In 2020, China’s GDP per capita was US$10,483.88, while India’s was US$1,964.88, according to the IMF. Thus, while India will soon surpass China in population size, China will remain a far more valuable market for the foreseeable future given the far higher spending power and disposable income of individual consumers.

2. Increasing scope for investments in healthcare and elder care

When the age bracket is lowered to 60 and older, there were 264.02 million people, representing 18.7 percent of the population, up from 13.26 percent a decade earlier. Overall, the average age in China is 38.8 years old.

When announcing the results of the census, Ning Jizhe, the head of the National Bureau of Statistics, said “Aging has become a basic national condition of China for a period of time to come.”

While it is typical for countries to age and birth rates to slow as they become more developed, as has been the case with Japan and South Korea, China is aging at a faster rate due in part to the one child policy, which was eliminated in 2016.

The increase in size of the elderly population will demand unprecedented investments in China’s elder care industry. Healthcare was already among the highest priority investment areas for the Chinese government after the COVID-19 pandemic exposed gaps in the system, and the country’s aging population only adds more pressure to improve service provision.

Increasingly affluent working age adults may turn to private sector services, such as long-term care facilities, to tend for their parents and grandparents due to limitations in the public healthcare system. In addition to elder care services, the aging population will require products, such as pharmaceuticals, medical devices, and disability aids, in greater numbers.

Further, China’s fertility rate was 1.3 children per woman in 2020, significantly below the replacement rate of 2.1 percent and the government’s 2016 target of 1.8 by 2020. This means that the shrinking working age population will be a long-term trend. Young Chinese adults frequently cite rising living costs, unaffordable property, and uncertain career paths as major reasons for delaying parenthood or limiting the size of their families. The shrinking labor pool may lead policymakers to raise the official retirement age from 60 years for men, 55 years for women, and 50 years for women in blue-collar jobs, which is still low compared to most other countries.

A smaller labor force will add greater urgency for businesses to adopt advanced robotics, artificial intelligence, and other forms of automation. China is already the largest market in the world for industrial robotics, and still the fastest growing, as it is responsible for about one-third of all sales.

Moreover, policies such as Made in China 2025 and the 14th Five Year Plan offer a combination of market incentives and planning for investment into and adoption of automation technologies and tech innovation.

China’s census findings revealed rapid improvements in education levels. According to the 2021 census, 218.36 million people in China are university graduates, a 73 percent increase from 2010.

As a share of the population, 15.5 percent held a university or vocational college degree, compared to 8.9 percent in 2010. In addition, the country’s illiteracy rate fell from 4.08 percent to 2.67 percent.

The popularity of higher education and the bigger than expected size of the youth cohort means that education will continue to be among the country’s most in-demand services going forward.

Chinese families value education as essential for upward mobility in an increasingly competitive job market, and the government’s plans to reorient the country’s economy towards services and innovation requires a highly educated young workforce.

Education services in China start from a young age due to the country’s intense academic competition – before- and after-school private K-12 tutoring, for example, is a US$120 billion industry.

The census also illuminated domestic migratory shifts within China. The eastern region’s population share increased by 2.15 percentage points to 39.93 percent of the total, while the western region increased its share slightly by 0.22 points.

The southern province of Guangdong’s population increased by 22 million, or 21 percent, over the last decade, further extending its lead as the country’s most populous province at 126 million. Eastern China’s Zhejiang province also grew rapidly, with an 18.6 percent population increase since the last census.

In contrast, the northeast’s share of the population shrank by 1.2 points to 6.98 percent – a significant portion of its total – while the central region’s share declined by 0.79 points to 25.83 percent. The northeastern province of Heilongjiang had the country’s steepest population decline, as the population in 2020 was 17 percent lower than in 2010, losing over 6 million residents. Its neighbor, Jilin, also experienced substantial outward migration, with a population decline of 12 percent.

China’s domestic migratory trends reflect regional imbalances in the economy that businesses should be aware of. The country’s southern and eastern regions have been successful in developing technology, services, and knowledge-based sectors in the economy, while the northeast has slowed due to declining demand for heavy industry.

The trends, however, have caused China to offer key tax and investment incentives for capital to move inland and into the western regions, which in turn is expected to attract talent movement.

Moreover, more provinces and cities are relaxing hukou eligibility requirements besides the fact that hukou reform is part of the national agenda; these mean that over the medium-term, the regional imbalances could potentially be narrowed.

Overall, China’s multi-decade long urbanization drive continued to speed ahead, as the country’s urbanization rate grew by 14.21 points to 63.89 percent, leaving the share of the rural population at just 36.11 percent. That means that China’s cities added an additional 230 million residents over the last 10 years, raising the total to 902 million urban residents.

More workers in urban areas translates to higher productivity and greater consumption levels, which will be necessary for the government’s “dual circulation” economic strategy to succeed. If China’s urbanization drive is to continue at a rapid pace, authorities will need to further loosen hukou regulations, which restrict labor movement across the country.