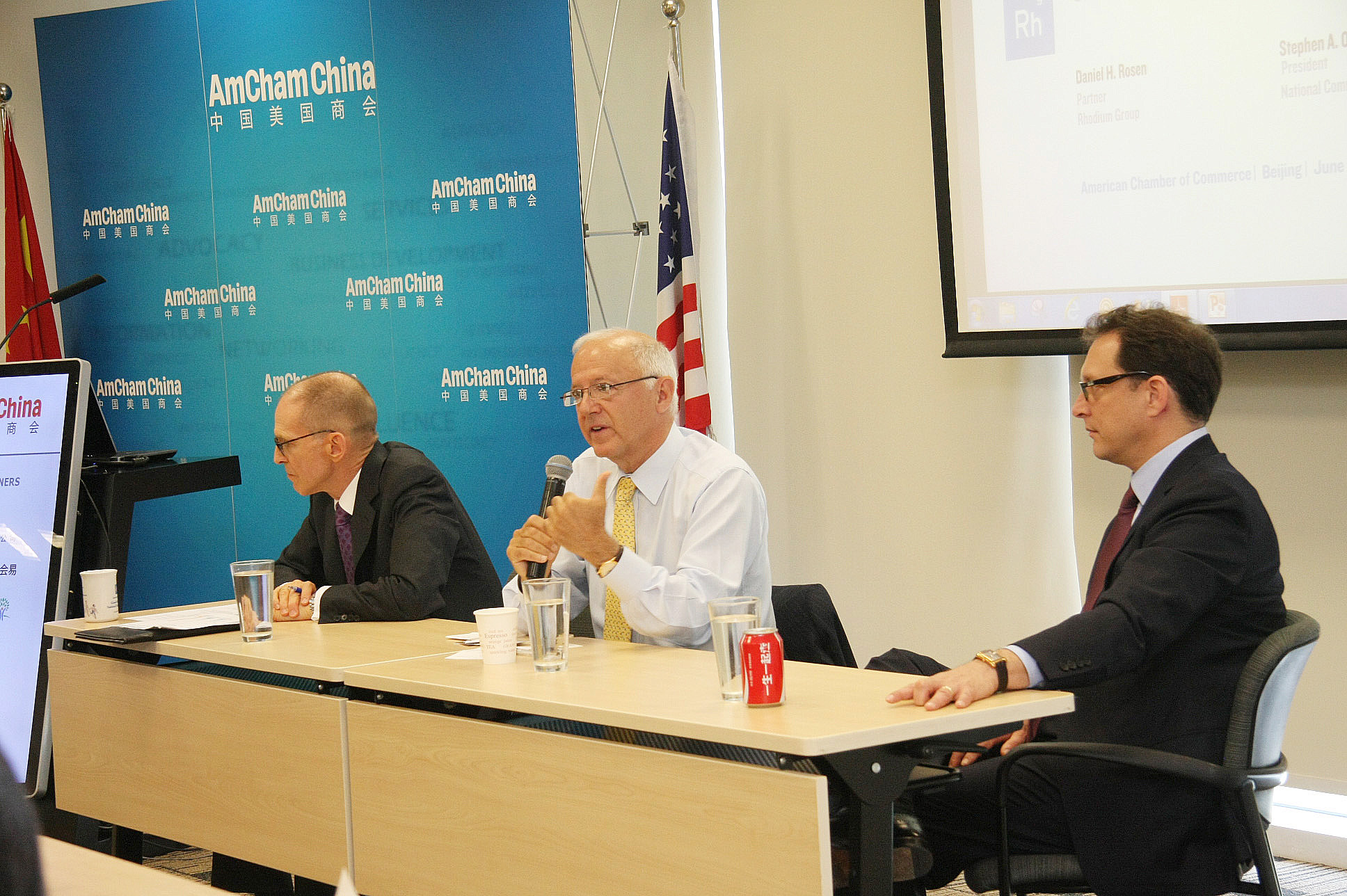 Seeing it as a harbinger of growth, innovation and long-term competitiveness for the nation, the US has historically taken a favorable approach toward foreign direct investment (FDI). For the past 50 years, it has been the world’s largest recipient of FDI, with inward stock totaling $2.8 trillion by the end of August 2013. Through open investment policies, foreign firms have had the chance to transform communities by leading local innovation and spending on research and development. The amount of foreign capital received by the US is steadily increasing, but the composition of investing countries is changing at a much faster rate.

China, which accounted for only 0.3 percent of the FDI stock in 2012, is starting to catch up with the traditional big investors, such as the United Kingdom, Germany and France, after a recent surge of Chinese companies entering US markets. According to the report New Neighbors: Chinese Investment in the US by Congressional District, released by Rhodium Group and the National Committee on US-China Relations, the past five years have witnessed $46 billion worth of Chinese greenfield establishments and acquisitions in the US. The report breaks down Chinese commercial investment in the US by congressional district, providing details on the 340 districts Chinese companies are operating in and the some 80,000 Americans they employ.

Soon after the formal establishment of diplomatic relations in 1979, Orlins left his job at the US State Department to represent the first wave of American foreign investors in China. More than three decades later, he notes that “the shoe is on the other foot,” with FDI no longer being a one-way street from the US to China.

“Chinese investment is going to change the fabric of the bilateral relationship,” he said. “We thought it made an enormous amount of sense to study this at the congressional level and see how many jobs are dependent upon Chinese employers today in order to get an idea for what it will look like in the future.”

Both Orlins and Rosen look at Japan as the antecedent for direct investment in the US. New Neighbors reports that Chinese FDI is only at the initial stages of what Japanese firms reached in the 1980s, and that the growth potential for Chinese investment and job creation is enormous.

“Chinese FDI totals around $50 billion in the US today,” Rosen said. “If current trends stay the same, looking forward to 2020 it’s going to be somewhere between $150 billion and $250 billion invested in 435 congressional districts.” This will push the number of jobs created for Americans from 85,000 to 200,000-400,000. Still, this is only half the number of Americans now working for Japanese companies in the US.

It’s also interesting to compare the nature of the investments China is making at this early stage with those of Japan. In the 1980s, Japan became known for high-profile investments such as the purchase of the Rockefeller Center by the Mitsubishi Estate Company of Tokyo. Chinese investors, however, aren’t looking to pour their resources into “trophy assets.” While conducting research for New Neighbors, one of the analyses run on a congressional district investment database was whether Chinese money was mostly going to well-off America. It turns out that the second poorest fifth of the US, measured by district income level, is seeing the largest share of Chinese investment. Rosen made clear that Chinese firms are more likely to be value investors, with most of the initial inflow having gone into mergers and acquisitions.

Where exactly is Chinese investment having the most impact? The South, encompassing the area from North Carolina all the way down to Texas, ranks first for Chinese investment at $17.3 billion. It’s in this part of the country that some of the best-known Chinese-owned companies are located, notable among them Haier, a multinational consumer electronics and home appliances company with its manufacturing facility in South Carolina. Also in the region is Smithfield Foods, headquartered in Virginia, and Continental Motors and Golden Dragon Copper, both located in Alabama.

Although the South is host to the most FDI, Chinese investment is far from concentrated in any particular area. The research team  at Rhodium Group found that 78 percent of the 435 American congressional districts are host to Chinese FDI.

Although Chinese FDI brings exciting promise to the country, when asked about their attitude toward China’s investment in mainstream and Wall Street USA, Americans expressed mixed feelings. According to Rosen, when polled on whether Chinese investment creates growth and jobs in the US, 75 percent either didn’t know or disagreed. It’s a worse story within Congress, where 81 percent have a negative view of China and what Chinese FDI means for the US.

Both Rosen and Orlins think it’s natural for Congress to be outspoken regarding Chinese FDI in the US, as they have a large role in steering the national dialogue. They hope, however, that New Neighbors will change the attitude of Americans toward Chinese FDI by debunking some of the myths. It will be to the benefit of both Americans and Chinese if the debate is based on hard facts rather than scare tactics and popular sentiment.