Clearing the Air on Pollution and Policy with the Paulson Institute 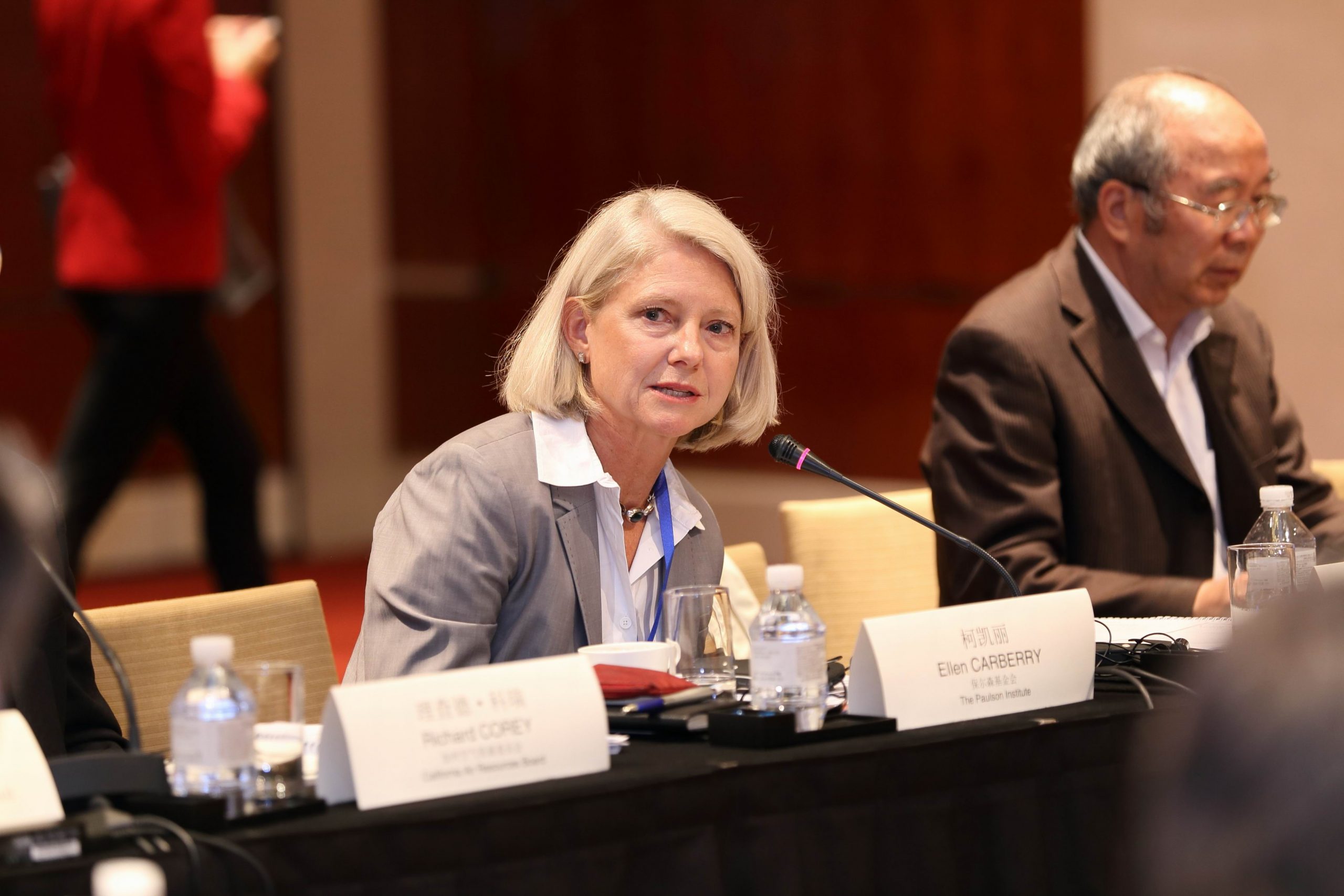 At this year's Annual General Meeting, AmCham China awarded Henry Paulson the US-China Statesman award for his continuous efforts to bring the two nations together for the sake of that most important shared resource – the environment. The mission of the Paulson Institute, founded in 2011, is to advance US-China relations and promote sustainable economic growth and environmental preservation in both countries. In September, the institute launched its newest endeavor, the Climate Change and Air Quality Program, based in Beijing. Business Now Editor Bridget Riley sat down with two key members of the program, Managing Director Ellen Carberry (previously of the China Greentech Initiative) and Associate Director of Research Anders Hove, to learn more about the the status of air pollution and the  program's goals.

What's your vision for the Climate Change and Air Quality Program?

Carberry: We're working with about 30 leaders from businesses, government, and NGOs. We've been thinking about how to focus a program with a long-term perspective and also with very discrete outcomes in the next six months and 12 months.

Through a lot of in-depth conversation in the first month, September, we came to the view that our focus would be to try to help the nation understand that while addressing air pollution, you should also be thinking about the impact on climate change. The goal is to then help government, policy makers, citizens, and businesses understand that addressing these environmental issues actually leads to the very economic transformation that is (in line with) the direction of the current leadership of the Chinese government. By fixing air and climate change together, you can also then get to the big grand outcome of a more innovative society and a talent-driven society. One impacts the other.

Things like enforcement of laws, having effective and transparent standards, having agencies that are fully capable of implementing and enforcing those standards, and having those standards be based on systematic, scientific rules that businesses can understand, and contribute to, those things are pre-conditions to the market to work effectively to resolve the problem.

Whom are you trying to influence?

Carberry: The hope is that we can provide helpful, well-researched policy recommendations. The value we add is to work at the intersection of business, government, and society to enable China to harness the market side of this transformation. When we make recommendations, and we're planning to do so by summer 2015, those would have had the inputs of all these other organizations so we can build a powerful collective wisdom.

What are some of your initial challenges?

Carberry: Some things China is doing on air pollution are good for the climate, some are not so good. We're trying to help China get that right, so that by fixing one problem, you don't cause another problem.

Can you provide an example of this?

Hove: One of the important things China is doing in the near-term as part of the Clean Air Action Plan is to cap coal use in certain provinces including the Hebei, Beijing, Tianjin area. China is doing something pretty amazing in terms of reducing coal use in some of the most high coal-consuming regions of the world. But if at the same time coal use is skyrocketing in Xinjiang and Inner Mongolia to supplant that consumption here, the net effect could be very negative for the carbon intensity target.

What's the status of air quality in Northeast China?

Hove: There is not a statistical trend in terms of particulate matter (PM) 2.5 levels getting better or worse during the period since 2008 (when the US Embassy started publishing records). During this period, Chinese energy production, coal use, and car ownership have all risen dramatically, so to some extent, the fact that PM 2.5 ambient level has remained not statistically growing or going down reflects an improvement in the emissions factors. The amounts of money that China has invested, and the standards and the various targets that the government has put in place have had an impact.

What nations or cities provide a good example for this issue?

Carberry: Japan has very low energy use per unit of GDP. Its efficient use of energy was part of its economic miracle. Japan post-World War II had to rebuild its nation. As an island nation that's not energy rich, Japan realized that it had to very, very thoughtfully control the demand side (of energy). So all kinds of Japanese products, cars, and white goods had very good energy efficiency. This is what they did for the domestic solution, but then the devices, when exported, … led to part of Japan's economic growth. Japan realized that it was not enough for them to really use their energy carefully. They had to also put in market-based mechanisms that caused the individuals to make their own choices.

How is the role of the individual changing in China?

Hove: It's important to note how much more information the Chinese public has about air pollution than just a few years ago. That comes from a few different sources. First of all is the fact that (as of 2013) the government does release official information about PM 2.5 in many different locations across China. Any person can receive updates on their mobile phone about PM 2.5 levels. The government puts out various alerts and warnings during extreme haze events and has emergency response measures in place, (such as) reducing factory output and closing polluting facilities and stopping construction. The government talks about pollution more. It makes people aware that pollution is a real danger to human health. That's the first step – the awareness that leads to action.

Take a look at the Institute of Public and Environmental Affairs mobile app. The red circles indicate factories that are currently exceeding pollution standards around the North China area. This app came out earlier this year and it's providing data from government monitors of factory emissions around China. This is an example of information Chinese people did not have before that we and regulators can all use to see who is complying and who has not complied.

What role are companies playing?

Carberry: We definitely invite the American business community here in China to work with us … to help shape a point of view together.

Companies like 3M, IBM, Dow, Honeywell, and others include their voices about what they're doing to accelerate their solutions to climate change and air quality issues, as well as research and development in this area. They see that it is a big problem, so little by little, many parts of their strategies and their portfolios are quite directly targeted at this area.