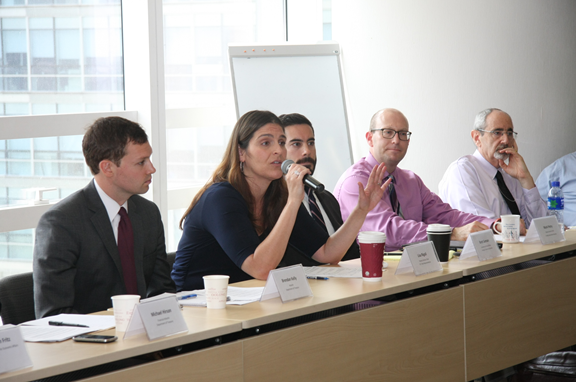 On July 7, AmCham China, in coordination with the US-China Business Council and the US Information Technology Office, hosted eight officials from the US Embassy to discuss the 7th Annual US-China Strategic & Economic Dialogue (S&ED).

The S&ED is a series of high-level discussions between senior officials in the US and Chinese governments. This year, over 400 Chinese officials made a trip to Washington, D.C. to discuss a range of topics. Around the world, stakeholders in Sino-US relations parse these dialogues for an understanding of future developments. This is especially true this year because the S&ED is widely expected to set the agenda for Xi Jinping’s September meetings with President Obama in Washington, D.C. In addition, the US and China are in ongoing negotiations for a bilateral investment treaty.

The 100-plus attendees demonstrated just how important these dialogues are to the business and government relations communities. The US Embassy officials who spoke at the event participated in talks surrounding bilateral trade, finance, agriculture, science, technology and diplomacy. Although the speakers acknowledged points of contention, such as cyber-security and increased access to financial markets, the S&ED still has value. As one speaker put it, “The opportunity to have high-level, closed-door discussions is absolutely crucial to establishing what each side is concerned about.”