Getting a Grip on Supply-Side Structural Reforms 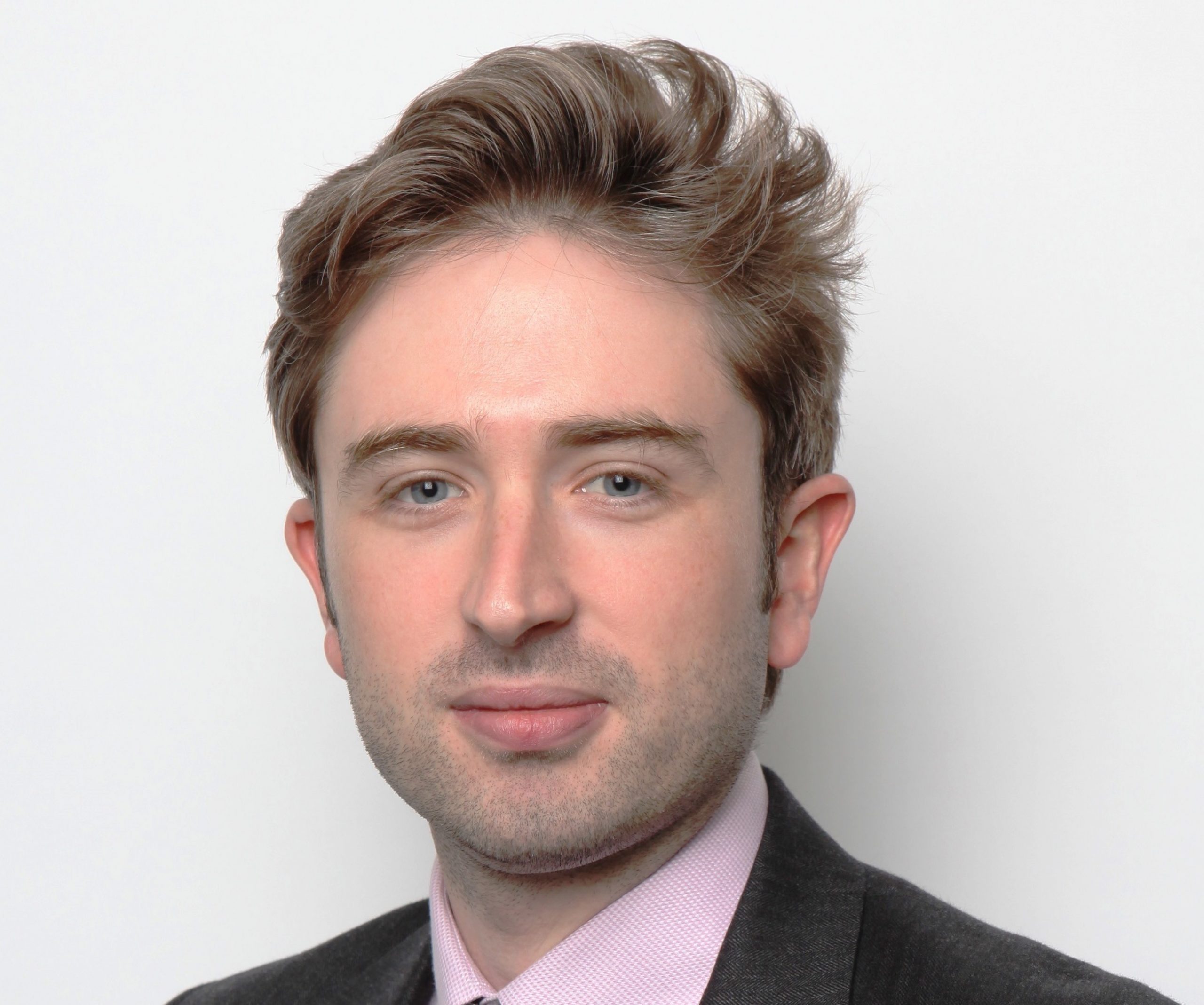 Supply-side structural reform (SSSR) dominates the economic policymaking landscape in China. In place since late 2015, the policy shapes everything from the government’s efforts to reduce excess industrial capacity to initiatives aimed at curbing high levels of corporate debt. Evaluating China’s ability to overcome its chief economic challenges and sustain its economic growth is impossible without a grasp of the policy.

It is surprising, then, that little attention has been given to SSSR by independent research organizations. More focus has been given to programs such as the Belt and Road Initiative and Made in China 2025 (MiC 2025). The Economist Intelligence Unit (EIU) felt it was worthwhile to address that deficit in a recent white paper, China’s supply-side structural reform: progress and outlook. Our starting point was that, like it or not, government slogans matter when trying to assess economic policy in China.

SSSR may borrow the language of supply-side economics – typically associated in the West with “Reaganomics” – but in general the comparison is not helpful. Tax cuts and deregulation are certainly part of the Chinese government’s agenda, but it also spans several other areas. Unlike Reaganomics, which was preoccupied with reducing the size of government, China’s SSSR retains a strong role for the state and party in guiding and executing policy.

The broad aim of SSSR is to better align supply and demand within the economy. Years of loose credit and stimulus policies have given rise to massive oversupply in areas such as heavy industry and property. Meanwhile, China’s economy has been slow to adjust to the changing structure of domestic demand, which is increasingly driven by consumption rather than investment. In a speech on SSSR in January 2016, President Xi noted how a rising number of Chinese were importing or purchasing overseas items such as rice cookers, toilet seats, and milk powder; he noted the problem was not a lack of demand, but a failure to supply goods and services of the quality demanded by an increasingly affluent population.

There are five specific components to the SSSR agenda. The first – and that which has generated most attention – involves cutting industrial overcapacity, specifically in the coal and steel sectors at first. The second is concerned with destocking, focused mainly on unsold housing inventory, but also touching on the agriculture sector. Connected to these aims is the third component of SSSR, deleveraging, which targets ways to reduce dangerously high levels of corporate debt (much of it tied to the bloated industrial and housing sectors). The agenda is rounded out by lowering corporate costs and strengthening “weak links” – the latter a reference to efforts to move local manufacturing up the value-chain.

In our paper we argue that there was surprising progress across several of these policy areas in 2016. Industrial overcapacity has been an endemic problem for China’s economy, underpinned by the reluctance of local government officials to close underperforming firms that provide employment and tax revenue. However, last year there was finally progress on this front – the government reports that it shuttered 65 million tons of steelmaking capacity and 290 million tons of coal capacity. Some of that capacity was already idle, but the market reaction suggests that the cuts were nevertheless meaningful: at the end of 2016, local coking coal prices were more than double their level at the beginning of the year.

Likewise, unsold property inventory fell for the first time in over a decade in 2016. Admittedly, the decline was small – China now “only” has just under 700 million square meters of unsold property – and only achieved through aggressive efforts to stimulate house purchasing. But keeping a lid on investment in property development was nevertheless impressive given a failure to do so before.

On the corporate deleveraging front, supporting schemes, such as debt-for-equity swaps and mergers and acquisitions among state-owned enterprises (SOEs), were expanded. Industrial price reflation stemming from capacity cuts also helped to ease debt repayment strains for some firms and contributed to a stabilization in corporate debt as a share of GDP.

The value-added tax reform completed last year had mixed implications in terms of corporate costs. However, the cutting of various administrative charges levied by local governments, almost as burdensome as other corporate taxes combined, was positive for bottom lines. Assessing progress in terms of the strengthening “weak links” objective is challenging, but financing under MiC 2025 initiative was rolled out in 2016 and a string of overseas acquisitions by Chinese firms – such as Midea’s purchase in the same year of a German robotics firm, Kuka – have helped to improve underlying competitiveness.

Progress in implementing SSSR last year reflected the strong political push behind the agenda. Exhaustive promotion by the central authorities, alongside clear target and incentive setting, encouraged local officials to fall into line. Nevertheless, we see reliance on top-down commands – rather than giving scope to market forces to drive the direction of reforms – as one of the SSSR program’s fundamental weaknesses. This is the main reason why we expect progress to slow across its target areas in the coming years.

We are least positive about destocking property inventory. More than 90% of unsold inventory lies outside of tier-one cities, according to our estimates, but stimulating demand across smaller cities will be challenging – unless it involves the potentially risky strategy of encouraging low-income groups to take on much more mortgage financing. On the supply-side, it will be impossible to restrain local governments in such areas from selling land for property development unless they are provided with an alternative revenue stream. However, the authorities have made clear that the main option – a tax on home ownership – will not be introduced before 2020.

Much of the apparent progress on corporate deleveraging will dissipate when industrial price inflation softens later in 2017. Some of the specific schemes backed by the government are also problematically structured. Debt-for-equity swaps seem like bail-outs under another name when surveying several of the failing companies that have received them. The pace of the debt build-up may slow, but it is difficult to envisage China actually lowering its debt load unless the government tolerates a much lower pace of economic growth – or a financial crisis occurs.

Industrial capacity cuts also face a challenging outlook. They will encounter more resistance as they expand into areas of productive (rather than idle) capacity and extend deeper into the more sensitive SOE sector – cuts to date have largely targeted private companies. Revealingly, the government has lowered its targets for steel and coal capacity cuts to 50 million and 150 million tons, respectively, in 2017. More broadly, unless there are reforms to underlying subsidy and credit policies, the problem of systemic overcapacity will persist. The problem is much wider than the coal and steel sectors: we highlight in our report that production capacity utilization rates in those industries are actually reasonable compared with several others.

More progress is likely in areas such as reducing corporate costs and moving the economy up the value chain. While a reduction in the corporate income tax rate from 25% is unlikely, there remains space to lower other costs for firms, including in government fees and very high social security contributions. We have doubts about whether a top-down approach to stimulating innovation can be wholly successful, but deep financing and policy support will likely deliver some gains (alongside waste). The most innovative Chinese firms, clustered in the private technology and internet sectors, will also continue to prosper despite, rather than because of, government policy.

What does SSSR mean for foreign firms?

Foreign firms should approach SSSR with two issues at the forefront of their thinking. One is what the initiative means for China’s economic growth prospects. The other is how policy in the specific fields that fall under SSSR could impact on the business operating environment.

In terms of the former, we are relatively downbeat. While we have seen progress on SSSR to date, as noted above, we remain skeptical about enforcement in the longer-term and have doubts about whether such a government-driven program is best tailored to meet China’s economic challenges. As such, our long-term economic growth forecast for China is conservative: we project trend real GDP growth of around 4% in the 2020s. A declining labor force and slowing capital stock expansion mean that the country will struggle to deliver strong growth rates, barring an unexpected surge in productivity. SSSR will not be the salve that will cure the Chinese economy of its ills.

On the latter, the SSSR agenda offers a mixture of opportunities and risks for foreign companies in China. On the positive side, efforts to reduce industrial overcapacity, turn around struggling companies and stimulate higher value-added industrial production promise a role for foreign expertise and technology. Yet this has to be carefully balanced against less favorable aspects. MiC 2025 is clearly aimed at raising the market share of domestic firms in several manufacturing sectors, presumably at the cost of foreign players. SOE mergers under the deleveraging drive will generate vast companies that may squeeze international rivals in the global marketplace.

In the final analysis, SSSR provides a salutary lesson in the importance of monitoring and understanding government policy in a non-market economy. Many of the major economic developments in China in 2016, such as soaring coal and housing prices, were tied directly to the program. It is set to remain an important force, shaping commodity prices, infrastructure investment, SOE profitability and property prices, among other areas. Grasping the dimensions of SSSR and the shifting scope of the policy will be a critical part of planning for any China-facing business in the years to come.

Read the full report on The Economist Intelligence Unit's website.

Tom Rafferty is Regional Manager, China at The Economist Intelligence Unit (EIU). He is based at The EIU’s Beijing office.