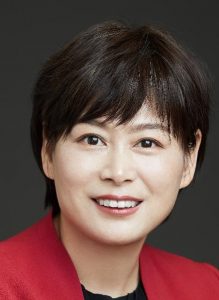 AmCham China is growing its prominence in the business and policy world in China by combining the strength and commitment of members.  Being able to serve on the Board is a privilege to give back to the community and further enable the community.

I have close to 20 years of experiences with AmCham, active in different forums and committees, on the Board from 2017-2020 and having the honor of serving as a Vice Chair for 2020. I learnt gradually over the years the depth and diversity of the membership, the significance of having an open mind to different interests and ideas, and the skills to work with member representatives and staff to deliver results.

The year off the board in 2021 was an opportunity for me to reflect and identify the missed opportunities. I am now fully charged and would like to strive for another chance to serve with commitment to more time spent on proactive listening and consulting and a stronger focus on execution.

Prior to this role, she was General Manager, Public & Government Affairs, Greater China, responsible for the company’s policy advocacy, government engagement, and strategic communications in the Greater China region.

Before joining Dow in 2014, she led the China government affairs functions of DuPont and Standard Chartered Bank respectively for 13 years.

Gloria was China Public Relations Manager of Alibaba.com Group in 2000-2001 and helped build up brand awareness of the new company in its early years.

From 1993 to 2000, Gloria was a political correspondent with China Daily, covering legislative and foreign affairs, military, Hong Kong, Macao and Taiwan news.

Gloria graduated from Nanjing University with a BA in English Language and Literature.