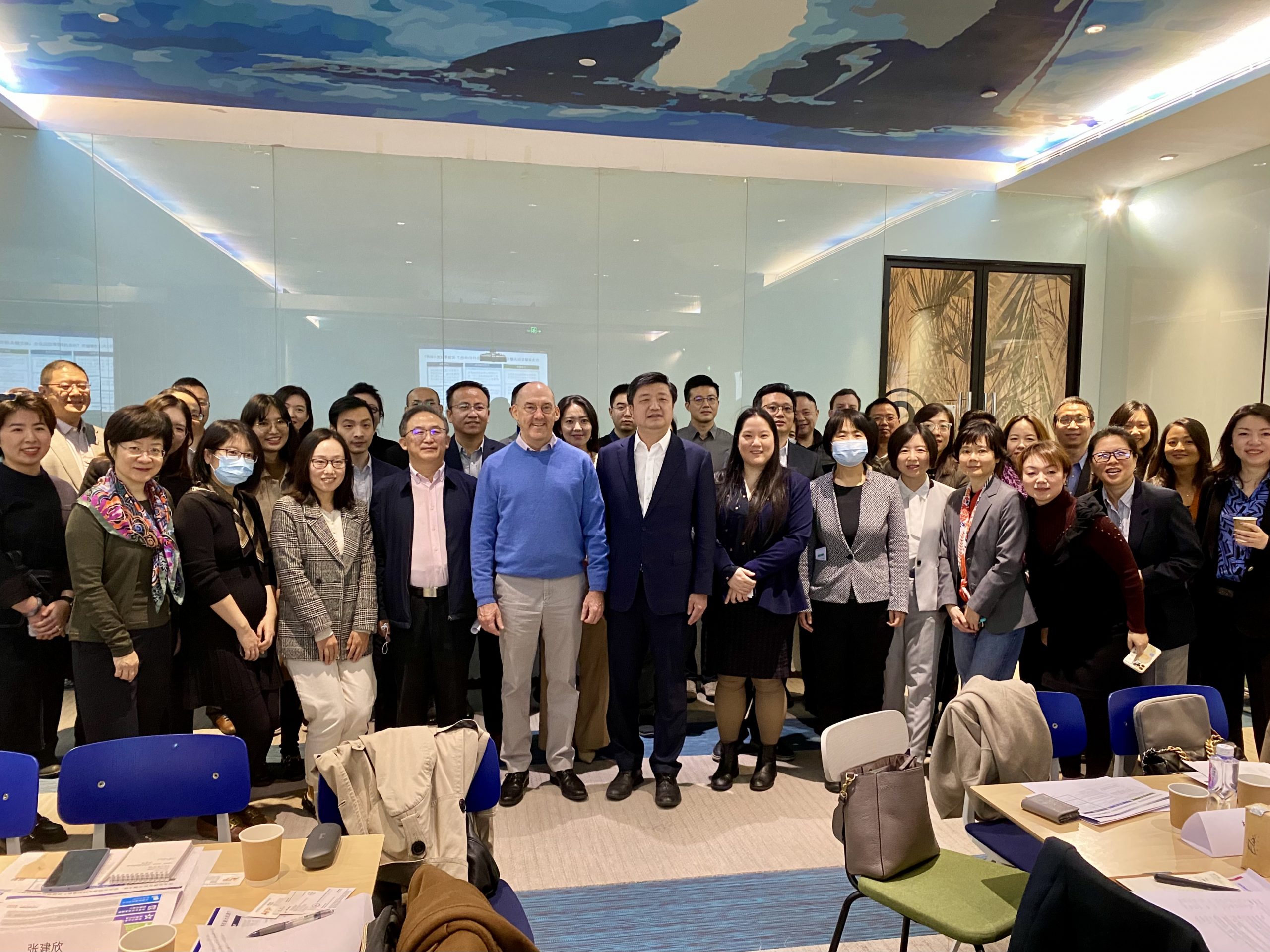 On November 2nd, AmCham China’s Social Impact Initiative hosted a working session on “Opportunities and Innovative Practices of Multinational Companies in Dual Carbon Goals”. The highly interactive event was joined by 16 officials from National Development and Reform Commission (NDRC), Ministry of Science and Technology (MOST), Ministry of Commerce (MOFCOM), Development and Research Center of the State Council, Ministry of Ecology and Environment, and others.

Senior corporate representatives from 21 companies, including Intel, Honeywell, Procter & Gamble, Amazon, Pepsi, Marks, and Mitsubishi attended the session to discuss relevant opportunities and exchange best practices. The Deputy Director in General of the Department of International Cooperation of NDRC, Gao Jian, also joined the event and responded to members’ questions about the high-level design of China’s “Dual Carbon Goals”.

At the meeting, Gao Jian, Deputy Director of the International Cooperation Department of the National Development and Reform Commission, introduced three important documents that have been issued between the end of October to the beginning of November. The documents outlined how China will achieve its dual carbon targets in 2030 and 2060 respectively:

1.     “Opinions of the Central Committee of the Communist Party of China and the State Council on the Complete, Accurate and Comprehensive Implementation of the New Development Concept to Do a Good Job in Carbon Peak and Carbon Neutrality”

2.     “Notice of the State Council on Issuing the Action Plan for Carbon Peaking by 2030”

After group discussions on the topics of agriculture, technology, manufacturing, trade and other related industries, representatives of each group shared the opportunities and challenges companies could encounter. Jian responded to the concerns of member companies and stated that the Chinese government is “trustworthy in words and resolute in deeds” in reaching their goals

During the second half of the meeting, the Chamber of Commerce invited three experts in the fields of energy policy and sustainable development to further explain the implications of the policies:

AmCham China is optimistic that the new joint declaration will inject fresh momentum into global climate negotiations. As always, the Chamber will continue to monitor this issue closely, so stay tuned for more relevant events and briefings. To join the Social Impact Initiative, please contact Kathy Li kli@amchamchina.org