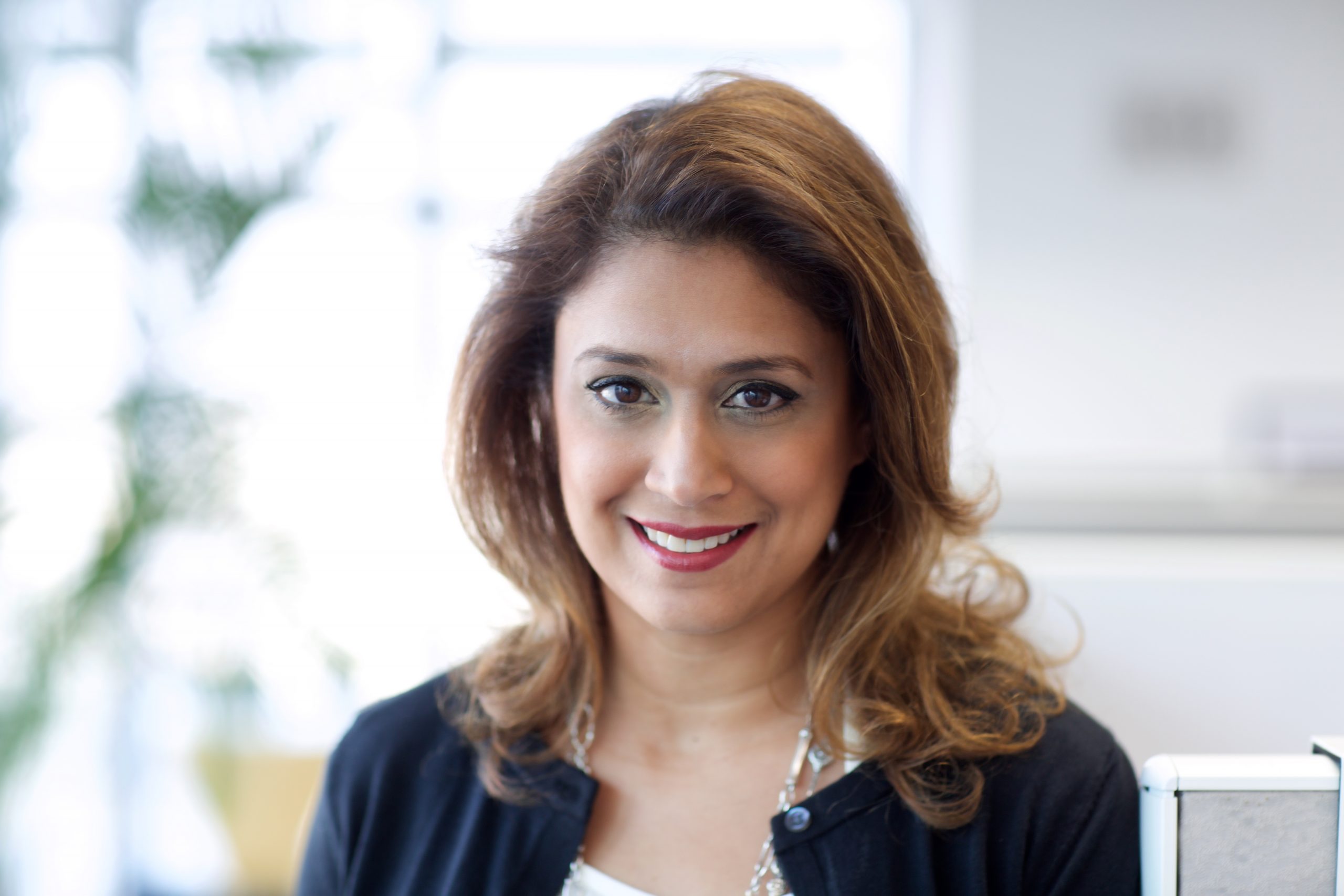 Intel just reached an important landmark – 30 years in China. Leading the company into its next decade is Rupal Shah, Vice President, Sales & Marketing and General Manager of Intel China. She says the way Intel operates in China has changed significantly, from looking to headquarters for direction to now setting the tone for the entire company.

Shah recently passed her own milestone of 20 years with Intel. After getting her master's degree, she started her career with the company, first in the US, then in Singapore for 10 years and now in Beijing for the past three years. Shah spoke with Business Now – seated at what she said was the feng shui sweet spot of the room – about the time commitment necessary for developing future leaders and the importance of communicating well with headquarters.

What's it like to represent an American multinational in China these days?

On Oct. 22, we hosted our 30th anniversary gala. We see ourselves as a fixture inside China. We're one of the largest employers in those cities where we have factories like Chengdu and Dalian. China sees us as a trusted employer.

Operating as any multinational inside a foreign country, especially China, has its challenges. We have to move very quickly because you're only as good as your last innovation. You have to invest, you have to be committed and you have to be willing to partner locally. Without that, you just face walls. That's the cost of staying in a dynamic market like China. So far, it feels really healthy for us. But that changes every day.

For Intel, China is a region (and) reports directly back into headquarters. I think that's a testament to how important the China market is to our company.

How do you communicate with your team?

We have 7,500 people across China, and several hundred focused on sales and marketing. My three big hubs are Beijing, Shanghai and Shenzhen, and I have people in Wuhan, Chengdu, Chongqing – all over. That requires incredible amounts of synchronization, communication, travel. Just having your feet on the street constantly – me personally and my leadership team of 11 folks. I'm constantly on the go – that's just a requirement of the job.

Then there's this whole other part, which is how do you keep that trust and support from headquarters. I can't get on a plane and go to the US every month – although sometimes it feels like I do. I've managed to maintain a very strong connection with all of my business unit and sales stakeholders in the US. Without that trust, I really can't be successful. I need agility, I need to move fast. I don't have time for seven operations reviews with headquarters before they approve an action.

For the last 30 years, China has often been seen as a “me, too” market. Those days are over. Consumers here are not following consumers in the US – it's the other way around. Look at online mobile payments: 50 percent of consumers in China have made a mobile payment in the last 12 months (versus) only 19 percent of the US. Mature markets have something to learn from China.

The innovation is coming first here and exporting to the rest of the world. I'm trying to do the same thing from a leadership perspective. That's probably the most fun part of my job. Rather than the organization here always looking to headquarters to say, “What's next guys?”, all these executives are marching through China constantly asking us, “Hey what has your organization learned from the ground to shape and inform our global strategy?” – and that's terribly exciting.

How do you foster leadership in your team?

Twenty-five percent of my time is spent on leadership development. It's an investment that is hard to make because it takes away from the day to day, but if we don't do it, we'll end up with a huge leadership dilemma.

The leaders in my organization are a very diverse bunch. I bring in engineers, marketing experts, finance folks. We're diverse from a gender standpoint, from a cultural, educational and language perspective. Together we complement each other very well. I've hired people who are the polar opposite of me to help keep me in check.

(We have) very active leadership development plans. Every leader on my staff has a plan tailored to their own career, background and mission statement for their career. The intersection of that mission statement and the needs of the organization define where we go together. It's made up of leadership courses, active mentorship and sponsorship and a regular review of those plans.

Your leadership team over time is only as strong as the pipeline that builds it. We come together (with key managers underneath vice presidents and directors) on a quarterly basis to make sure everybody's on the same page, have active discussions on problems and have targeted time on developing leadership skills.

Who has influenced your leadership style?

I've grown up at this company. One of the influences on me was Andy Grove, one of the founders of Intel. He was a god at Intel. I remember getting in the elevator with him and went down to the cafeteria, and the whole time he's following me. I sat down and he said, “Can I sit with you?” I can't speak at this point. I have sweat going down the back of my neck. He asked me how I was, and then he asked, “What are you worried about?” I said, “Why are you asking me?” He said, “You should always know what you're worried about. And I always want to know what you're worried about because you guys actually run the company.” I never forgot that moment. It was one of those defining things that you'll never forget in your life. The reason why is that his real message to me was to never forget who's on the ground getting it done every day. If you really want to know what's going on, don't ask the leaders.

Another moment: Sean Maloney, former Chairman of Intel China, asked me to come to China. I said, “You know I don't speak Chinese, right?” Maloney was a long-time sponsor and mentor to me, and he said, “Sometimes you just have to believe the people that believe in you.” People have probably said that to me over the years and I didn't get it.

I won't say there are people that have influenced me, but there have been moments in my career where someone says something that's jarred me or made me realize something.

What's a big loss you've had and what did you learn from it?

My biggest loss was also my biggest win. I was taking care of a large customer here in China. We were working hard to win a multimillion dollar part of their business and were struggling. I wracked my brain and worked on it for six months. I remember talking to the Senior Vice President of this business and just giving it my all, continuing to run my playbook like I had been taught. He looked me in the eye and said, “You're really smart and you and your organization have done a tremendous amount for us, but you don't seem to be getting it. I'm telling you no. I really like you, but you're not going to get this and it's mission impossible. I don't know why you're wasting your time.”

I was deflated like you wouldn't believe. I was running my play, which works on any other business, and it wasn't working here and I couldn't figure out why. I was so frustrated I was shaking. I remember that moment like it was yesterday. I sat with one of my mentors and she said, “Why do you keep trying to sell him what he doesn't want? You have to look at the same problem through different lenses.” Eureka moment.

I'm actually not selling to him. I'm selling the value proposition that Intel offers his company. That's when I ripped up my playbook, sat down with my team and spent two weeks doing nothing but writing a new playbook. (I thought about selling to the) company CFO or the head of HR. It was a great moment to expand my view. Can I add diversity to the supply chain? Can I help fill a skill-set gap? I started looking at the problem from all these different sides within the company rather than just the person I was selling to.

Six months later, we won the design. For me that was a huge low and one of the most amazing highs. It was a major milestone. As we were celebrating, my client said, “I gave you mission impossible. I should give you more missions impossible!”

Have you ever thought about leaving the corporate environment?

Not yet. I look at my own career journey in three stages. The first was in defining myself. In your early 20s when you sign yourself up to work in corporate America, you don't even know who you are yet. I spent that first phase figuring out who I was, what drove me, turn ons and turn offs, the value of impact and the value of being committed.

I'm entering into the third phase of my career now. It's about giving back. I want to give back to the environment that gave so much to me. That's right here in Intel and the technology industry. I think about the next generation of leaders and doers and I want to leave them something they go and make better. The best place for me to do that right now is right here.

What do you do in your free time?

My most important thing is my family. When you're an executive and you have two young children, they become your hobby.

The one thing we really do together as a family is we're adventurous. We travel a ton together. We enjoy going to far out places – Cambodia or Bhutan. We just got back from Italy. We enjoy researching the places (and) give challenges like learning 20 new words of the language where we're going.

My kids have probably traveled to 20 countries already and they're 7 and 9. They're the true definition of third-culture kids, having been born in Singapore and now going to school in China. And I love that.