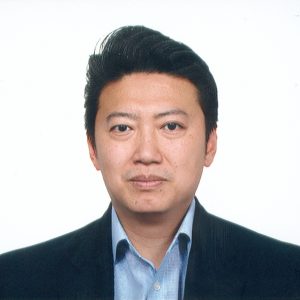 I am Kenneth Zhou, a partner in the law firm of Wilmer Cutler Pickering Hale and Dorr LLP.  I am running for election to AmCham’s Board of Governors 2022 and would like your support.

During my tenure as former Governor and General Counsel, I actively participated in AmCham China’s advocacy for its members, including commenting on policies and regulations affecting US companies’ business interests, meetings with Chinese and US government delegations, trips, presentations and seminars to promote investment and trade between the US and China.   I handled many internal and external legal matters for AmCham.  I have also drafted and reviewed various chapters of AmCham China’s annual White Paper.  After my term as Governor and General Counsel expired, I continued to volunteer on many AmCham advocacy, policy and membership programs to advance the interests of AmCham China’s members, including market entry, cybersecurity and data privacy, protection of intellectual property rights, NGO compliance, and others.

As Chair of the Outbound Investment Forum, I have actively worked with AmCham staff on organizing various programs and seminars for its members.

I have law degrees from both the US and China and was AmCham’s first General Counsel to be duly qualified in both countries.  My practice focuses on US and China direct investments, mergers and acquisitions, and regulatory and policy matters.  I have devoted myself to promoting bilateral investment, trade, business and culture exchanges between the US and China over the past 20 years.

If elected to the Board of Governors, I will continue to help AmCham advance its mission to help American companies succeed in China through advocacy, information, networking and business support services.  I expect to contribute to AmCham’s success in the following respects:

I have lived in Beijing for more than 20 years and am a married father of two.  I speak English, Mandarin and Shanghainese.

Kenneth Zhou is a partner in the firm’s Asia Corporate Practice Group. He joined the firm in 2004.

Mr. Zhou is a former governor and General Counsel of American Chamber of Commerce – People’s Republic of China (AmCham China).  He currently serves as Chair of the Outbound Investment Forum of AmCham China.

Mr. Zhou is the author of the Business Organization Chapter published in Business Law in China: Trade, Investment, Operations and Finance. ICC Publ. No. 672, 2d rev. ed.  He is also one of the authors of China’s Anti-Monopoly Law – The First Five Years, published by Wolters Kluwer in 2012.  He has written articles in such periodicals as China Law & Practice, Asia Pacific Antitrust and Trade Review, Capital and others on a wide range of topics including M&A, corporate restructuring, private equity/venture capital investment, foreign direct investment in China, tax and regulatory matters.