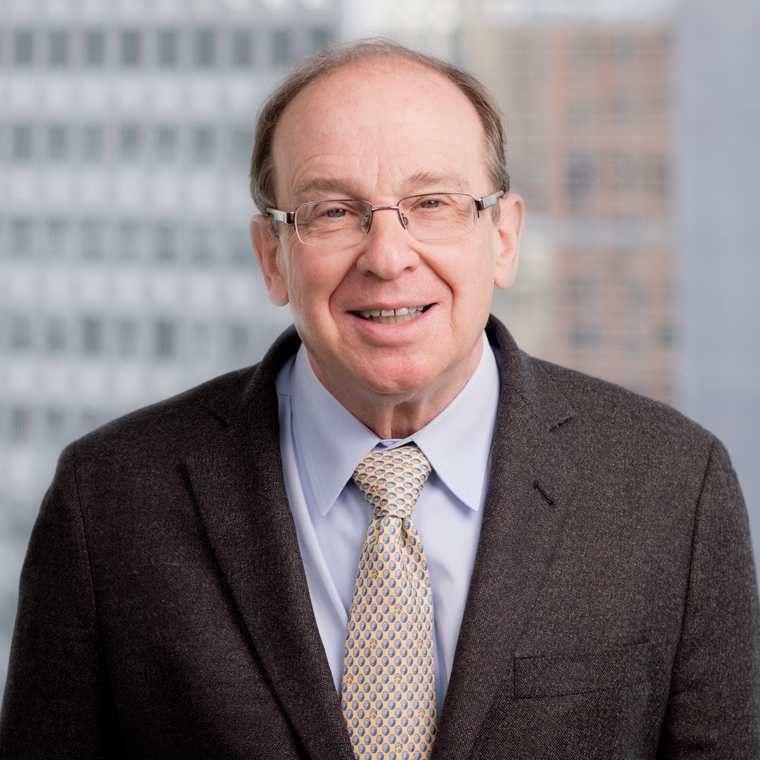 Expanding on the AmCham China Quarterly magazine’s series profiling AmCham China’s Board of Governors (BOG) members, we spoke to former Board of Governor’s Vice Chair and General Counsel and current Chair of both the Policy and Financial Services & Insurance Committees Lester Ross about his over 20 years of engagement with AmCham China, getting involved in the Chamber, and his predictions for the US-China relationship.

Lester Ross is the Partner-in-Charge of the Beijing Office at WilmerHale. As former Vice Chair of the Board of Governors, former General Counsel and current Chair of the Policy Committee and of the Insurance Committee of AmCham China, Ross is a longstanding leader of the American business and legal communities in China and in frequent contact with government officials and other stakeholders.

Ross concentrates his practice on mergers and acquisitions and regulatory matters and has experience in a broad range of industries. He has represented both foreign and local companies and has particular experience advising foreign companies on competition law and regulatory compliance in China.

Photo courtesy of the Lester Ross

How did you first get involved with AmCham China?

Lester Ross: Began by attending events but I first became active as member and then as Vice Chair (and later Chair) of the Legal Committee, including preparation of a lengthy and detailed series of comments on China’s draft Contract Law more than 20 years ago. That project was very substantive and at the time was treated by Chinese authorities as a serious contribution to the legislative process, including but not limited to the impact on foreign investors.

You’ve worked with AmCham China in many capacities over the years, on the Board of Governors as Vice Chair, as General Counsel and currently as Chair of the Policy Committee. Can you talk about how these experiences and how they differed?

Lester Ross: I hesitate to describe this as “worked” as each of these positions has been voluntary while I have been continuously employed on a full-time basis in the private sector. Vice Chair of the Board involves decision-making for the Chamber as whole, and also involves some private diplomacy with the Chinese and US Governments and other chambers. It is very engaging and substantive, and includes close involvement with AmCham staff who carry the actual workload.

The work of the General Counsel fluctuated in intensity but it principally involved participation in HR matters within the Chamber, including a leadership role in dealing with staff members who were not working out; advice to the Board on legal matters like amendment of the Constitution and Bylaws; and working with Chamber committees with respect to legal matters, for example, the conduct of elections. Very much like the role of in-house lawyer in a member company.

What would your advice be to someone who wants to become more involved with AmCham China? Where is a good place to start?

Lester Ross: I have found active involvement to be personally rewarding. You meet and make friends with smart, interesting people from other companies, industries and backgrounds and, if you have an interest in policy matters, AmCham China is a place to become involved. Start by attending events and then volunteering to join a committee in which you have a particular interest and have some knowledge and experience to share.

Can you share any stories about how AmCham China has been helpful to you in your own company or in your own career?

Lester Ross: We do a lot of work as a law firm for the foreign insurance industry which, like many industries, has historically lacked equal treatment in China. I had also represented foreign financial services companies, including but not limited to Chinese companies, in the US before being based in China. While in an AmCham meeting with the Development Research Center, an in-house thinktank for the State Council, it became apparent that they were struggling with how to develop the insurance industry in China which was controlled by a small number of inefficient, largely state-owned companies. I proposed a small meeting with their officials to address this issue where I presented a brief document explaining how authorities in the United States had addressed a similar problem involving over-regulation and a lack of competition in the motor vehicle insurance industry, with data showing that a lowering of market entry barriers resulted in an increase in policy sales and lower consumer premiums (prices), a win-win outcome. This helped to move industry reform forward to the benefit of our members, including my firm’s clients.

What are you most optimistic and most pessimistic about in the US-China relationship? Do you think the relationship can return to somewhere approaching where we’ve been in the past?

Lester Ross: I am most optimistic about the prospects of working together on a small number of common functional problems, especially climate change. The current Chinese leadership recognizes the importance of environmental protection and climate change are to China’s future, although there are short-term reversals with respect to energy and other problems when environmental and ecological issues conflict with other priorities like marine fisheries conservation, the management of shared waterways and reclamation projects in waters claimed by other countries. The US has a much longer history of addressing environmental issues, including the establishment of national parks and national forests systems and a history of working cooperatively with neighboring countries on the management of shared natural resources like rivers and other waterways. The United States also has issues with a large segment of the population and political leadership for various reasons remaining unwilling to address the dangers of climate change. But I think in the years to come there are prospects for working in parallel, if not necessarily together, to address such problems.

On the negative side, however, China’s ambitions under its current leadership, which is likely to be extended at the forthcoming Party Congress, are in direct conflict with the policies and expectations of the United States, many of China’s neighbors, and many of China’s leading trade partners around the world. This creates major risks for China itself, but also places a burden on the United States to work together with allies and partners to dissuade China from acting upon these ambitions. Unless China changes, this means that tensions will remain and likely become more aggravated over time, which among other consequences will place foreign investors in more complicated and riskier situations.

At Wilmer Hale your practice centers on mergers and acquisitions and regulatory matters. Many are predicting that the worst of the regulatory crackdowns are over. Do you agree? How do you think China’s regulatory landscape will evolve in the years ahead?

Lester Ross: I am not so optimistic. While China has pulled back from some of its more troubling regulatory initiatives amidst the current economic slowdown, its policies favoring state-owned enterprises and curbing private enterprises, especially large private-invested enterprises in some of China’s most dynamic industries, presage a continuation of a counterproductive regulatory landscape. Heightened power for anti-monopoly and cyberspace regulators in particular hampers both domestically- and foreign-invested companies and creates risk which affects investment plans. Foreign-invested companies and international trade also suffer from China’s continuing penchant for imposing unilateral quasi-sanctions against imports from smaller countries which have imposed policies which China dislikes, raising the risk profile for supply chains originating in China.

Lester Ross speaking at the launch event for the 2019 American Business in China White Paper.

While foreign firms are reporting increasing concerns about uncertainty in the China market, the importance of the China market remains paramount. How are your clients working to mitigate their concerns around investing in China?

Lester Ross: There is considerable variation in this regard but goods suppliers are generally seeking to reduce their dependence on China as a suppler as part of a broader effort to make their supply chains more resilient. Financial services companies by contrast see China as a large and underserved market which offers considerable growth potential. Companies also need to take into account political risk, in both at home and in China.

What do you believe are the most valuable services AmCham China is currently providing members?

What are some areas you believe AmCham China should more focus on in the future? What is the key to staying relevant as an organization?

Lester Ross: The organizational sociology literature tells us that all organizations must evolve if they are to survive and remain relevant. AmCham China should intensify its efforts to become a policy resource to both the Chinese and American governments, and seek to align its view where possible with other foreign chambers of commerce and business organizations as well as domestic counterparts, to increase its influence on public policy relevant to members. AmCham China also needs to continue to work hard to support an eco-environment of services to support expats in China which has been seriously eroded during Covid.

Lester Ross: I have been honored to serve AmCham China for many years. It is an invaluable organization which merits continuing support from the business and non-profit communities into the future. And in July of this year China’s banking and insurance regulator expressed a very broad public welcome to foreign insurance and other financial institutions, providing further evidence of the success of the efforts of AmCham China and others to open China’s markets and make a broader range of products available to protect the financial health of Chinese citizens.

This article is from the AmCham China Quarterly Magazine (Issue 3, 2022). To access the entire publication for free, sign up on our member portal here.