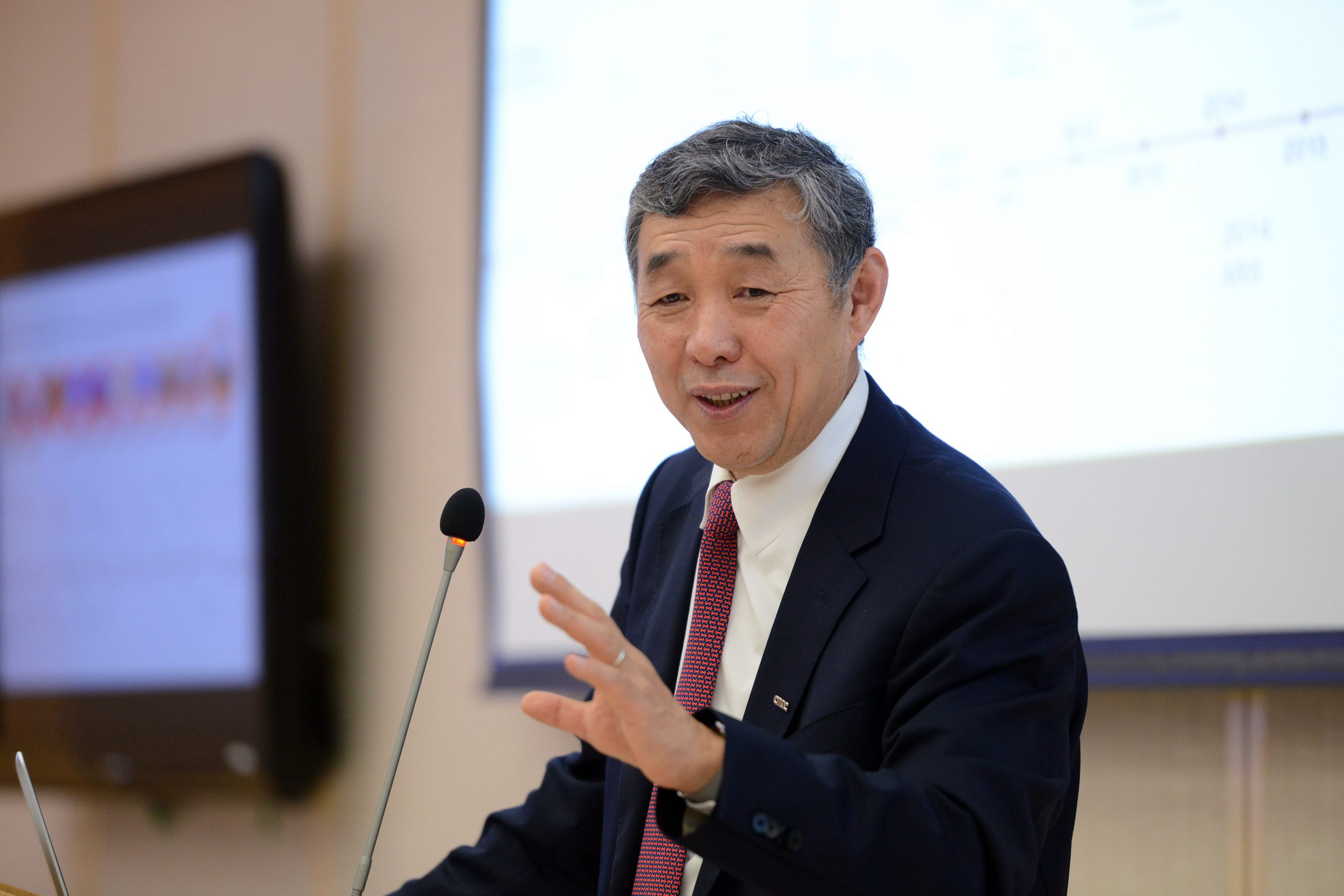 Dr. Junfeng Li is the President of the Sequoia China Carbon Neutrality Research Institute and Director of the China Energy Research Society. However, he’s perhaps best known as the Father of China’s Renewable Energy Law. Over the past three decades, Dr. Li has dedicated his professional career to the advancement of the energy economy and energy environment studies. The AmCham China Quarterly spoke to Dr. Li about climate change cooperation, the necessity to set aside bilateral differences, and the feasibility of China’s dual carbon goals.

Dr. Junfeng Li is the First Director General of the National Center for Climate Change Strategy and International Cooperation(NCSC) and he currently serves as the Chairman of the academic committee of the NCSC. He was given the 9th Annual Zayed Future Energy Prize Lifetime Achievement Award in January 2017. He serves on the expert committee for several national-level advisory boards and is a consultant on low carbon development for Beijing, Shanghai, and Shanxi Provincial People’s Government. He has also been invited to be the professor and doctoral supervisor by Renmin University of China and other colleges and universities in China.

Currently, Dr. Li is the President of both the Chinese Renewable Energy Industries Association (CREIA) and the Renewable Energy Professional Committee of China Energy Research Society. From 2011 to 2016, he served as the Director-General of the NCSC. From 1982 to 2011, Li worked at the Energy Research Institute (ERI) of the National Development and Reform Commission (NDRC) and used to serve as the Deputy Director-General of ERI and the Chairman of the Academic Committee of ERI for more than 10 years.

The stakes surrounding climate commitments are raised every year. Climate disasters such as floods and droughts have intermittently affected both the US and China, underscoring the urgency of taking action to protect the environment and the significant losses that will be suffered by both if these efforts fail.  Given this stark reality, Dr. Junfeng Li, one of China’s foremost authorities on renewable energy and environmental protection, says that climate cooperation between the US and China is critical not just for the two respective countries, but for the entire world.

Together, the US and China account for over 40% of global carbon emissions. If the US and China can set aside bilateral differences, Li says he believes the two nations could dramatically reduce carbon emissions. Although the two nations diverge on a number of issues, Li highlights the fact that the US and China face many shared challenges with regard to climate change: both countries are heavily reliant on fossil fuels, with less than a fifth of their energy coming from alternative energy sources. Regardless of their respective timelines for achieving carbon neutrality – 30 years for the US, 40 years for China – Dr Li argues that neither country will be able to achieve those environmental goals alone. He further advocates that the sharing of both knowledge and technology – especially with regard to carbon reduction technologies – is critical to avoid wasting precious time on the duplication of efforts on either side of the Pacific.

With regards to the issue of competition between countries, Li says that although there is always the tendency to crown winners and losers, competition should not take center stage; instead, he underscores that the ultimate goal when it comes to climate change is not competition but rather to make global progress towards environmental sustainability. Climate change presents a common challenge for countries across the globe – when one succeeds in reducing emissions, the rest also reap the benefits. Because of this, Li says he views cooperation on climate change as a virtue that should be embraced by all international actors, not just the US and China. As long as there is that sharing of knowledge and technology, climate competition has the potential to spur a positive “race to the top” scenario, wherein breakthrough technological developments and innovations are shared between countries and improve the environment worldwide. There is a consensus that this potential for a “win-win” outcome of carbon emission reduction efforts is the reason why climate remains one of the bilateral bright spots in the US-China relationship.

By taking the lead on environmental issues, such as signing the US-China Joint Glasgow Declaration on Enhancing Climate Action in the 2020s at COP26 last fall, the US and China have demonstrated considerable progress in outlining plans to tackle climate change and encourage global action. Dr Li says that even if countries fell short on their climate targets, there could still be considerable positive effects for the globe.

Promising avenues for collaboration at the working level of US-China relations include methane abatement and carbon capture. Through the creation of its “Dual Carbon” goals, China has already placed its efforts on this front at the center of several policy initiatives. The Chinese government has also taken a leading role in the development of green finance and investment.

Li notes that although China may not possess the same capabilities in some areas as the US and the European Union, it has nevertheless surged ahead in many aspects of the push toward environmental sustainability and in combatting climate change. He cites the 14th Five-Year Plan’s emphasis on reducing both coal consumption and the use of coal power as China’s top priority. Due to the large size of China’s population, energy demand is significant; but if the country continues to rely on coal, Li points out that more than five billion tons of coal will need to be burned every year in order to meet the country’s energy needs.

Despite this, Dr. Li believes that China will not be able to disrupt its current fossil fuel-reliant system without first transitioning gradually to a new alternative energy source. As such, President Xi introduced China’s “carbon peaking” goal, which identified 2030 as the year when the country’s carbon emissions will peak before gradually reducing to net zero in 2060. In the next five years, Li foresees significant national investment in the construction of 500-gigawatt solar panels and wind turbines throughout the country.

Although China has made significant progress in its work to achieve its dual carbon goals, Dr Li says he recognizes the scope and difficulty of attaining such targets, tempering optimism with the recognition that China’s carbon peaking and plan to gradually progress towards zero emissions by 2060 represent a realistic approach about what will be required for countries as large as China to complete a full energy transition. Li explains that this recognition of potential barriers should be a lesson embraced not just by China, but by the world – especially for countries like the United States whose zero-carbon target falls within the next 10 to 15 years.

While he admits that achieving zero carbon emissions will be challenging, Li says he firmly believes that the promising signs of international collaboration have the potential to dramatically shorten the timeline for its actualization. And he remains optimistic: regardless of a country’s ability to attain specific targets, Dr. Li argues that engaging in the climate race will help the environmental technology and sustainability situation of every country improve over time.