Looking Back on Baucus 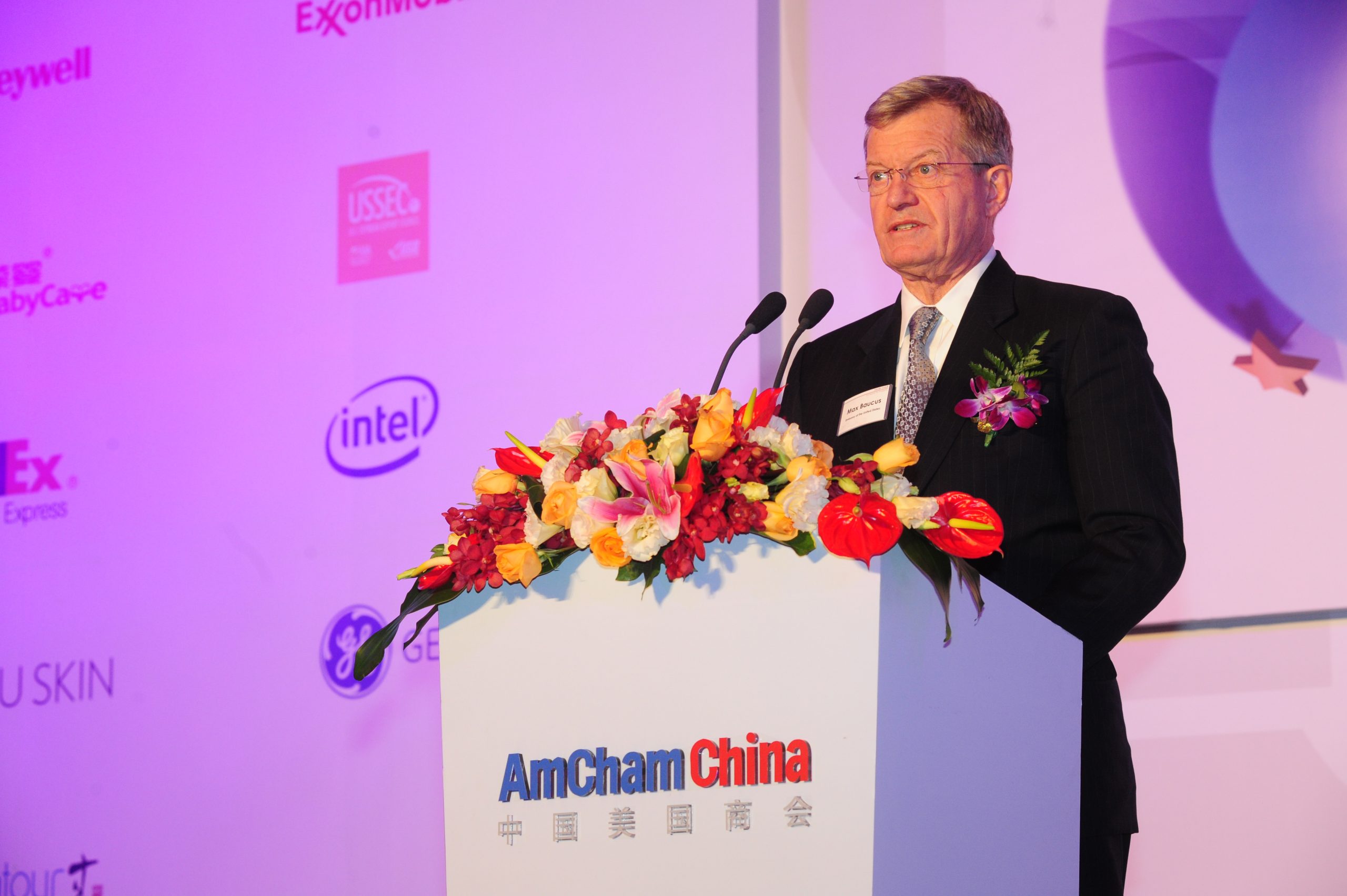 Ambassador Max Baucus has long been a supporter of rules-based trade and international commerce in China. While serving on the Senate Committee on Finance during his tenure as a Senator from Montana, Baucus helped lead US efforts to bring China into the World Trade Organization. In addition, he played host to Chinese trade delegations in his home state and in Washington DC before being appointed the ambassador to China by President Obama in late 2013 and later confirmed for the post in 2014.

For the past three years, Baucus has used his international experience from 30 years in government to help AmCham China and its members in China. In June 2014, when he addressed AmCham China members in his first major public speech as the US Ambassador to China, he made clear his commitment to the American business community in China: “I promise you this: The US business community in China has no greater friend than Max Baucus.” Since then, Baucus has consistently demonstrated his friendship through his great support for AmCham China’s mission.

During Baucus’ tenure, he was a strong advocate for intellectual property protections to promote innovation and cross-border collaboration. Additionally, he targeted counterfeiting as a major threat to the strength of the US-China business relationship. He also oversaw the extension of business visas from one year to 10 years, marking a huge change for human resources and foreign talent in China. At nearly every turn, Baucus leveraged his experience and position to advocate for fair treatment and a level playing field for US companies, often attending AmCham China events to deliver his message directly to our members.

Join us as we bid him farewell at a luncheon on Jan. 10 at the Ritz-Carlton Beijing. More information is available here.