Market Forces to the Rescue 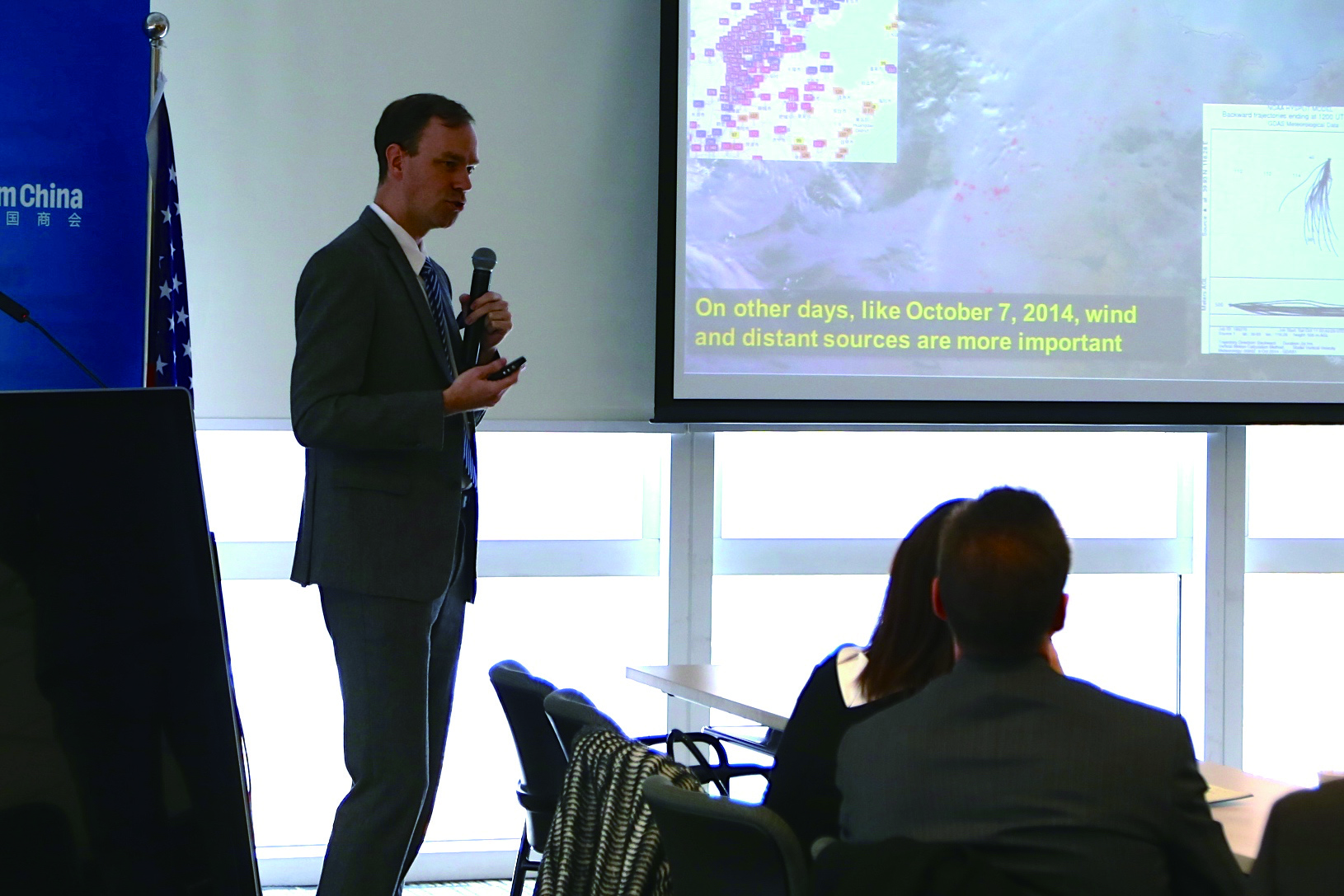 Few would dispute the severity of the air quality problem that plagues large Chinese cities like Beijing and the desperate need for viable solutions to this problem. With 670,000 excess deaths in China in 2012 as a result of inhalable particulate matter (PM2.5), statistics surrounding China’s air quality problems can be quite startling, and made even more so by some of the nuances associated with addressing the problem.

Hove pointed out that reducing yearly averages of PM2.5 doesn't guarantee the elimination of individual days with pollution levels hazardous enough to pose a major health risk. Hour-by-hour and day-to-day fluctuations in PM2.5 levels complicate the problem. Peking University research shows that, because of these fluctuations, there's a nonlinear relationship between annual PM2.5 levels and the number of excess deaths it causes over the year. Reducing annual PM2.5 levels by 50 percent, for example, will result in a reduction of deaths by a percentage smaller than 50 percent. For these reasons, reducing the number of deaths associated with PM2.5 requires a significant investment of resources.

For the power sector, one key issue is the curtailment of wind and solar energy. Curtailment refers to limiting the production of energy to levels below full capacity as a result of external constraints like underdeveloped infrastructure. As with many other countries, China faces constraints in the infrastructure available for renewable energy transmission, limiting the degree to which production capacity for renewable energy can be utilized. One strategy for improving the power sector entails establishing a different compensation structure for this curtailment to encourage utilization of renewable energy resources. Curtailment in China has reportedly fallen to 8 percent in 2014, which represents a significant improvement from previous levels, but is still substantially higher than some places in the US – like California and Texas – that rely on wind and solar energy. Increasing the area over which power is dispatched, such as by making inter-province energy trade easier, can increase the amount of power transmission that takes place and further reduce the curtailment rate.

Reforms in this and the other five areas identified by Hove rely heavily on increased enforcement by Chinese authorities. Officially, emissions regulations in China are quite strong, but lax enforcement of these regulations remains a significant barrier limiting the effectiveness of on-the-book policies. To encourage more initiatives focusing on air quality and stricter enforcement, the government has already taken steps to link key performance indicators associated with environmental quality into the performance evaluation system of government officials.

This can serve as an effective mechanism, but a current weakness is that officials are being held accountable for something they can’t directly control. Ambient air quality can be affected by weather and upwind emissions outside of the local area. Creating a more reliable emissions inventory by location to ensure that officials are held accountable for reducing emissions within their localities could help.

Lessons from the US

Despite the array of solutions that may help alleviate China’s air quality problem, many people in China still believe that strong economic growth and sound environmental policies are incompatible concepts. To combat this misperception, the Paulson Institute is engaged in a number of education efforts to help key stakeholders understand that economic prosperity and environmental quality go hand in hand, and that an advanced economy requires a cleaner environment.

One key way for the institute to communicate this message is by sharing success stories of cities in the US, like that of Los Angeles. As a manufacturing hub that previously faced severe air quality problems, the history of Los Angeles’ environmental clean-up efforts has important implications for China. Los Angeles covers a large area and required regional and multi-sector coordination for the clean up to be successful. In conjunction with this, strengthening enforcement allowed the city to remain a manufacturing hub in the US while maintaining a commitment to high standards of air quality.

“It was not by eliminating manufacturing or industries that Los Angeles was able to prosper,” Hove said. “It was by transforming the economy into a cleaner economy.”

In addition to sharing these kinds of success stories as well as the occasional cautionary tale stemming from failed air quality improvement initiatives, the Paulson Institute also aims to promote environmental quality by working with a broad spectrum of partners. Collaboration is part of the institute’s “think and do” philosophy, and its partnerships mirror the kind of cooperation it hopes to see take place among other entities.

Discussion after the presentation focused on the fact that information flows both ways during outreach efforts pertaining to Chinese environmental policy. While the US has a lot of experience to share with China from its air clean-up efforts in Los Angeles and elsewhere, at the same time, China has and will continue to learn lessons on its own unique path to environmental cleanup that the US can benefit from. Ellen Carberry, Managing Director of the Paulson Institute, was in attendance at the event and shared that the US and China are the biggest sources of the emissions causing air quality and climate change issues globally. The global problem can only be solved if the two countries partner with one another to lead the world in addressing it.

An academic theory, illustrated in the Environmental Kuznets Curve, suggests that environmental conditions worsen as a country progresses through its early stages of development, but improve after a certain high-income level is reached. Many Chinese scholars believe that China has already reached the inflection point in this curve and pollution levels will soon begin to decline as China continues its economic growth. China President Xi Jinping seemed to echo this idea when he forged a joint pact with US President Barack Obama in November 2014 to reduce emissions, with China peaking its CO2 emissions by 2030 while simultaneously increasing usage of non-fossil fuel energy. Along with other joint efforts like the US-China Clean Energy Research Center, this commitment demonstrates that cooperation with the US in this key area of mutual interest can lead to concrete results.