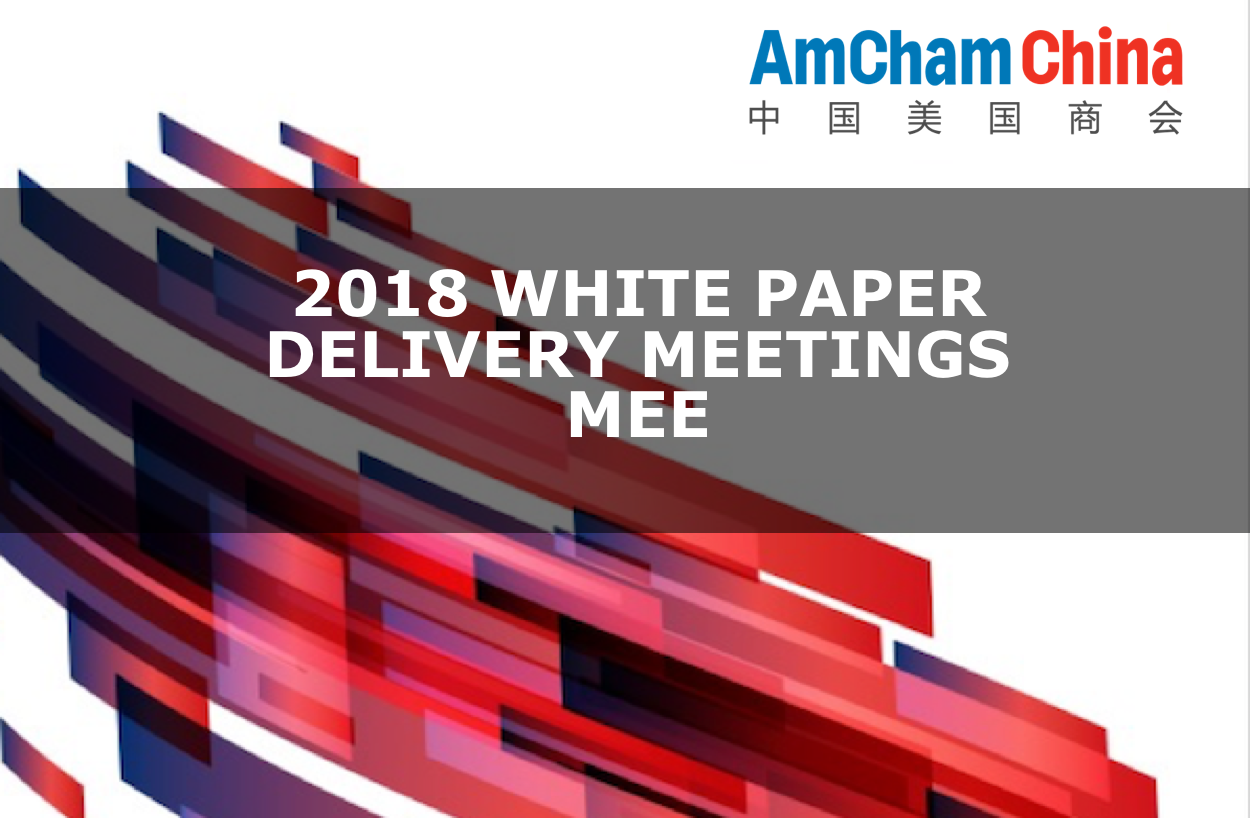 Ministry of Ecology and Environment

AmCham China had its first meeting with The Ministry of Ecology and Environment (MEE) on July 6, 2018 under the lead of Vice Chairman Patrick Powers. Deputy Director General Zhao Ke of the Policy and Law Department of the MEE and his colleagues from relevant departments engaged in a deep discussion with the AmCham China delegation over a series of topics including:

Additionally, in response to members’ strong requests, DDG Zhao will send a relevant official to interpret the Environment Tax Law which took effect on Jan 1, 2018. Other Attendees include Cummins, John Deere, ConcoPhillips, Caterpillar, and Coca Cola.