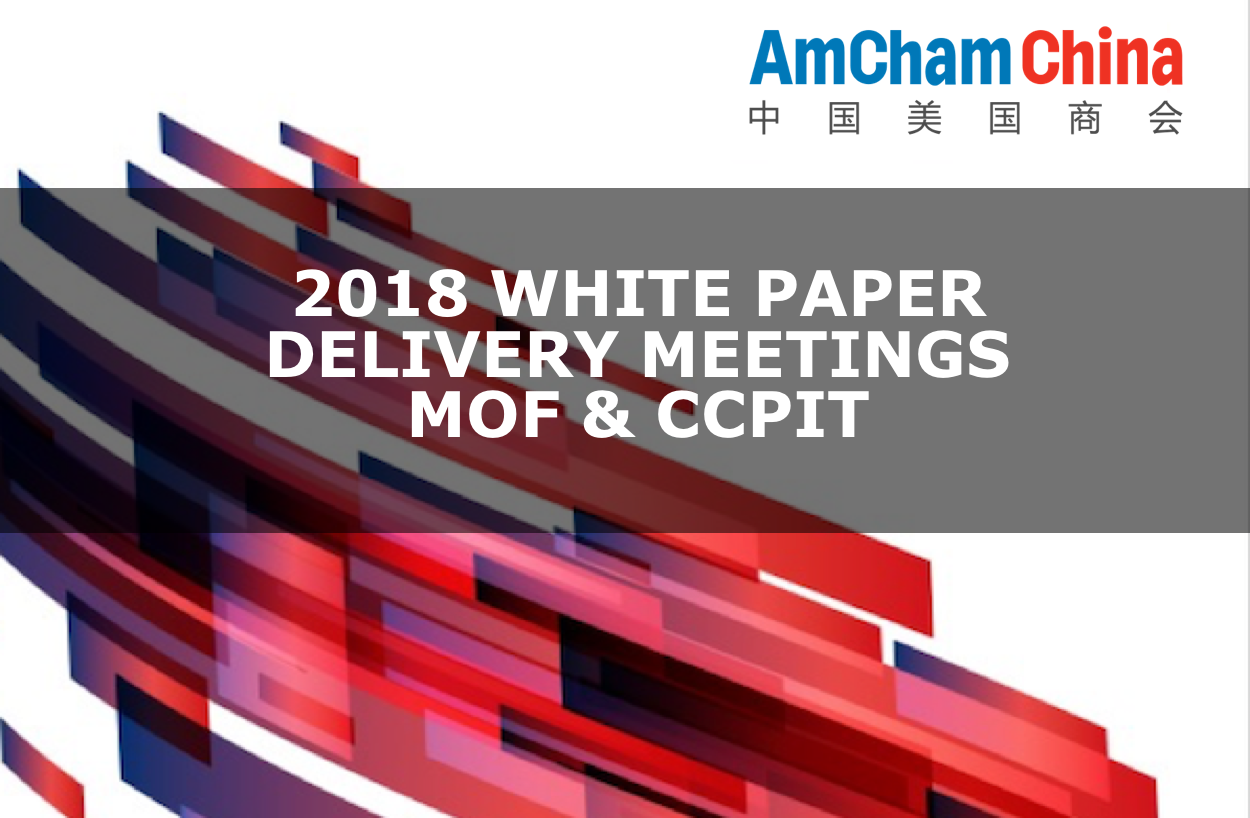 On June 26, 2018, AmCham China Chairman William Zarit and President Alan Beebe led a delegation of member company representatives from the automotive, food and beverage, energy, and financial industries to meet with Liao Min, Vice Minister (VM) of the Ministry of Finance (MOF) and Office of the Central Commission for Finance and Economy.

Zarit briefed VM Liao on AmCham China’s DC Outreach meetings and its stance on the trade tensions between the US and China. He also introduced some key concerns and challenges member companies raised in AmCham China’s 2018 Business Climate Survey (BCS) and White Paper. During the meeting, VM Liao reiterated that China would not stop its efforts to open up its markets, as this is critical for the nation’s economic growth.

China Council for the Promotion of International Trade

On July 5, President Beebe led another delegation to meet with Chen Zhou, Vice Chairman of the China Council for the Promotion of International Trade (CCPIT). The two sides exchanged views on recent bilateral relationship and future collaborations during the meeting.