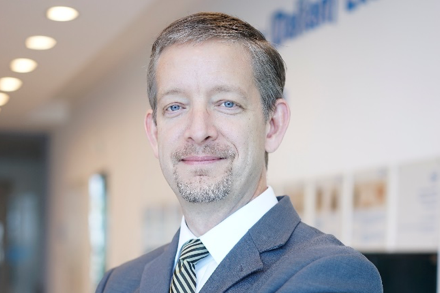 Christopher Smith is the Finance Director for Intel Semiconductor (Dalian), Ltd., in Dalian, China.  In this role, he is responsible for the financial operations across the factory and site including financial planning and analysis, capital, facilities, tax, trade, and risk management.  He has been in China with Intel since 2012.

During his 15-year tenure at Intel he has held various positions within the finance organization, leading strategic, risk management, marketing, financial planning and analysis, and capital management functions.  He has worked in various operations finance groups including Intel’s sales and marketing, memory business unit, manufacturing, and R&D organizations. Prior to Intel, he was a practicing civil engineer.  Christopher holds a BS in Civil Engineering from Virginia Tech and a MBA from the University of Virginia.

A long-time resident of Dalian, Miles McFall is the newest member of Dalian's Executive Committee.

Miles McFall (BA in Psychology, Gannon University) currently works as the director of the Huamei Children’s Center which, like the Dalian American International School and the Huamei Academy, is an Honor Roll school. Miles has lived in Dalian since 2008 and previously worked for two years as a lecturer in the English department at the Dalian University of Foreign Languages.

AmCham China thanks the outgoing Chairman, Jon Foley, for his service to AmCham China Northeast.

Maddalena Di Tommaso is the Chapter Manager for the Northeast China Chapter.