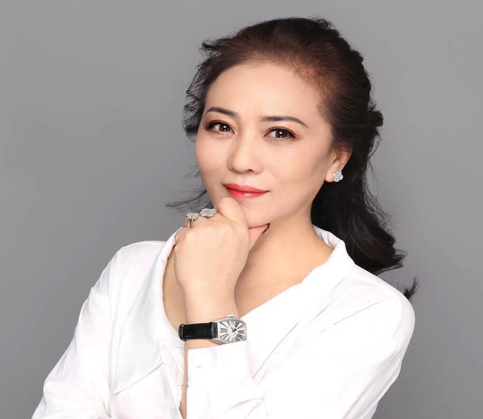 Engaged in international educational cooperation and exchanges for more than 20 years, Duan Yun A has not only promoted the educational exchanges and cooperation between Liaoning and other countries in the world, especially Canada, but also played a key role in promoting the exchanges between senior leaders of Liaoning Province and Shenyang municipal government and Canadian political and business circles.

The establishment of a high-quality international school in the Northeast has been the wish both of AKD Group and Duan Yun A for many years. After many years of hard work, Canadian International School of Shenyang (CISS) was formally established in May 2017 by the Ministry of Education of New Brunswick Government of Canada and Canada AKD International Education Group. In January 2018, it officially enrolled students. With the fundamental purpose of cultivating high-quality international talents with comprehensive development, the school accepts the children of foreigners, green card holders and Hong Kong, Macao and Taiwan personnel who invest and develop businesses in Liaoning, so that they can fully enjoy high-quality international education. As a school that fills the gap in the development of international education in Liaoning, this Sino-foreign cooperative education project was selected as the Beijing-Shenyang counterpart support project that year and received great attention and support from the provincial and municipal governments at all levels.

As the executive director of CISS, she A has devoted all her efforts to the development of the school. From the construction of the school’s software and hardware, and supporting the principal’s selection and training of teachers, she has done everything in her range in person. With the joint efforts of her and all the faculty and staff, in just one year, the school has passed multiple rounds of rigorous review by International Baccalaureate Organization (IBO), becoming the only IB Continuum World School in Liaoning Province with authorization to provide all IB programs. The school once again filled a gap in the field of international education in Liaoning.

In 2020, with the outbreak of COVID-19, Duan Yun A once again rushed to the forefront of the fight against the epidemic. She immediately set up a team, making CISS the only world school in Shenyang with all foreign teachers living on campus and all teachers on duty, which guaranteed the school took the lead in online teaching while school could not open normally. The academic performance of all international students was thus not affected. In August 2020, after the beginning of the new school year, despite the general loss of students in other international schools in Shenyang, the number of students in CISS rose instead of falling and doubled from the original number. The children of many employees of foreign-funded enterprises in Shenyang including BBA came to our school one after another.

While doing her job well, Duan Yun A puts a lot of efforts into public welfare undertakings and boosting local economic and social development. She is a member of China Democratic National Construction Association Liaoning Province, a director of Liaoning Democratic National Construction Entrepreneur Association, a director of the Fourth Member Congress of China Women Entrepreneurs Association, a director of Liaoning Education Foundation, a special senior researcher of China Asia-Pacific Economic Development Research Center, standing member of Liaoning Provincial Association of Scientists, Entrepreneurs and Jurists, member of the Political Consultative Conference of Shenhe District, Shenyang City, and supervisor of Shenyang business environment. She has made many suggestions on optimizing the business environment and improving the international education level in Liaoning Province and Shenyang City. Her work has been fully affirmed and highly appraised by the provincial and municipal governments at all levels. In 2004, she was awarded the title of One Hundred Outstanding Women Entrepreneurs of China. In 2005, she was selected into the book The Brilliant Achievements of Chinese Outstanding Women Entrepreneurs published by China Association of Women Entrepreneurs, and was named “Golden Award of First Chinese Management Innovators” in the First Evaluation of Outstanding Chinese Management Innovators held by China Asia-Pacific Economic Development Research Center. In 2016, she was awarded the title of 2014-2015 Excellent Member of Liaoning Provincial Working Committee of Directly-affiliated Organs of China Democratic National Construction Association. During the “Two Sessions” in 2019, China Women’s Daily published a special report on her achievements in the ” Special Issue on the 70th Anniversary of the Founding of the People’s Republic of China and Celebration of Two Sessions and Women’s Day”. The report said: Under the leadership of Duan Yun A, “After more than a year of hard work, CISS has won the attention of the local government and society, and the high recognition of parents of students. What is more worth mentioning is that the school is accepted and authorized by International Baccalaureate Organization (IBO), becoming the only school in Liaoning that can provide all IB programs, not only filling a gap in Liaoning’s international education, but also bringing the school to a new level and giving students the opportunity to be admitted into prestigious universities and a brighter future.” In 2020, she was awarded the “Top Ten Women of the Year for Women in the New Era” by the Organizing Committee of New Era Economic Women Development Forum.