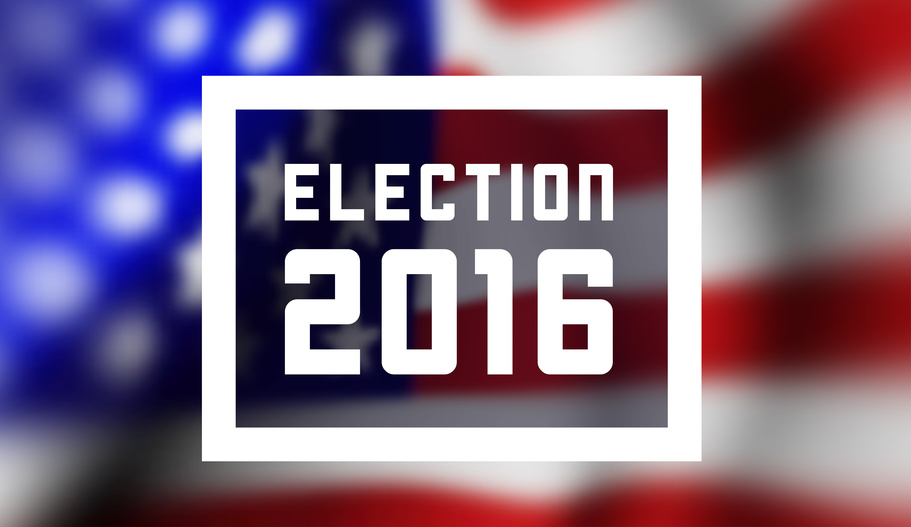 Editor’s note: US citizens abroad are urged to fill out requests for absentee ballots as soon as possible.

With Donald Trump threatening a trade war and Hillary Clinton indicating she will continue a long history of hawkish foreign policy and human rights advocacy, it’s tough to imagine two candidates that China would be less excited about.

While several world leaders, including former UK Prime Minister David Cameron, have publicly condemned Trump, Chinese officials have generally avoided commenting on the upcoming American election. A notable exception is Finance Minister Lou Jiwei, who called Trump “an irrational type,” according to the Wall Street Journal. Others have commented anonymously. In an opinion piece for ChinaFile, Foreign Policy Magazine’s China Editor David Wertime cited off-the-record discussions with officials who expressed “alarm because he would be given the nuclear codes” but also “giddiness at the power vacuum an incompetent Trump White House would open.” Also writing for ChinaFile, Yale Professor Taisu Zhang said a Trump presidency might be a “mixed blessing” for the Chinese government. Though there are potential positives – the belief that Trump may pull back from the South China Sea or damage US soft power – they may not outweigh the negatives, namely the potential economic consequences of a trade war and his sheer unpredictability.

Yet Trump also has something of a following among the Chinese general public. In a survey of various European and Asian countries, the Pew Research Center found that Chinese citizens have the highest rate of confidence that Trump will “do the right thing regarding world affairs,” at 22 percent, compared to single digits among many other countries. The  Chinese rate of “no confidence” in Trump is only 40 percent, about equal to those with no opinion. In contrast, most Western European countries had had “no confidence” rates in the 80s and 90s. China’s nationalistic and generally provocative Global Times also reported that he received 54 percent of votes in one of their reader polls, and noted that Weibo also has several fan groups such as “Great Man Donald Trump.” Politico posits that much of Trump’s popularity in China is due to his reputation as a wealthy businessman, which “resonates with China’s plutocrats and aspirers.” His call to bar Muslim immigration is also well-received by some Chinese, as worries about terrorism stoke Islamophobia.

Clinton presents the opposite problem, as the Chinese government certainly knows what to expect from her. In an interview with Forbes, the Stimson Center’s Director of East Asia Alan Romberg said that officials “know she is highly experienced and will be much more predictable than Donald Trump. In that sense, they would be relieved to see her win.” But her track record, particularly her interventionist foreign policy, gives China reason to dread Clinton as Commander in Chief. The Diplomat writes that China “knows exactly what it’s going to get with a Clinton presidency – and it doesn’t like the prospect.” In the context of the recent Hague ruling on the South China Sea, concerns about her hawkish tendencies are only compounded.

The Chinese public has similarly mixed feelings about Clinton, according to Pew. Respondents were almost evenly divided, with 37 percent reporting confidence that she would do the right thing in world affairs, 35 percent reporting no confidence, and 28 percent reporting no opinion. While the Global Times described her as Chinese netizens’ “most hated US politician” and blamed her for “sabotaging China’s bilateral relations” with its neighbors, Brookings notes that she has “an increasing number of admirers” in certain circles for her accomplishments as a woman.

What would a Trump presidency look like for China? Though generally known for extreme rhetoric, some of Trump’s most provocative sound bites have been about trade with China. CNN reported that among other less-than-diplomatic things, he accused China of “raping” the US with unfair trade deals. It is thus no surprise that his campaign website dedicates one of seven position pages to US-China Trade Reform, complete with a step-by-step plan to tear down China’s “Great Wall of Protectionism.”

The first step for a Trump administration, according to the candidate, would be bringing China to the negotiating table by declaring it a currency manipulator on Day One[Bridget R2] . Trump then plans to use this as leverage to renegotiate trade deals. He will “force China to uphold IP laws and stop forcing US companies to share proprietary tech with Chinese competitors as condition of market entry,” and make China end “illegal export subsidies and lax labor and environmental standards.” Lastly, Trump promises to lower the US corporate tax rate to 15 percent to discourage US companies from moving operations offshore. He has even proposed a 45 percent tariff on Chinese exports, The New York Times reported, though that has since been relabeled as a “threat” rather than a campaign promise.

While he has spoken extensively on his plans for reforming trade with China, Trump offers fewer clues when it comes to foreign policy. In contrast to his opponent, he has remained largely silent on issues like political freedoms and human rights. His campaign website largely skirts foreign policy, but states that he will “bolster US presence in East and South China Seas to discourage Chinese adventurism.” However, there are also indications that Trump may de-emphasize the alliance system that has been the hallmark of US foreign policy decades. For example, in an interview with the New York Times, he indicated a desire to lessen the US’s burden in defending allies like Japan and South Korea, and referred to NATO as “unfair economically” to the US. But Trump was also vague, and invoked the importance of “unpredictability” in foreign policy.

Clinton’s trade platform gives China less concern. Compared with Trump’s, Clinton's is restrained, and places far less emphasis on China. However, Clinton does echo some of the same points as her competitor. Her campaign website states she will “prevent countries like China from abusing global trade rules” and cites the Chinese steel industry, which benefits from significant government subsidies[Bridget R3] . Though notably light on specifics, she will also “create incentives for companies to bring back jobs” and “crack down on companies that ship jobs and earnings overseas.”

Clinton’s foreign policy gives China much more apprehension. According to Reuters, in 2010 she enraged China by declaring the South China Sea as a top US security priority and national interest, a significant step-up from previous statements. As Secretary of State, she cultivated a distinctly hawkish reputation, with The New Yorker concluding that she was “more comfortable using American military power than Obama.” She generally pushed the administration for more interventionist policies. She is also credited for being a driving force behind Obama’s “rebalance” to Asia, which was viewed in China, according to The Diplomat, as a thinly-veiled attempt to contain its rise.

Clinton has also needled China repeatedly on human rights, going back to 1995 when she spoke at the UN World Conference on Women in Beijing. In her famous speech,[Bridget R4]  then-First Lady Clinton specifically called out the Chinese government’s decision to limit the number of women allowed to attend the speech as “indefensible.” The event was significant not just because First Ladies typically steer clear of provocative topics, but also for the extent of her criticisms. As the New York Times reported, Clinton spoke “more forcefully on human rights than any American dignitary has on Chinese soil.” And she hasn’t softened her tone over time. In 2008, The Guardian reported her call for then-President Bush to boycott the Beijing Olympics opening ceremony in protest of China’s human rights record. Even more provocatively, in a 2011 interview with The Atlantic, she called the government’s avoidance of democratization “a fool’s errand.”

The US-China relationship is arguably the most important in the world, and this election could have a profound effect. Who would China prefer to work with: a President Trump or a President Clinton? Most of the time, The Diplomat points out, China “isn’t too bothered by tough election rhetoric.” After all, 2016 is only the latest in a long line of China-bashing election years. Ronald Reagan, Bill Clinton, and George W. Bush all ran tough-on-China campaigns and then quickly “succumbed to geopolitical realities” after taking office. So does Trump fit that mold? Or would it be better to work with Clinton? It seems the Chinese may be as torn as the Americans.

Catherine Conway is a Communications Intern at AmCham China.