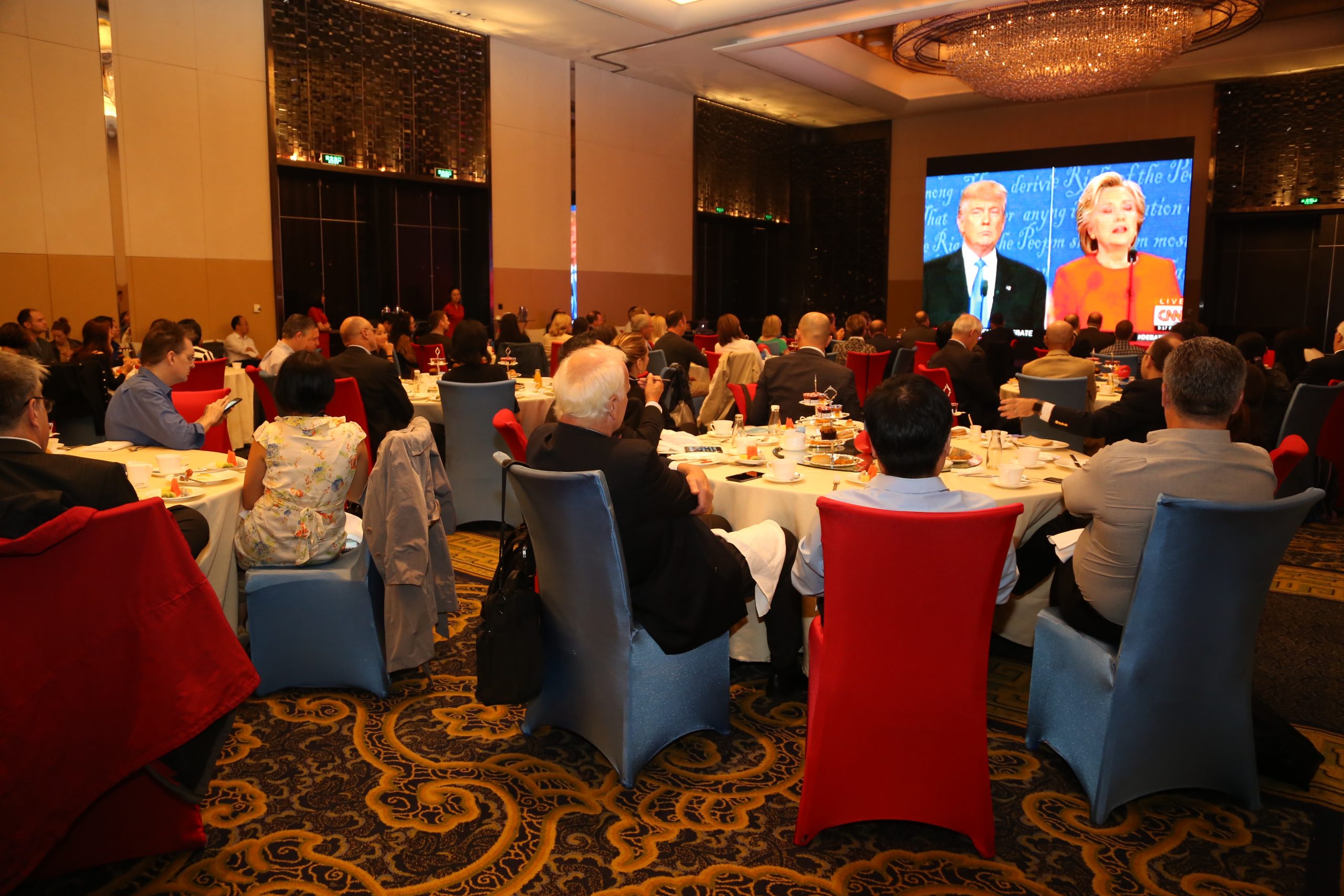 Cheers and laughs erupted throughout the crowd of 100 as they watched Hillary Clinton and Donald Trump duke it out during the first US Presidential Debate Tuesday morning in Beijing. In a unique and unprecedented election season, the debate lived up to expectations, and was certainly the first time both military leader Douglas MacArthur and shock jock Howard Stern have been namechecked in a political exchange.

The live-streaming event, held at the JW Marriott, welcomed all nationalities, and with discounted tickets that included breakfast, drew a very inclusive community of members, non-members and students. AmCham China will co-host a viewing event for the next debate – held in a town hall format – with the Yale Center Beijing on Oct. 10 at 8:30 am.