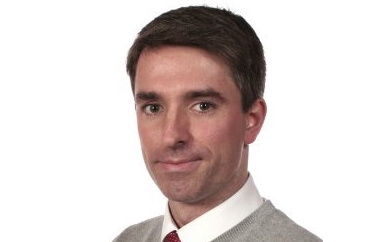 American and British intellectual property (IP) interests closely align, said Tom Duke, the UK's Intellectual Property Attaché at the British Embassy in Beijing. Since taking on the post in 2011, he has frequently met with his counterpart at the US Embassy.

With these commonalities in mind, Duke spoke to AmCham China's Media and Entertainment Forum on Dec. 3 about the Memorandum of Understanding (MOU) signed between the China-Britain Business Council and the Alibaba Group, pledging to make progress on £8 million ($12 million, RMB 77 million) of counterfeit products sold over Alibaba's e-commerce channels.

Duke has been in Asia for 10 years now, first to study, then holding positions at the Freedonia Group in Beijing and at the European Union Chamber of Commerce in South Korea, where he was director of the IP Centre.

Listen to the full interview below.

Q: You put out a great monthly newsletter that keeps the IP interested up-to-date. The most recent edition mentions the MOU signed between the China-Britain Business Council (CBBC) and Alibaba Group. How big of a step was this for Chinese-British IP issues and can you talk about the progress one year into the three-year agreement?

It is an industry-level engagement, so the UK industry through the CBBC has regular meetings with Alibaba on a range of IP topics. It's something that, from the UK government perspective, we are very supportive of. Industry engagement is one of the most important ways to achieve a more healthy e-commerce environment in China as well as internationally.

The broad framework is that it sets up a series of regular roundtable meetings between the Alibaba Group Internet Security Division in Hangzhou and British companies from similar industries or with similar problems and can raise these directly and discuss solutions directly with the Alibaba team. There have been a number of intermediate milestones where enhanced IP protection was achieved either for individual companies or industries. But one thing we're very keen on now is learning from these successes and incorporating them into business as usual so there is a systemic improvement in the level of IP protection across the Alibaba platforms. We would hope to see improvement that is valuable to everyone, not just the companies involved in these discussions. We are cautiously optimistic.

Q: Where would be the next space for improvement?

There are three areas in particular. The first is having more streamlined notice and takedown procedures. It's important that these are responsive, efficient and user-friendly in order that the infringing products can be kept off the sites.

The second area is around having a pre-emptive filter screening infringing products so that they don't get onto the site in the first place or don't grow to such a level that there is a high level of economic damage. Under Chinese law and most other countries' laws, websites and marketplaces don't have an obligation to monitor and police their sites. They are a marketplace, not a direct provider. But at the same time, they cannot have no responsibility. It's about finding that optimum point that is reasonable and sustainable over the longer term.

The third point is having a more effective way to link on and offline enforcement activity. It's important that whenever there is an illegitimate or large-scale illegal act taking place online that law enforcement agencies or courts need to be able to dig down behind that and found out who is responsible and make sure they are, when needed, brought to account. At the moment, the process is quite painful and can take a lot of time, and it's quite important that that is made much easier for the benefit of the web platforms, the rights owners, law enforcement agencies and consumers.

Listen to the full interview to hear about how conversations with his colleagues in Brazil help Duke to put IP issues in China into perspective.