Showcasing Innovative and Sustainable Solutions at the 2021 Social Impact Summit 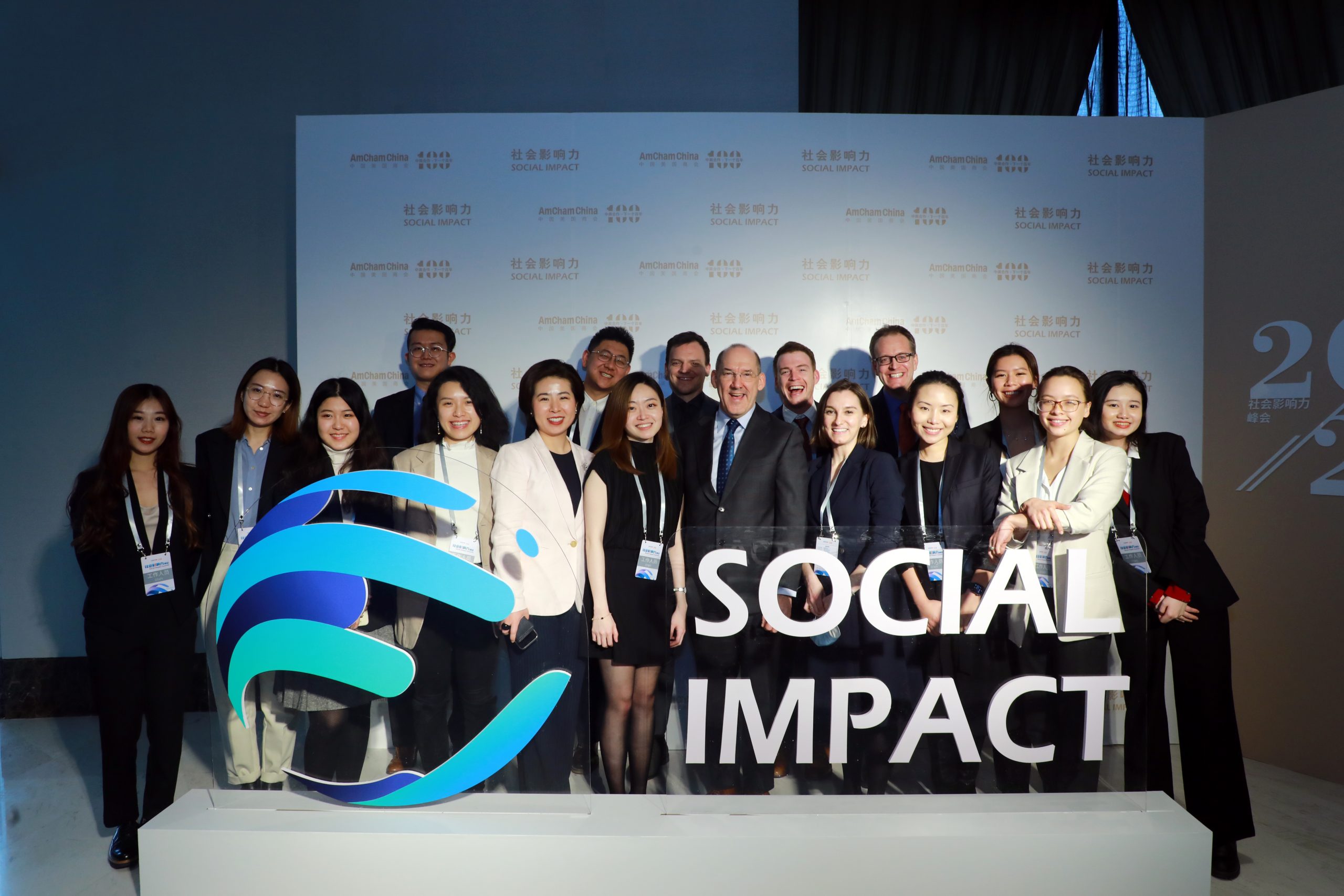 Shared Interests for the US and China 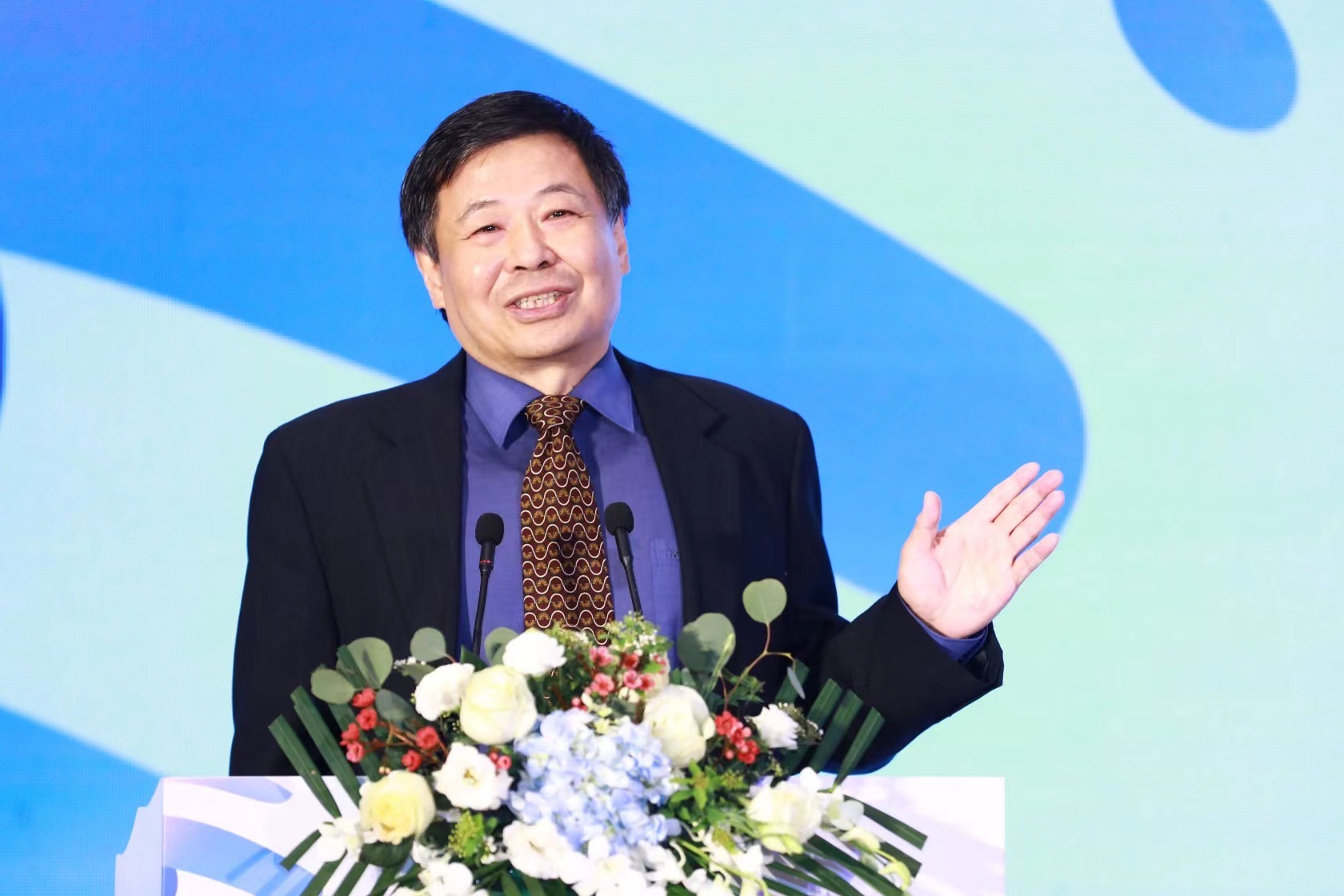 Zhu Guangyao, former Vice Minister at the Ministry of Finance was the first keynote speaker of the day. He began his speech by recognizing the achievements of the American Chamber of Commerce in “mobilizing all members to do their utmost to raise urgently needed supplies, including applied protective materials, to support Wuhan and China’s fight against the epidemic.”

Zhu also highlighted the efforts of the international community to define the environment, social and governance (ESG) standards, saying that “after more than a year of discussions, we have made significant progress in formulating ESG standards.” Zhu also noted that China is on the road to economic revitalization since the COVID-19 outbreak and announced that according to IMF, there will be clear global economic growth, not only in China, but also globally. Zhu concluded, “This area [social impact] is important to China, to the United States, and to the world. The development of small and medium-sized enterprises is a common issued shared by many countries. We should have more exchanges like this, so that the voice of our entrepreneurs can be echoed in society.” 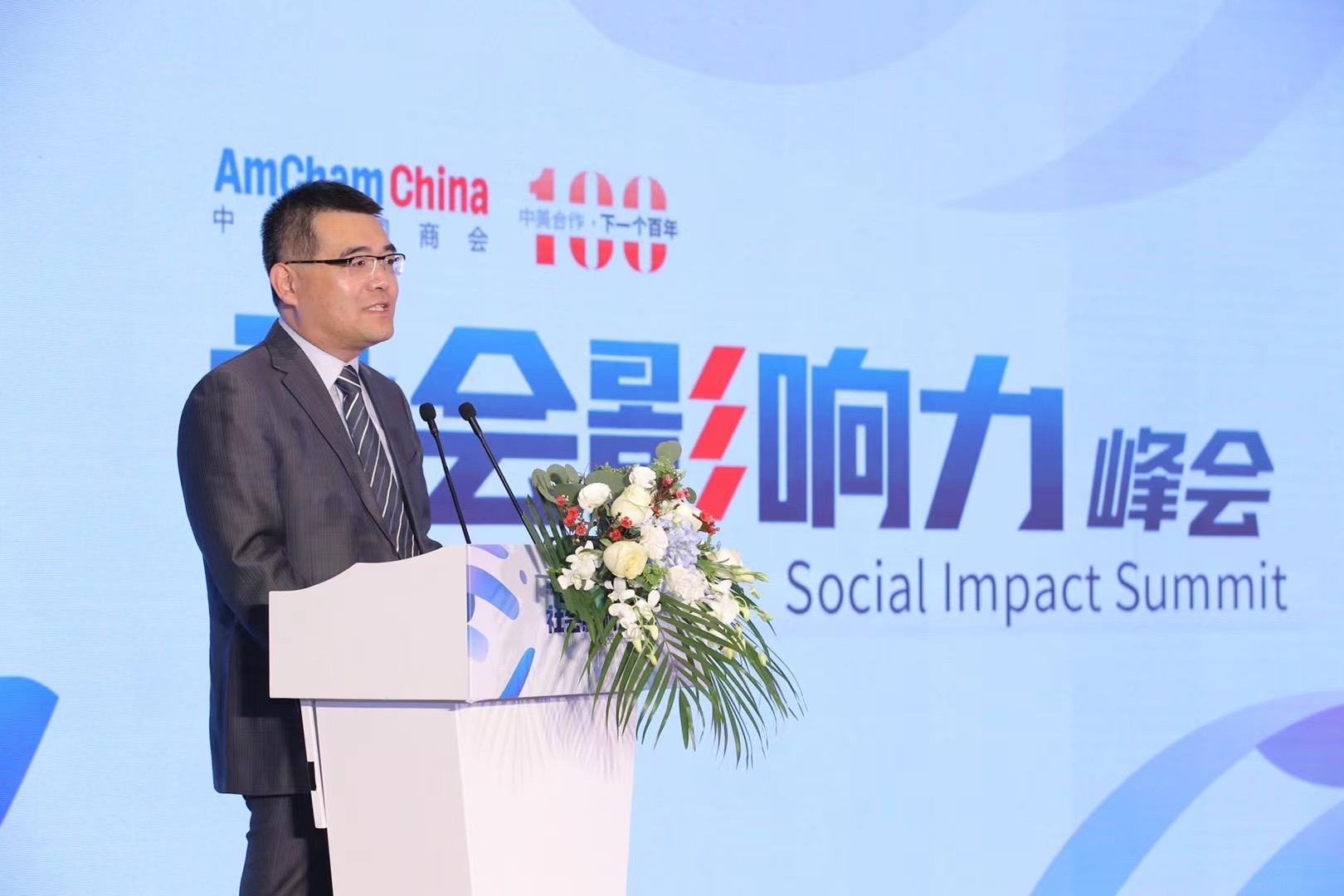 The second keynote speaker for the Summit was Shan Lipo, Director General of the China Center for Promotion of SME Development. Shan offered various examples of how the government and multi-national corporations (MNCs) have been supporting MSMEs in China, and also offered his advice on what could be done better. “The State Council has established a leading group to promote the development of small and medium-sized enterprises… there are nearly 20 ministries and commissions involved in this initiative, and various departments and have issued a large number of policies to promote the development of MSMEs.”

Shan continued, “MNCs should play a large role in the development of MSMEs. The Chinese government has proposed to integrate large and small enterprises through the industrial supply chain. This integration could play a significant role in promoting innovation, especially in ICT.” On top of this, Shan believes that MNCs and government need to work together, “to promote the digital transformation of MSMEs.” He emphasized that cost-effective artificial intelligence technology needs to be provided to the vast number of MSMEs in order to support their development.

Cooperation Between Government and MNCs

A panel discussion, moderated by Zou Yue, Anchor of China Global Television Network (CGTN) directly followed Shan’s speech. Ye Yanfei, Director General of the Bureau of Policy Research at China Banking and Insurance Regulatory Commission (CBIRC), Sheng Yanlin, Deputy Director General of the Torch High Technology Industry Development Center at the Ministry of Science and Technology, Liu Xiangdong, Deputy Director-General of the Department of Industry Economy at the China Center for International Economic Exchanges, Owen Ma Zheng, Vice President of Corporate Affairs at Cargill China, and Deng Hui, Industry Director of China Large Customer Sales at Google, were all featured on this panel to discuss challenges and opportunities for MSMEs affected by the COVID-19 pandemic. Zheng emphasized that while it is important for governments to support MSMEs, it is also necessary for MNCs to invest in developing MSMEs through their supply chains. Sheng elaborated on Owen’s point, specifying that “technology intensive MSMEs are the most innovative with the potential to strive and play an important role in supply chains.” 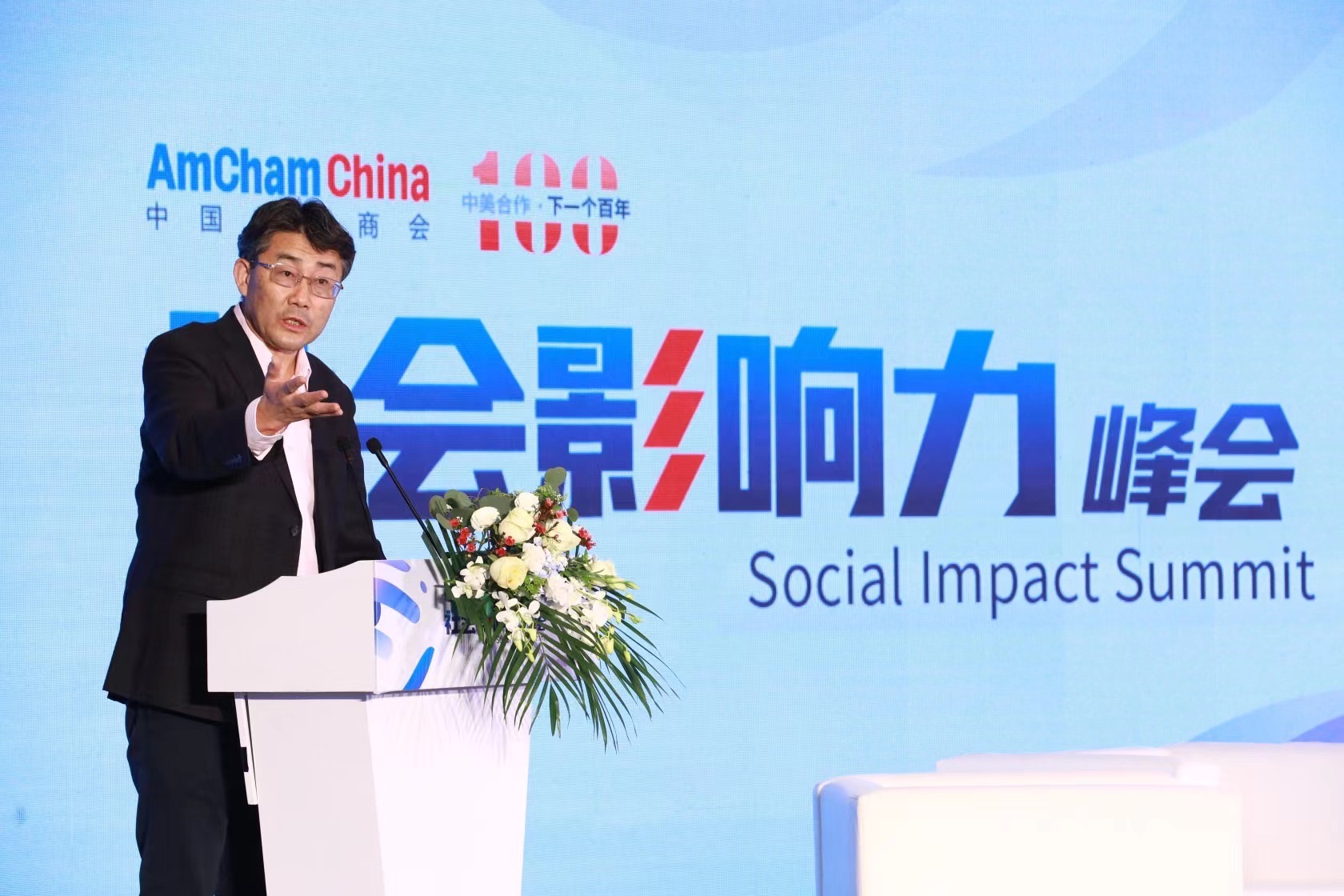 Gao Fu, Director General of China Center for Disease Control and Prevention was the final keynote speaker of the event. Gao began by reflecting on the COVID-19 outbreak in China. He focused on China’s joint prevention and disease control mechanism, describing it as very successful because it was it was “led by the government and heavily involved the public”. As an example, mask culture and policies were immediately accepted by the Chinese public and contributed to China’s quick recovery. Gao also celebrated the fact that while other countries had negative growth in their economies during the peak of the COVID-19 outbreak, China had positive growth of 2.3% thanks to “the work done last year to implement policies, as well as combine disease prevention and control with social and economic development.”.

In regard to public healthcare, Gao noted that “China’s average life expectancy in 1949 was 35. Today, it is 77.6 years old.” He commented that while China has made incredible strides in this area, there are also some issues that need to be addressed. “Development in China is not as it should be at the moment. Some areas and aspects of development in China are very impressive, however, others inadequate. This is why everyone knows that an important focus for President Xi Jinping is poverty alleviation.

Following his speech, Gao and AmCham China Chairman, Greg Gilligan, joined a high-level dialogue moderated by Wang Qi, COO of APCO Worldwide, on the role of non-public sector/actor in public health emergency response. Fang Hai, Professor at the China Center for Health Development Studies at Peking University, Roberta Lipson, AmCham China Board Member and CEO of NFH/United Family Healthcare, as well as Jeffrey Que, AmCham China Board Member and Vice President of Johnson & Johnson China, also participated in the dialogue. Gao and Gilligan both emphasized that improving the US-China relationship was important to dealing with public health crises. Gilligan continued, “What we need urgently is to develop a consensus and collaborate in a common interest area, such as healthcare.

Lipson also shared her experiences with COVID-19 as a public health agency, as well as some best practices that came out of the pandemic. “When China experienced the SARS outbreak, United Family Hospital established a committee, which became very useful during the outbreak of COVID-19. The committee immediately came together and started reaching out to PPE suppliers in order to make donations to Wuhan. Together with AmCham, we continued to donate PPE, ventilators and mobile x ray machines not only to China but also to the USA.”

Promoting an Innovative Environment for Healthcare and MSMEs

The second panel, moderated by Kang Wei, Managing Director of RDPAC, focused on building a “Healthy China” in the context of normalized pandemic prevention control. On the panel was Wang Liejun, Deputy Director-General of Social Development Department at the Development Research Center of the State Council, Liu Hongyan, Deputy Director-General at the China Population and Development Research Center, Li Ye, Vice President at Merck China, Zhang Yi, Chief Supervisor at GSK Consumer Healthcare China Medical Affairs, and Liu Tong, GM of AI Industries at NVIDIA China. During this panel, many speakers focused on online diagnostics, and healthcare technology. Panelists explained that new innovations in healthcare will contribute to equal access to healthcare for rural areas, an increase in early prevention, an accelerated timeline for the development of new drugs, and more.

The final panel, moderated by Shen Shiwei from China Global Television Network (CGTN), was focused on creating a new ecology of MSMEs under the dual circulation model. Wang Yong, Vice Dean of the Institute of New Structural Economics at Peking University, Zhao Ping, Vice Dean of the Academy of China Council for the Promotion of International Trade, Marcin Piatkowski, Senior Economist at the World Bank, and Brian Chen, Managing Director of Sales for China North and National Accounts at FedEx Express. Panelists gave their insights from a domestic and global perspective. Domestically, panelists encouraged MSMEs to join MNC distribution channels, while also encouraging MNCs to collaborate with the banking sector to resolve financing issues for MSMEs. Many MNCs are also focusing their efforts on helping MSMEs to go global by providing investment, logistics platforms, and consultation.

The Summit came to a close with a speech from AmCham China President, Alan Beebe, commemorating the work of the AmCham China team in wrapping up a successful 6 months of meetings to create meaningful positive change in healthcare and MSMEs in China. All of the speakers during the Summit provided diverse perspectives on these issues, providing an overview of the social and economic environment for healthcare and MSMEs during the peak of COVID-19, as well as looking forward and offering best practices as the world begins to slowly return to normal. 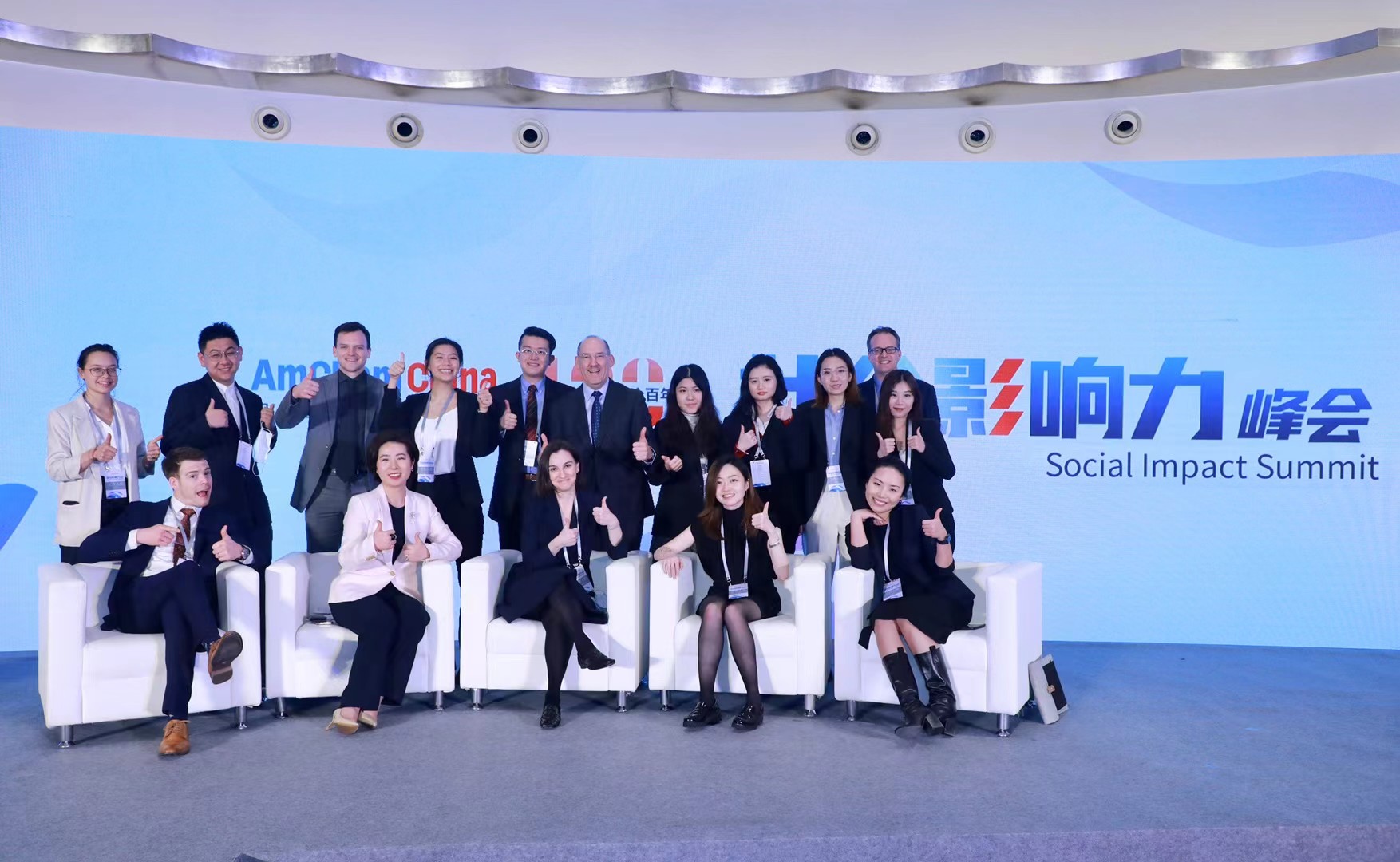