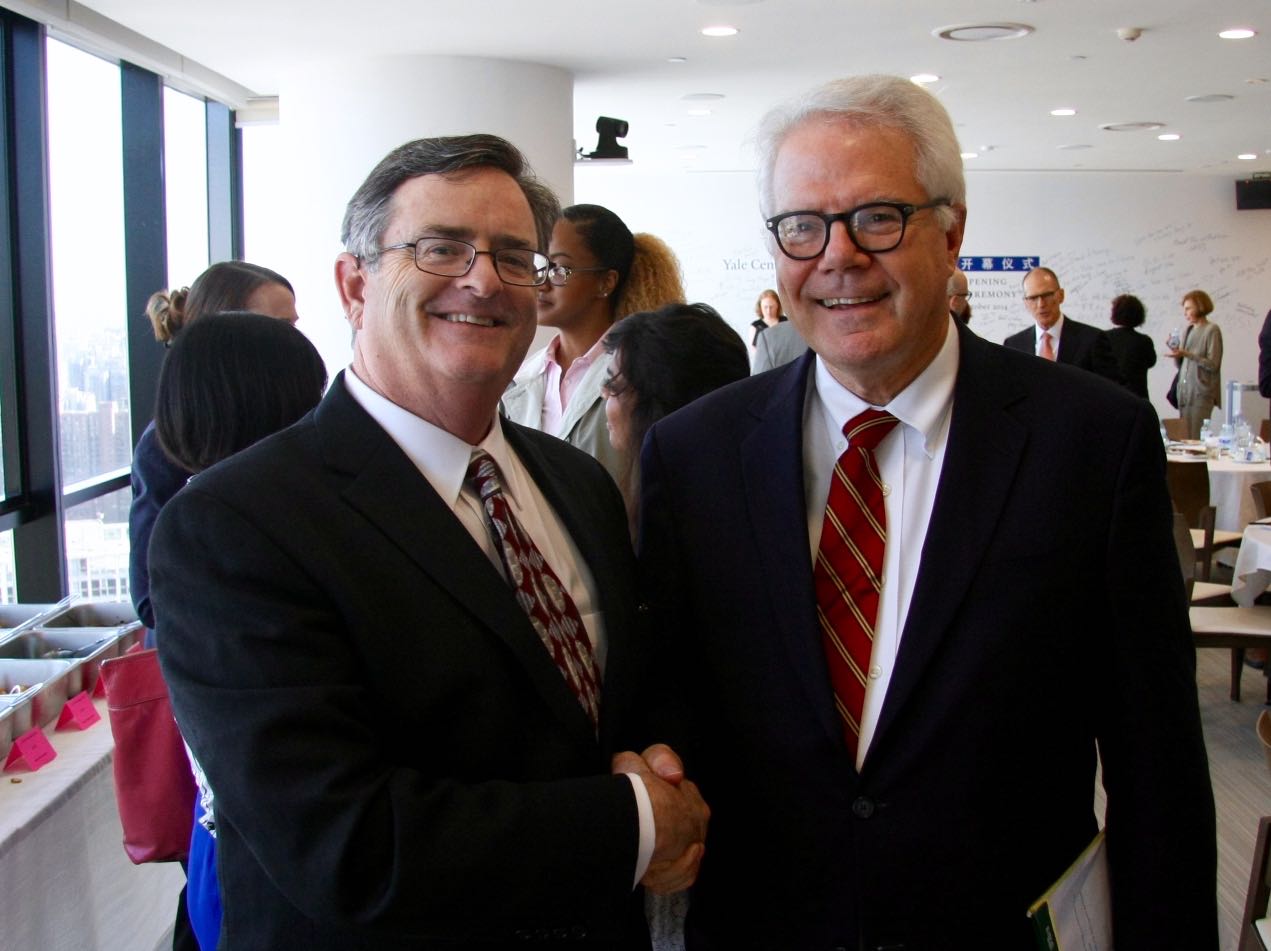 Sino-US dynamics continue to shift, and David M. Lampton remains one of the most stable voices on the status of this crucial relationship. Lampton currently serves as the Director of China Studies at the Johns Hopkins Nitze School of Advanced International Studies. During a recent trip to China, he spoke at an exclusive luncheon for members of AmCham China, the US-China Business Council and the National Committee on US-China Relations at the Yale Center Beijing. His insights at the June 30 event touched on how the US and China should be building cooperative security and economic institutions. Afterwards, he sat down with Business Now to go into more detail on how foreign investment and domestic politics impact the bilateral relationship.

Q: Considering the US’s opposition to the recent establishment of the Asian Infrastructure Investment Bank (AIIB), do you think the future holds a more collaborative or competitive relationship between the US and China in terms of global economic and political influence?

A:     Regarding the AIIB, we should’ve started with the presumption that Asia needs

infrastructure and that it needs to be financed. China is expressing the desire to solve that problem and the US’s predisposition should have been to cooperate to the degree we could and certainly not try to convince allies not to participate. I think we made a mistake, but the administration corrected their initial stance rapidly and our policy now is to cooperate where possible. In terms of the future, I think there’s a great possibility for collaboration, with one of the areas being Afghanistan. China has investments in Afghanistan and wants a stable country on its Western border. The US also has an interest in ensuring a stable Afghanistan. China and the US can cooperate by contributing to development, women’s education, agriculture and so forth.

Q:   Given current trends, what sectors do you think Chinese foreign direct investment will be focused on next in the US?

A:     China has some pillar industries at home that it’s trying to build up abroad. For instance, the easiest place to start to build up the auto industry is with auto parts, so China’s been investing heavily in auto components in the Detroit area. There are about a hundred Chinese firms that are focused on auto parts, supplying not only GM but exporting them back for domestic use in some cases. I think there’s a long way to go, but that’ll be a major push.

I was just at an auto production company in Chongqing yesterday, and they’re looking into large-scale exportation of autos to the US in the next 10 to 20 years. I also think the Chinese learned important lessons from Japan. You have a lot less anti-Japanese feeling, or in this case anti-Chinese feeling, if you put the plants in the country where you’re selling the product and provide jobs and income and build yourself into the community. I think that’s the strategy that China’s going to use.

Q:   How do issues at home affect the way China and the US approach their foreign policy?

A:     In the US, I think it's electoral politics. In the end, the question is how to distinguish yourself from other candidates, and security is one of the primary worries that Americans have. This leads to an escalation in anti-China rhetoric and not wanting to be seen as soft.

In China, they don’t have electoral politics in the way we do in the US, but they have internal elections of sorts and one of the measures of any leader is if they avoid demonstrations in the streets against them for being soft. As Xi Jinping is trying to consolidate his position, he wants the Chinese people behind him. I think the Chinese feel as though China … shouldn’t have to defer national interests so much in the future as they have in the past. They wonder why they should put up with the US surveilling their coast as frequently as it does and why they should put up with big weapons sales to Taiwan. Xi, I think, feels that, and as he’s trying to produce all this internal change, the external environment is a relatively easy target where he can build political capital to use in his internal fights. So in a way, both sides have electoral politics, it’s just a different kind of election.