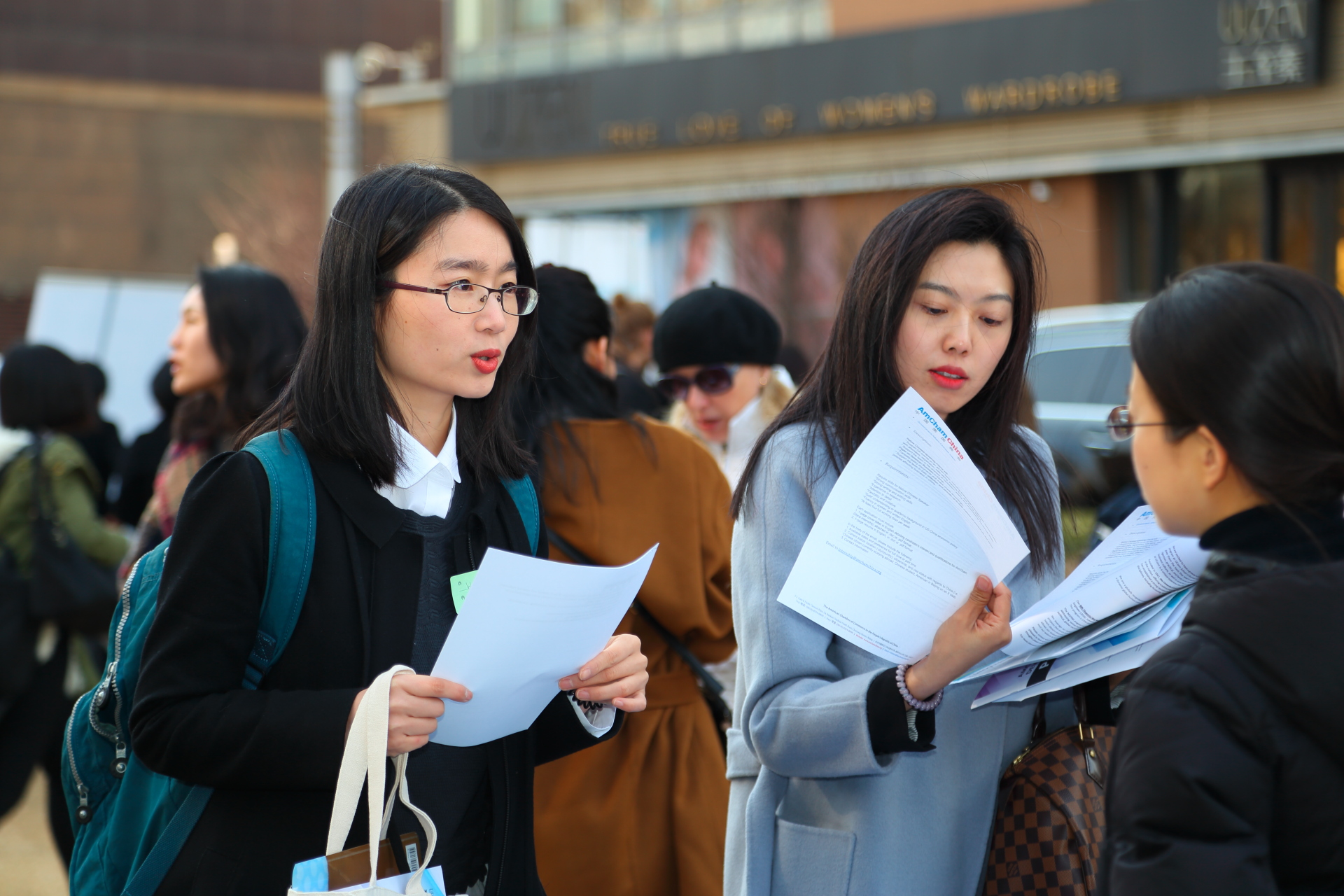 More than 100 students got expert advice and the chance to share their resumes with top international employers at AmCham China’s first Career and Development Fair in mid-March. It was also a great opportunity for recruiters from a dozen AmCham China member companies to meet the next generation of top talent from leading universities, including Johns Hopkins, Minnesota, and Connecticut.

“Cultivating Future-Oriented Talent for Innovative Multinational Companies” was the theme for the afternoon, which featured speakers from the US Government and employers both large and small.

For example, AmCham China Governor Su Cheng Harris-Simpson introduced in the opening remarks her Fresh AIR (Attitude, Integrity, and Responsibility) theory behind talent selection for her company, SCHSAsia. “If you have a positive, can-do attitude, everything else can be learned,” Harris-Simpson told the audience.

During the panel discussion, Christy Murray, Executive Director of Career Development at Johns Hopkins University Carey Business School, said that she looks for “agility, flexibility, and the ability to pivot” in potential talent. Murray said that while hard skills are important, students may need to change career paths in a few years and the ability to be flexible and agile are increasingly important. Christina Wu, Marketing Director for Bayer, agreed: “Technical skills can be taught, but personal dimension skills are what’s important, soft skills – critical thinking, integrity, agility, these are harder to describe but will set you apart.”

Panelist Tong Chen, Compensation and Benefits Director at IBM Greater China, said some of the best advice she’d ever received came very early in her career, but had become even more important today. Tong was told, “Be prepared to move yourself out of your comfort zone, and be transparent with what you want and in your surroundings so people know your career aspirations.” Further, she remarked that young professionals should, “be prepared for [their] next movement, and be prepared to do it.”

As well as getting advice, job-seekers had the chance to meet face-to-face with hiring managers to learn more about the innovative companies’ cultures, current open positions and submit their resumes. Among the on-site recruiters were some of the biggest names in the high-tech, pharmaceutical, and manufacturing industries.