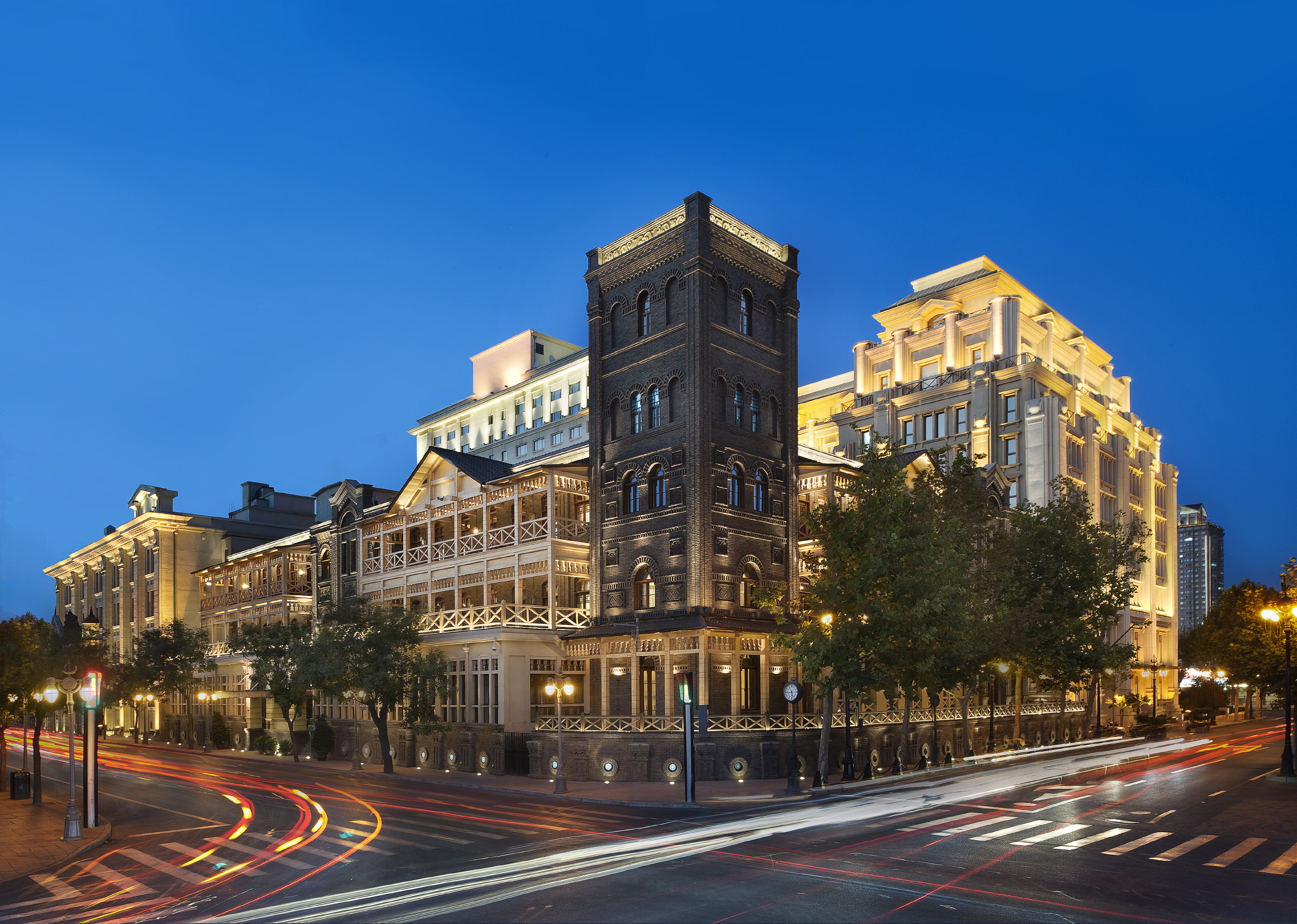 When thinking about what makes The Astor Hotel such a great venue for AmCham China’s events, it’s impossible to list only one aspect. A significant part of what makes it such an attractive venue is the unique combination of The Astor Hotel’s history and its excellent service. Visually, The Astor Hotel with its “classic” brick and wood finish, contrasts nicely against the silhouettes of skyscrapers stretching across the Tianjin skyline. At a glance, The Astor Hotel might seem out of place; it appears as a quaint riverside hotel being encroached upon by the momentum of Tianjin’s modernization. Though poetic, such an impression misunderstands the place The Astor Hotel has in Tianjin’s history and its continued role as a hub for business and politics.

Few places can lay claim to history as compellingly as The Astor Hotel. It is reputedly one of China’s oldest luxury hotels, having been built during the mid-19th century. The Astor Hotel is certainly home to one of China’s most engaging antiques, a still-functioning classical elevator, complete with a wrought-iron gate. So long and storied is The Astor Hotel’s history in Tianjin, that it is host to its own museum, replete with paintings of notable patrons and novelties from the past. It is this unique character and colorful history that make The Astor Hotel such an integral part of Tianjin. In recognition of this fact, in 1996, The Astor Hotel became the only luxury hotel in China to be designated a Major National and Historic Site by the Chinese government.

The Astor Hotel manages to comfortably straddle the line between history and modernity by focusing on providing quality service. The Astor has always been supportive of AmCham China’s events, particularly new and experimental ones. This support is seen in the clear communication between The Astor Hotel and AmCham China, with The Astor Hotel’s staff being attentive to event needs and being flexible when challenges arise. AmCham China member Lanny Schindelmeiser, General Manager at Bombardier, commented on The Astor Hotel’s attention to customer service saying, “Bombardier Tianjin has partnered with The Astor several times. The Astor speaks towards quality, elegance and longevity. Quality, not only in the physical sense of establishment and products, but more importantly in the customer experience. They know what is important on an individual basis and they are consistent in delivering value to customers. These are the principles that Bombardier Tianjin shares.”

The Astor Hotel’s rich history and commitment to providing great customer service make it a unique and attractive venue. This fact is best expressed by The Astor Hotel’s Managing Director, Ugur Talayhan, who stated:

“The Astor Hotel is truly a hotel that defines the destination. As one of China’s oldest hotels, it is steeped in 154 years of history and it is this storied past which makes it so unique. When people gather here for meetings they are following in the footsteps of former US President Herbert Hoover, when they dance in our Thames Room they do so knowing that the last Emperor of China, Puyi, did precisely the same some 90 years ago, when they dine in our restaurants they can choose the same menu that William O’Hara chose, and when they retire to their room they can choose to do so in the same room that Sun Yat-Sen slept in. It is not just the history of the hotel that impresses guests however, it is also what we offer now – the legendary Luxury Collection service and the distinctive and unique guest experiences they can enjoy during their time with us. We are always delighted to work closely with AmCham China. The city of Tianjin has had a rich history of internationalism and I believe The Astor Hotel is a testament to that. This makes the hotel an ideal venue for business and government leaders to gather and share ideas, just as they have done for the last 154 years.”

Antonio Douglas is an intern at AmCham China – Tianjin.