The Birdie Soars at our Badminton Tournament

You are here:
LifestyleNewsWorking Groups 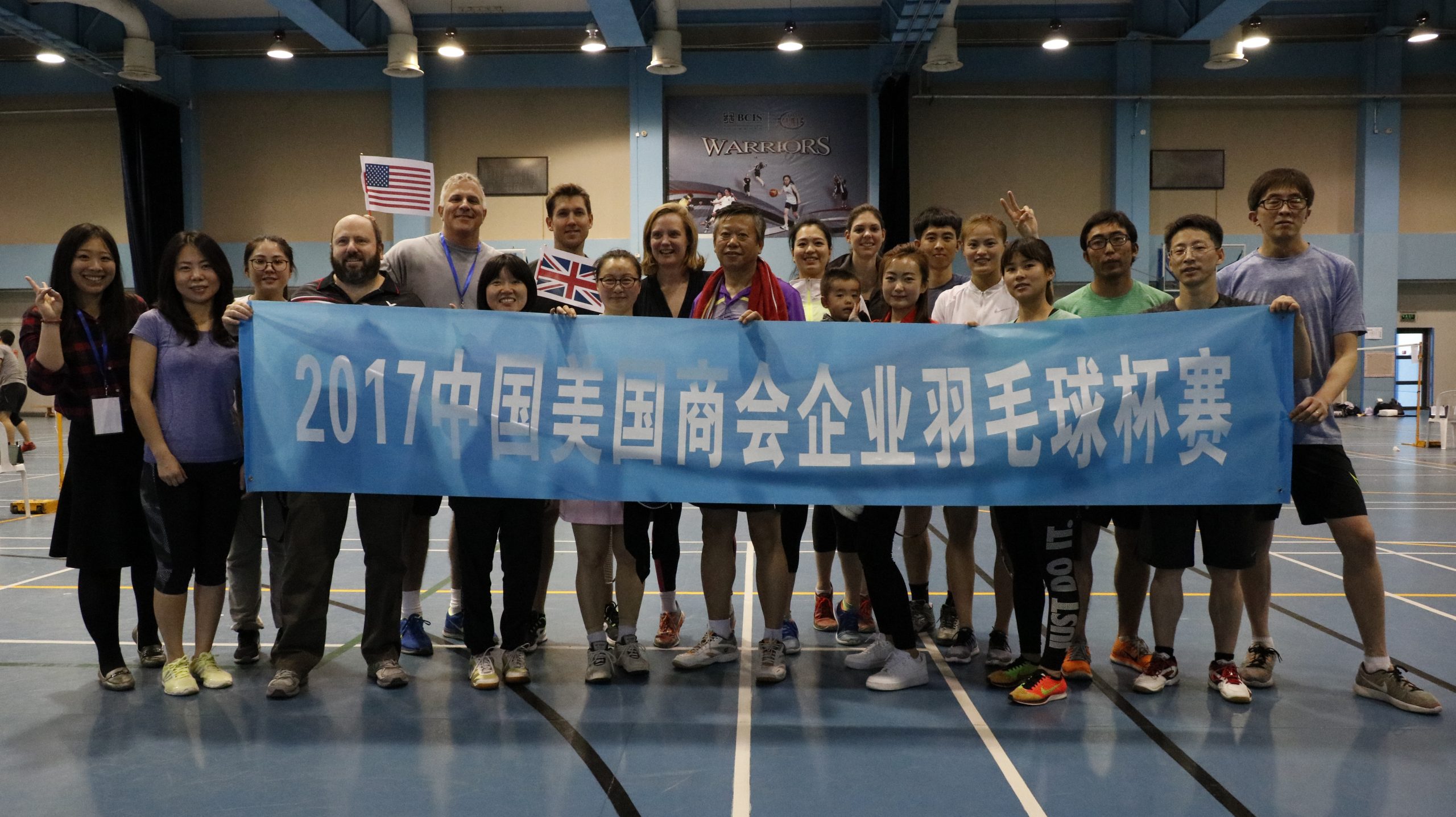 The first major sports event hosted by AmCham Sports Committee in 2017, the AmCham Corporate Badminton Cup, was a resounding success.  Held at Beijing City International School (BCIS) fieldhouse on April 15, the event attracted 16 corporate badminton teams to compete for the AmCham China Cup. More than 150 badminton fans and their families gathered together at BCIS to enjoy a day of exciting badminton play and a special guest appearance.

At the opening ceremony, AmCham China was honored by the presence of one of the most influential national badminton players, former Olympic champion and World Cup champion, Xie Xingfang, as our special guest. “I’m happy to see so many badminton fans here, I’ll try my best to support the development of badminton in China,” said Xie in her opening speech. Her appearance was a great surprise to everyone, the atmosphere was electric  as the matches started.

The competition started at 10am, with pool matches in the morning and knockout round and finals in the afternoon. Different from traditional competitions, the AmCham Cup adopted a unique matching system. Teams were ranked by total scores, and every single player was critical to determine the fate of the whole team.  8 teams advanced from the group match including JLL, Cushman & Wakefield, Pfizer, Oracle, AirTech, Sohu, ADM, and AmCham.

“Although we didn’t make it to the final round, we enjoyed the game very much. We have a very strong men’s double, but 1-2 seed players were not enough to take us into the finals. Under this new rule, every team player is important,” said Steven Ma from Standard Chartered.

Oracle and AirTech met each other in the final game. Two well-matched teams entertained the crowd with an exciting match. After each winning one match in men’s doubles and women’s doubles respectively, Oracle showed a slight advantage in mixed doubles and gained a narrow win of 21-18 in the deciding game, becoming the first AmCham Cup winner. Third place was a tie between Sohu and Pfizer.

“It was like a big party, everybody came here not just for the competition, but to enjoy the game and enjoy badminton. We all look forward to the Badminton Cup next year,” said Yan Min, team leader of the Oracle Warriors.

A special thanks to United Family Hospital for providing on site medical support for the AmCham Cup.  Experienced sports-injury specialists and well-prepared medical stations made the competition safer and more professional.

The event was also hosted with the kind support of AKJ Sportainment, a group of experienced professionals in sports business and financial investment. The AKJ team, with expertise and innovative ways of thinking,  is dedicating to the development of the new business of sports and entertainment in China.