The Future Ain’t What it Used to Be* 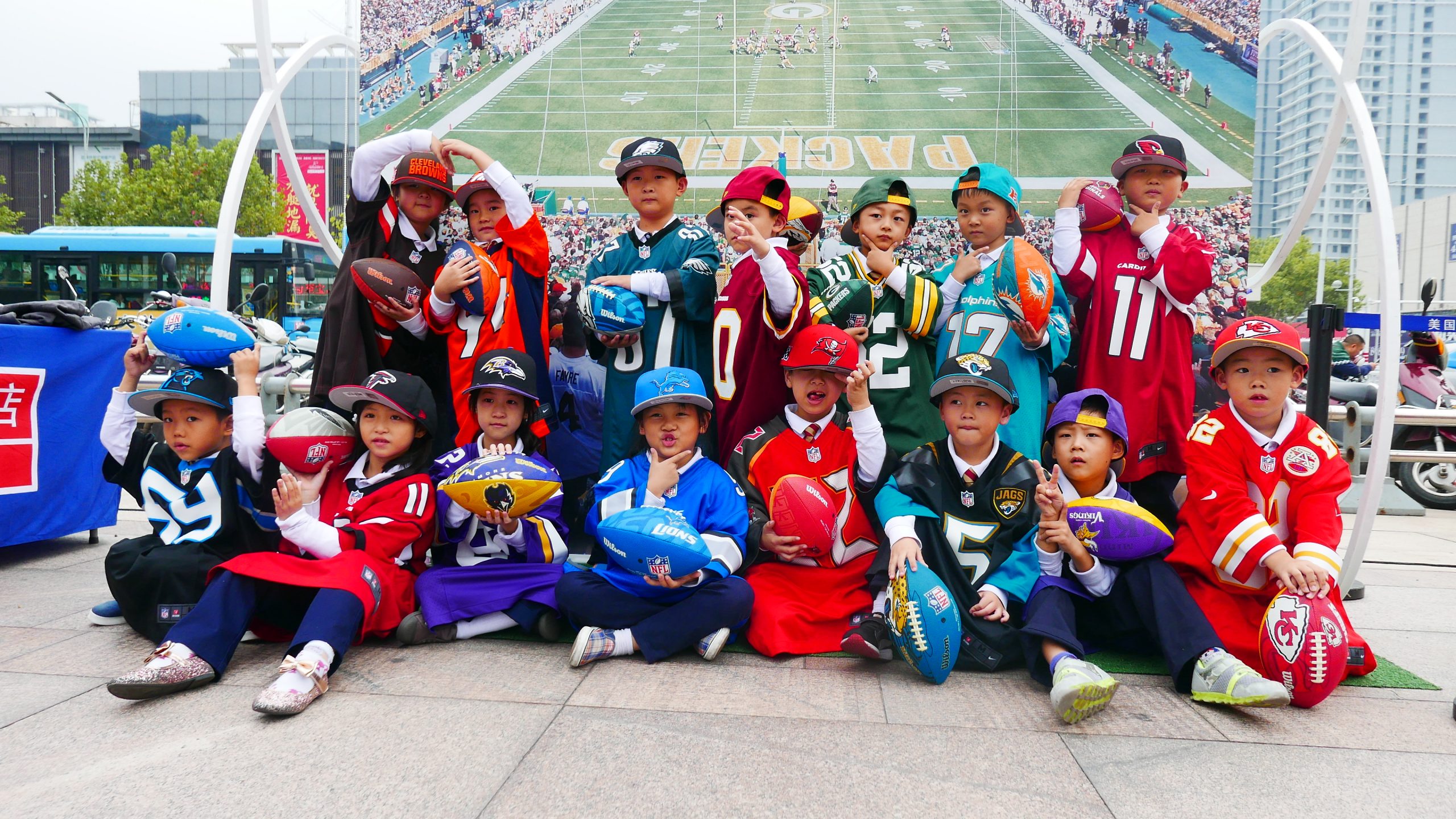 This is the second article in a series by Bryan on the sports industry in China. To read the first one, click here.

It's one thing for government or business to have a vision of how sports should play out in society, and quite another thing to actually execute that vision successfully. One of the beauties of sports is being able to watch great athletes perform gracefully under tremendous competitive pressure and conjure ways to win while making it look easy.

Success in sports is not straightforward and requires short-, medium-, and long-term perspectives and plans. China wants to be a player and the big question is not whether it can be, but what kind of a player it will be. If one were to argue, so far as sports industrial capacity goes, that you can only cross a river by stepping on one rock at a time, it seems China is taking some big first steps in global sports management.

Professional sports associations from the United States have been working with a variety of constituencies and markets in China and seem to be taking a medium- to long-term approach to development. From basketball to golf, and for all of leagues in between, foreign sports have been trying new ways to adapt to markets with Chinese characteristics, including changing consumer viewing habits, formation of domestic leagues, and grassroots development programs.

Benefitting from an early introduction to China, the NBA has made the most inroads into the Chinese consumer market. Today, more than 100 years after Christian missionaries from the YMCA introduced basketball to China, the popularity of the NBA is clearly at all-time high.

The NBA has teamed up with a dozen top-notch media partners in China to offer live games and content through television, laptops, and mobile, allowing fans to watch the games wherever they are and whenever they want. The league is celebrating its 30th season with CCTV and is live streaming more than 1,300 games this season in partnership with Tencent. During the 2015-16 season, more than 760 million fans watched at least one NBA game in China, and the NBA is the most-followed sports league on social media with more than 114 million followers.

Key indicators for the development of sports in China.

However, the NBA is nowhere near the ceiling in China. "I chalk up our current business success and popularity to being authentic and genuine with our fans," said NBA China CEO David Shoemaker. "If I fast-forward five years, the game remains just as popular from a viewership and merchandise standpoint and all the other ways in which we measure the success of our business. But the dramatic change is that people all over the country, particularly youngsters, are playing the game in school, in schoolyards, and after school and can't get enough."

While the NBA enjoys a huge head-start due to its long history in China, other sports have recently entered the market and enjoyed success. The NFL has been in China since 2007 and, even without the historical connection that basketball enjoys, has made a mad dash for popularity. Notably, the NFL has succeeded by increasing fan avidity and passion for the game through market-leading partnerships and focused marketing efforts.

In December 2016, the NFL became the first sports league to stream live games on Sina Weibo, one of the strongest social media platforms in China with over 297 million users. They also air on seven other digital platforms: Tencent, LeSports, Sina, PPTV, iQiYi, Youku, and BesTV, which combined have over 1.5 million cumulative unique viewers of live NFL games each week during the regular season.  The Super Bowl had over 12 million viewers online alone even though the game aired on a Monday morning in China.

While broadcasting and live-streaming games is an important way to build up its fan base, the NFL has also taken an active, hands-on approach to engage fans through experiential events. Their grassroots program is extensive and involves setting up onsite interactive games, on-field clinics, interactive skill challenges, and NFL pop-up shops with real NFL gear. The NFL even has an 18-wheel NFL Super Bowl Truck that tours China and growing interest and participation at the grassroots level through the NFL FLAG football program, now in its seventh year.

China wants to be a player and the big question is not whether it can be, but what kind of a player it will be.

It’s an exciting time for the NFL in China, with Kantar-CSM China research showing 1087% growth over the past five years to over 19 million fans. The research also shows strong brand recognition and association with quality and authenticity. Richard Young, Managing Director of NFL China, says: “We have seen strong growth in our fan base in China, particularly in the past five-to-six years and are looking forward to further refining our marketing and digital media partnerships to bring the NFL to the next level in China’s exciting sports market.  We see the growth in NFL’s fan base in China continuing for the foreseeable future.”

While American football is often thought of as a uniquely and quintessentially American sport, a different sport has long been considered “America’s Pastime.” Baseball, however, has also found success in Latin American countries and some parts of Asia – Japan’s Nippon Professional Baseball (NPB) league earned $1.1 billion in 2016, enough to crack the top 10 sports leagues in the world.

Elsewhere in Asia, Major League Baseball (MLB) signed a development agreement with the China Baseball Association in November of 2003. In the agreement, MLB agreed to provide resources and also retained the rights to recruit Chinese ball players.

MLB has also launched a grassroots program that includes a program called PlayBall and a Chinese Baseball Academy, in addition to holding events in China. The MLB China Series took place during 2008 spring training between the Los Angeles Dodgers and the San Diego Padres.

Despite a recent closing of more than 100 improperly developed courses in China to kick of 2017, golf has seen a resurgence from its status as a banned sport during Mao’s rule. With more than 10,000 youth players and more over 300 tournaments per year, golf is an increasingly popular sport in China; the most prestigious golf tour has even established a professional tournament in China. The PGA TOUR is the world’s premier membership organization for touring professional golfers, co-sanctioning more than 130 tournaments on the PGA TOUR, Champions Tour, Web.com Tour, NEC Series-PGA TOUR Latinoamérica, PGA TOUR Canada, and PGA TOUR China.

With all of this progress in sporting, it now appears that professional domestic sports management in China is ready to adapt global best sport practices. Recently, NBA Hall of Famer Yao Ming was appointed commissioner of the China Basketball Association. According to the USA Today, upon his appointment, the new Commissioner said that the next move will be “to borrow from international advanced experience, to thoroughly study China’s actual conditions and carve ourselves a path of innovation” while analyzing all aspects of the game from the national team to the youth program.

Furthermore the China Football Association has just begun a re-structuring to modernize its organization. Even the ivory towers of China are playing the game, with Peking University’s Guanghua School of Management recently announcing  a companion degree program with Columbia University’s School of Professional Studies Sports Management Program.

As Joan Oliver, former CEO of FC Barcelona from 2003 to 2010 and recognized as one of the keenest minds in global sports management, recently remarked at a Case Studies in Sports forum sponsored by the AmCham China Sports Committee: “With policy commitment and broad institutional support, will the sports industry in China grow with the same kind of dynamism and speed that we have seen in the real estate and digital industries in China? Only time will tell. But such a successful track record cannot be ignored.” In a country where even FIFA declares it is quite possible that the sport of soccer was invented, it would be a mistake to underestimate the capacity of this global player to reach the big leagues more quickly than expected.

Bryan Bachner is an individual member of AmCham China and the Co-Chair of the Sports Committee. He is general counsel for a leading private equity firm based in Beijing, and played professional basketbal in Hong Kong for 10 years. This is the second in a series by Bryan on the sports industry in China.