The Rise and Fall of the “Professional Complainer” 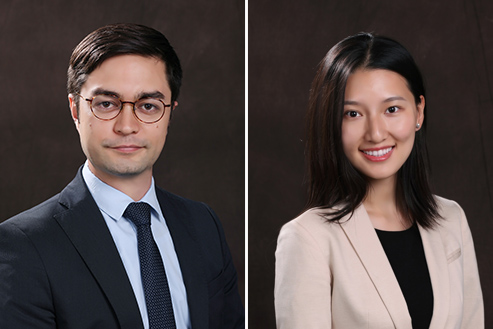 By Junni Ogborne and Ma Jiawen

Over the past decade, consumer brands and retailers in China have faced growing challenges from “professional complainers” that seek out defective products for compensation.  While the government has recently taken steps to curb professional complainers, they are likely to remain a problem for MNCs for many years to come, causing financial losses, reputational damage, and administrative burdens. MNCs, especially those in FMCG and retail, should be proactive in protecting themselves from the activities of these opportunistic predators.

Understanding how these professional complainers operate is essential to understanding the most effective methods to prepare for and to minimize the damage that they can do to a brand. In this article, experts from North Head’s Public Affairs team draw on experience working with FMCG and retail clients to share insights into professional complainers and how companies can protect themselves from their opportunistic activities.

Professional complainers emerged in the 1990s and 2000s, when the Chinese government faced growing demands to protect consumers from counterfeit and inferior quality products on the market that culminated in a deadly tainted milk scandal in 2008. Given the nascent state of consumer rights legislation at the time, many policymakers saw professional complainers as serving a useful function in rooting out defective products and helping to protect the public.

China’s legal framework has developed considerably since then, with new laws on food safety, consumer rights protection, and advertising. These laws have not only helped safeguard consumers, but also have increased financial rewards for product complaints, spawning a cottage industry of professional complainers.

Professional complainers received a further boost in March 2014, when the Supreme People’s Court (SPC) stated that courts cannot dismiss claims regarding food or drugs purely because the defective good was purchased knowingly. This guidance was widely interpreted as legitimizing profit-seeking complaints in all sectors, and lawsuit filings and success rates subsequently increased across many product categories in addition to food and drugs.

The complainer starts by identifying a flawed product, typically involving a minor technical infraction, such as mislabelling, rather than a serious quality defect. In some cases, complainers may even fabricate product faults by manipulating labels or intentional misinterpretation, such as reading production dates as “use by” dates.

Once a target is identified, professional complainers work in teams to buy specific batch sizes from local stores to maximize profit. When they believe it to be beneficial to their case, they also often collect further evidence including product testing. Having built a case, the team often first seeks a private settlement with the relevant retailer and producer to quickly cash-in on their haul of flawed products. If this does not work, the complainers move on to file a lawsuit or lodge a compensation claim with the local regulator. In addition to the cost of paying for damages, these claims also create significant administrative work for company representatives.

Teams carefully collect target items according to the compensation available under relevant laws, often calculated as a multiple of the product value. For example, complaints against food brands have risen since China’s 2015 Food Safety Law increased the compensation for non-compliant food items. Online advertisements claimed to mislead consumers have also become a popular target under the 2015 Advertising Law, which has imposed strict rules on claims that can made in adverts.

These organized operations also disseminate intelligence on target products across professional complainer networks throughout China, including via WeChat, which members pay a fee to join. As a result, when businesses are confronted with one complaint, they often have to deal with the same claim in multiple localities across the country. There are even training schools where budding complainers learn about the relevant articles in consumer rights laws and how to spot vulnerable products.

Professional complainers have also developed a strong understanding of bureaucratic procedures and use this to their advantage when regulators do not grant their demands. They may do this by filing complaints against individual officials or requesting administrative review (xinzheng fuyi) to appeal unfavorable decisions, aware that such actions are detrimental to regulators’ performance appraisals.

To public affairs professionals with experience in this arena, there seems to be a growing feeling within Chinese government agencies that opportunistic professional complainers are contributing little to consumer welfare. Repeat filings and time-wasting appeals by the same groups of complainers clog the inboxes of local regulators already struggling to supervise ever-expanding markets, delaying response time to genuine consumer complaints.

Reflecting this shift of attitudes, the State Administration of Industry and Commerce (SAIC) explicitly excluded professional complainers from its most recent November 2016 draft of Implementing Rules for the Consumer Rights Protection Law. The all-important Article Two of this draft states that consumer rights protection should only cover purchases for personal consumption. If kept in the final draft, Article Two would undermine the position of professional complainers and support businesses in future disputes against such individuals. The draft regulation is currently under review by the State Council and has been subject to intense lobbying from retailers, producers, and professional complainers.

May 2017 saw another positive development when the SPC issued a letter to the SAIC seeking to limit the activities of professional complainers. Clarifying its 2014 guidance on the issue, the SPC reaffirmed that professional complaints are only legitimate in the food and drug sectors and should not be supported in cases involving other consumer goods. This intervention is expected to reduce the number of lawsuits and complaints filed outside the food and drug sectors and lower the success rate when such claims are made. Ruling in a professional complaint case in June, the Guangzhou Immediate Court declared that profit-seeking complaints are inappropriate and go against the “core values of socialism.”

What can consumer brands do?

Recent legal developments indicate that attitudes about professional complainers are slowly shifting, due in large part to the burdensome nature of their activities. After the new Advertising Law came into effect and e-commerce giant JD.com changes its after-sales policy in 2016, the 30 staff in the office for the Administration of Industry and Commerce (AIC) in Yinzhuang, where JD.com’s headquarters are located, received more than 23,000 complaints.

While the law is slowly developing to better protect both businesses and consumers from the predatory behaviour of professional complainers, in the near term, MNCs are likely to remain vulnerable to this type of behaviour and must remain cognisant of the potential cost to reputation and resources.