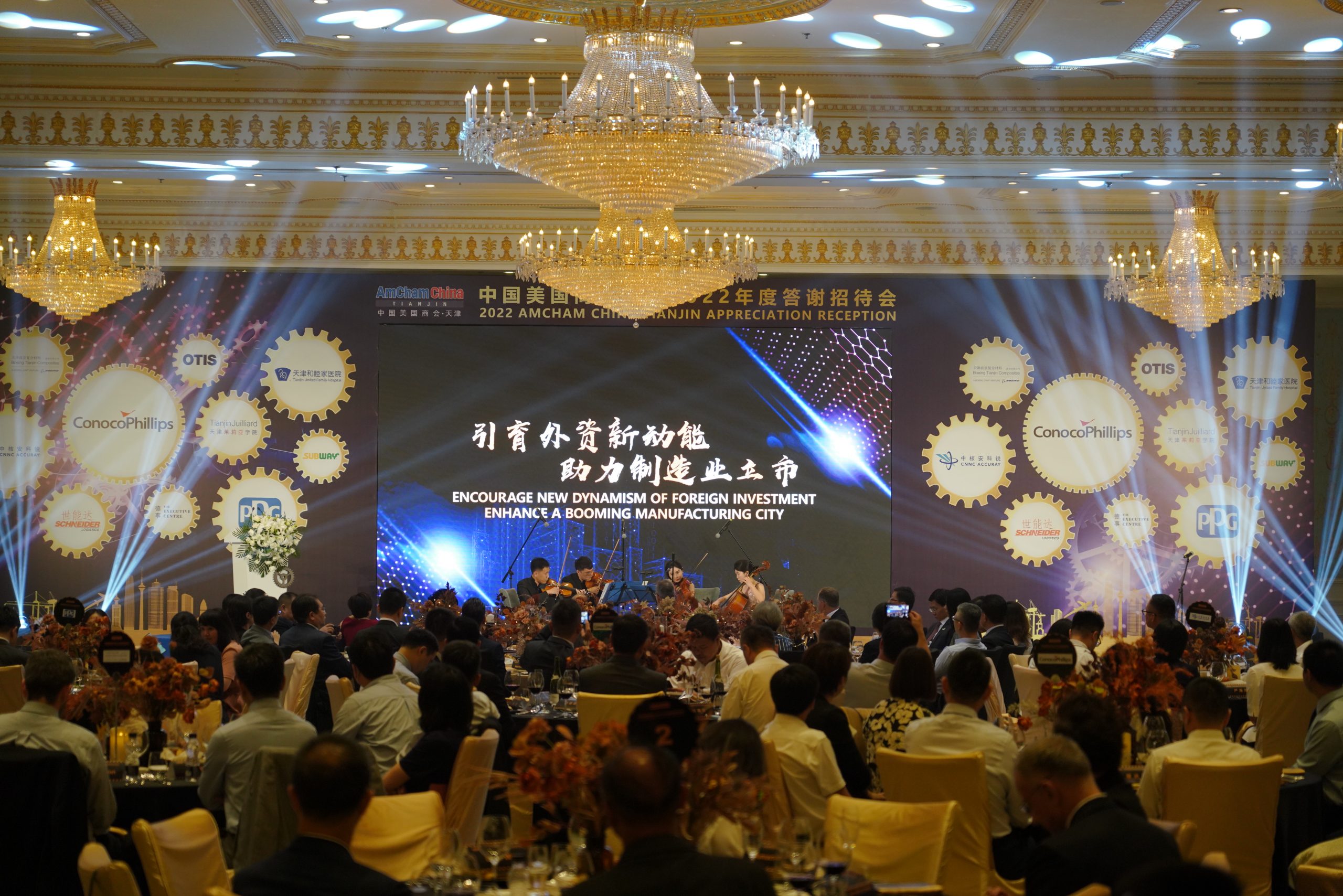 Following the exhibition, the AmCham China team was joined by representatives from 13 departments of the Tianjin Municipal Government. During the meeting, Hart delivered the 2022 American Business in China White Paper (White Paper) to the Tianjin Municipal People’s Government. Both AmCham China and the government officials in attendance stressed the importance of American businesses to Tianjin and their joint hope for future investment.

The day ended with the Appreciation Dinner Reception Banquet. 150 guests joined the reception at the Ritz-Carlton, Tianjin. A quartet performance courtesy of the Tianjin Julliard School opened the banquet, after which Hart and Williams delivered the White Paper to 12 Tianjin Municipal Government Departments:

Following the White Paper deliveries, the evening’s keynote speech was delivered US Ambassador to China Nicholas Burns who spoke in pre-recorded remarks.  keynote speech video recorded by the US Ambassador to China Nicholas Burns, After that, the Tianjin Bureau of Commerce Deputy Director General He Zhineng gave remarks. In his remarks, He stressed his appreciation of the Chamber’s work as a bridge between foreign companies and the government. After the speeches wrapped up, guests were free to enjoy the banquet dinner and mingle with the Tianjin business community and government representatives.