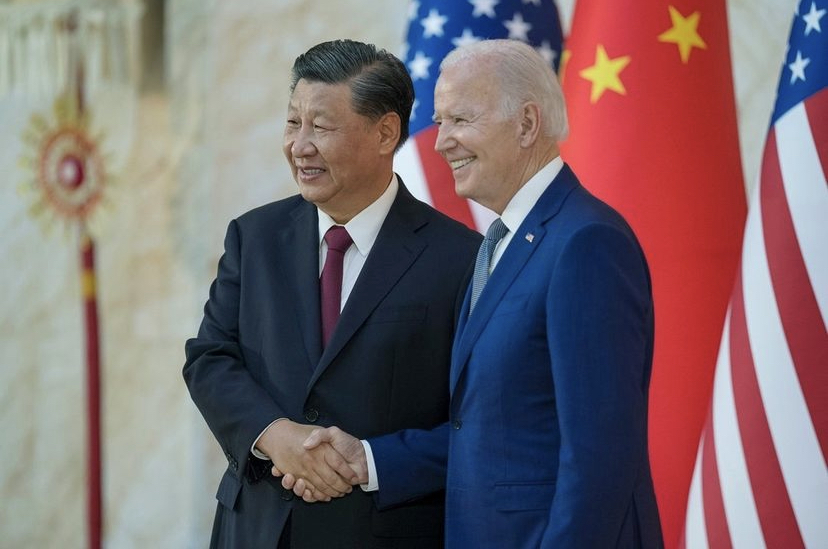 The US Secretary of State, Antony Blinken, is set to visit Beijing following an apparently cordial meeting in Bali between US and China Presidents Biden and Xi. Their three-hour personal meeting was followed through with a number of specific points concerning areas of political stress, with both sides seemingly keen to walk back on a number of issues of concern. Trade is likely to be the ultimate winner, however we briefly discuss outstanding political areas as follows:

That said, President Xi has often stated elsewhere that China does not agree with a unipolar world led by the United States and instead wishes to see the rise of a multilateral world order. It appears difficult for Beijing to be able to reconcile the two, suggesting that point one is more of a temporary measure – unless the US and China have come to some sort of agreement concerning the future of Russia. Time will answer this issue; however, the continuing development of the BRICS and SCO appears to suggest this issue will remain complex.

Xi stated that both countries engaged in democracy yet in two different styles: US democracy based on capitalism and Chinese democracy based on ‘people’s values (socialism)’. Neither system, he said, was perfect but a greater understanding and respect of each other’s systems would be advantageous.

Biden played down the possibility of conflict here, stressing US commitment to the ‘One-China’ principal as well as advising that Washington did not see any reason for changing the status quo – meaning that it was advising Beijing against military action. Taiwan has the potential to blow up again, however it seems that the antics of the past such as Nancy Pelosi’s visit are more likely to be curtailed in future.

Both Presidents reiterated that nuclear weapons should never be used, seen as a rebuke to Russian President Putin in Western media but in actuality a confirmation of an already-existing principal. Neither US nor Chinese media contained any comment on the Ukraine situation from the perspective of the Biden-Xi meeting. That said, it is highly likely that private discussions are being held behind doors at the G20 summit with numerous involved parties to try and find a solution. The Russian Foreign Minister, Sergey Lavrov is attending the event.

Xi stated that China was against weaponizing trade through the use of sanctions, imposition of tariffs and financial systems exclusion without reference to the WTO for debate and that the United States was ‘incorrect’ in using these unilateral mechanisms to get its way.

Also attending the meeting and present at the G20 was US Treasury Secretary Janet Yellen, meeting with Chinese financial and economic counterparts, who said she was looking to develop ‘a more certain atmosphere’ for US businesses in China. It is not clear what was meant by that remark; however, it is true that on the ground in China, many US businesses have been unsure about the overall policy direction Washington has had as concerns China trade and investment, with tariffs being levied at short notice and with little apparent thought being put into consequences. Reading between the lines, I suspect this may herald a more considered approach by the US towards China in terms of paying more attention to US business interests as opposed to outlier political views. If so, this is an encouraging sign.

Antony Blinken is the US Secretary of State, with responsibilities of carrying out American foreign policy on behalf of the President. His proposed visit to China (likely to be in Spring 2023) would be the first by a US Secretary of State since 2018, although Blinken met with China’s Foreign Minister Wang Yi in September this year at the UN.

There are numerous reasons to believe this trip, although it will continue to manage political issues between the two countries, is likely to include a significant US trade delegation.

This is because the recent CPC Congress outlined China’s plans to increase its middle-class consumer base by an additional 400 million by 2035, and has subsequently issued motivations to allow this to happen – including further expansion of the ‘Encouraged List‘ of permissible imported products, and expansion of the ‘Negative List‘ in terms of permissible foreign investment sectors in China. All this will be of great interest to US manufacturers and exporters, as will China’s membership of the RCEP Trade Agreement, which also includes all ASEAN nations, as well as high value markets such as Australia, New Zealand, Japan and South Korea. As China-based manufacturing is more competitive than these additional markets, opportunities exist to reach out to sell to consumers in Japan for example, while manufacturing all or part of the production in China and using the RCEP trade agreement to do so.

Trade appears the winner here, not just in terms of an overall easing of US-China tensions, but frankly, to assist the US economy – which is fast heading for recession in the wake of increased energy prices and inflation, which is currently running at just under 8%. In order to prevent a worsening of the US economy during 2023 – and to better boost chances of a Presidential re-election in 2024 – Biden needs to give the economy both some stability and reassurances. Increasing trade with an economy the size of and with the capabilities of China would do just that. Coming political and media attention will point to an increase in US-China trade and investment ties during 2023 and 2024.

Chris Devonshire-Ellis is the Chairman of Dezan Shira & Associates and is a global influencer concerning China. He has a 30+ China career and has written more than 20 books on foreign investment subjects into China and Asia.