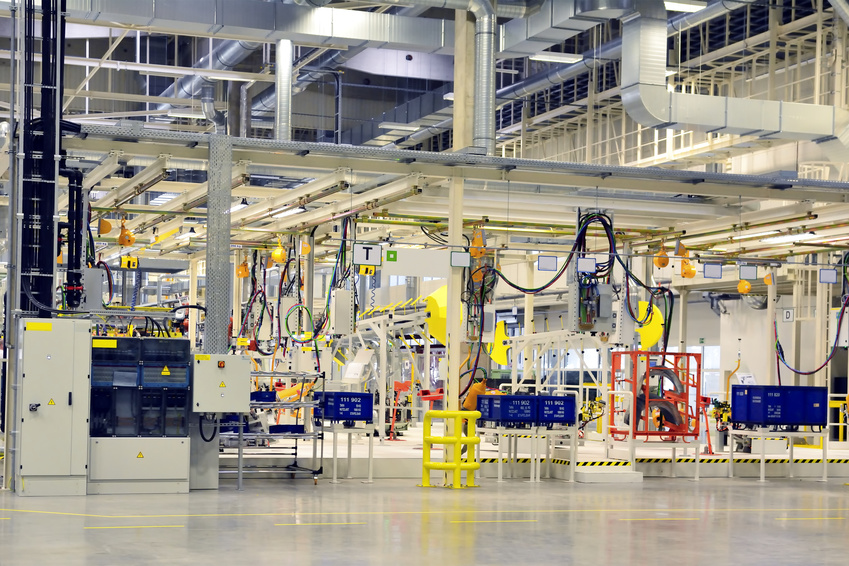 In March, Chinese Premier Li Keqiang announced the “Made in China 2025” economic initiative. At its core, this program seeks to remake Chinese manufacturing by reducing labor-intensive production in favor of high-tech machinery and goods. As Li put it, the strategy will “upgrade China from a manufacturer of quantity to one of quality.” The transformation being proposed is crucial to China’s continued growth and stability and will require corresponding financial reforms. The US and Japan both went through similar processes in the late 20th century, albeit without the need for such extensive economic reforms. As these examples show, there are important implications for China and the future of the global economy.

When assessing the initiative, it is important to note the recent 37-page China Economic Update from the World Bank stressing the need for Chinese economic reforms, the general lack thereof, and the repercussions of failing to implement them. Although a portion of the report’s sharply critical language was subsequently removed, it is evidence of just how difficult it will be to execute Made in China 2025 without structural changes. Current policies such as top-down government funding of venture capital, promotion of national champions and biased economic policies supporting indigenous innovation will probably function in the short term, but make it unlikely that any substantive goals will be reached in 2025.

China wants to increase innovation and manufacturing efficiency to achieve basic industrialization by 2025 so as to compete with developed manufacturing powers by 2035 and to lead the world’s manufacturing by 2049. The government has prioritized:

The plan also lays out some specific targets for production and efficiency. For example, China wants to raise the domestic content of core components and materials to 40 percent by 2020 and 70 percent by 2025. The government also wants to increase R&D as a percentage of sales from 0.95 percent to 1.68 percent, increase labor productivity by an average of 7 percent annually through 2025, and reduce energy and consumption per unit of added value by 35 percent by 2025. In addition, China wants to create 40 innovation centers and a private-equity market for small and midsize enterprises.

Specific details of how China intends to reach these targets are unclear. Thus far, China has earmarked RMB 40 billion (US $6.38 billion) to facilitate these developments, although the Chinese government has implied that it will not abandon its support for a more market-based economy. Made in China 2025 calls for further marketization, as well as strengthening intellectual property rights for small and medium-sized enterprises, which should increase their ability to compete. Given China’s tendency towards various forms of protectionism, however, there is some cause for concern.

China’s decision to move up the manufacturing value chain makes perfect economic sense, but its success is by no means guaranteed. Since 1983, China’s export-led growth model has depended on China being the world’s factory. China, however, is committed to balancing its economy by promoting services and domestic consumption. In recent years, China’s manufacturing sector has struggled with rising wages and low international demand. Minimum wages in Shanghai and Beijing have risen 50 percent since 2010, causing many of those jobs to move to less developed nations like Vietnam. GDP growth continues to slow as well.

Now searching for new sources of growth and investment, China wants to emulate countries like Germany and Japan by moving up the value chain. Increasing the amount of skilled labor and automation in manufacturing, as the Made in China 2025 plan calls for, is likely to raise unemployment. The current manufacturing labor force, or at least the older portion of that force, may struggle to develop the skills necessary to function in more complex manufacturing jobs or in a move to the service sector. This is very similar to what occurred in the US when low-skilled manufacturing jobs were either taken over by automated processes or moved abroad. That could reduce demand and thus sabotage China’s larger economic goal of increasing domestic consumption. It is something the Chinese government will be wary of, and may complicate the implementation of the Made in China 2025 initiative.

Overall, there is clear cause for concern on the part of foreign invested manufacturers in the industries identified above. High-tech manufacturers will have to contend with a new source of competition. The companies they compete against may be highly subsidized or otherwise favored by the government. To what extent they are favored remains to be seen, but Made in China 2025 also has goals beyond modernizing and localizing China’s manufacturing. For example, it seeks to raise the international recognition of Chinese brands in sectors that are historically the province of Western brands. Chinese investment abroad will be encouraged, as will a better cultural understanding of the West and how brands can appeal to consumers there. Western management techniques and best practices will also be emulated.

With that said, Made in China 2025 also presents opportunities. Foreign companies may be able to establish beneficial positions in the sectors that the program emphasizes. Made in China 2025 is a tacit admission that China cannot presently compete in these industries. Chinese companies will require some help from multinational corporations as far as procuring components, integrating technologies, and managing these new, high-tech facilities. Finally, it is reasonable to believe that for the plan to be successful, additional economic and educational reforms will be necessary. Such reforms could help the Chinese economy, raise the standard of living for a larger portion of the population and benefit multinationals in industries such as healthcare, leisure and retail.

For all of these reasons, businesses and governments worldwide will be watching closely for further information about Made in China 2025 as well as the progress of any financial reforms. Though the potential threat cannot be ignored, it may not be the death knell for high-tech manufacturing in countries like the US, Germany or Japan. Businesses need to be aware of the program and develop strategies not only for how they will fend off Chinese competitors but also to identify and seize the opportunities that the program does present.