What to Expect from any US-China Trade Deal 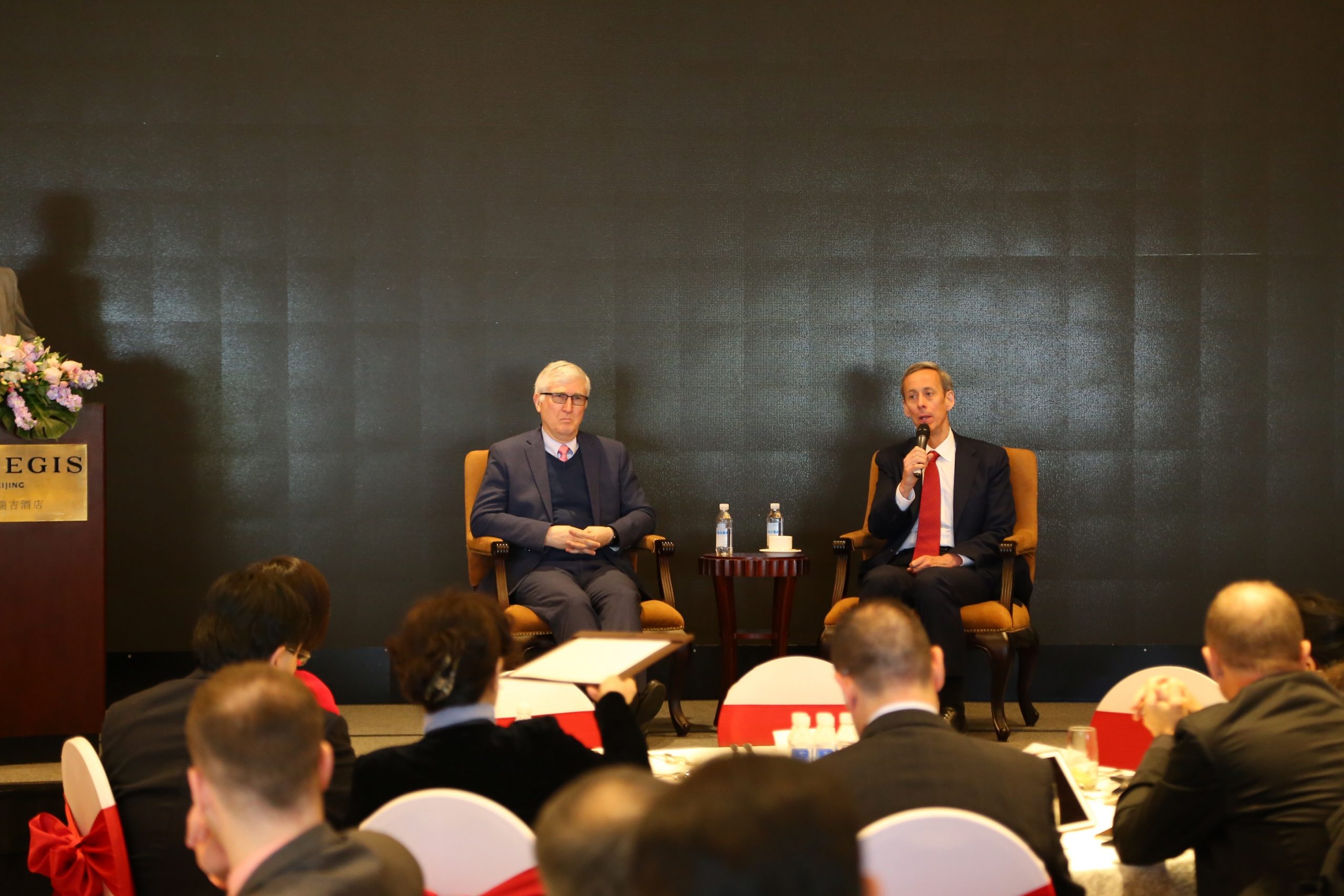 More than 100 executives from the wider US-China business environment packed into the St Regis Hotel ballroom in downtown Beijing on March 25 to discuss the most pressing issue of the day: US-China trade negotiations.

Presidents Trump and Xi have a lot to discuss when they next meet – but the date of that meeting has yet to be fixed. And while the two sides are reportedly getting closer to a deal that will address the US-China trade deficit and tackle the many structural issues in the relationship, nothing is certain given the volatile nature of the relationship over the past 12 months.

In an exclusive member-only event, Tim Stratford, Chairman of AmCham China and Craig Allen, President of the US-China Business Council (USCBC) shared a stage to discuss what the highlights of any agreement might be and analyze the implications for the US business community in China.

AmCham China Chairman Tim Stratford began by outlining the challenges facing trade negotiators and explaining the precise nature of what their discussions are about. He noted that many outside of those closed-door sessions are confused about the precise nature of the negotiations, partly due to mixed messages being delivered, emphasizing that the trade deficit is merely a side issue to the larger, ongoing debate. He further remarked that the fact that presidential tweets can greatly impact the stock market one way or the other shows that many people really aren’t aware about the fundamental issues that need to be resolved.

Stratford then drew the analogy of the Super Bowl winners coming head-to-head with the World Cup winners – both sides are prepared to play “football”, but each has a very different idea about the game taking place.